Popular esports and entertainment organization FaZe has announced a special merch drop in collaboration with sportswear brand ‘Champion,’ just ahead of Black Friday.

FaZe announced the drop in a Tweet on November 22. Their post revealed that this latest collaboration with Champion is a limited-edition release only, and will go live at midnight, Eastern Standard Time, on November 23.

FaZe owner Yousef ‘Apex’ followed up the announcement with a second Tweet, revealing promotional images of two limited edition hoodies in red and black. Judging by the picture used in FaZe’s initial Black Friday Tweet, fans may be able to cop a pair of matching sweatpants, as well.

Apex had even teased the drop far ahead of time, on November 16, hinting that the collab could be available for purchase for just “one more day.”

This announcement follows FaZe’s initial collaboration with Champion earlier in November, where the org sold a limited number of 100 hoodies at ComplexCon in Long Beach, California. While this drop was exclusive to convention attendees, this next opening is available to anyone – should they manage to get in early enough. 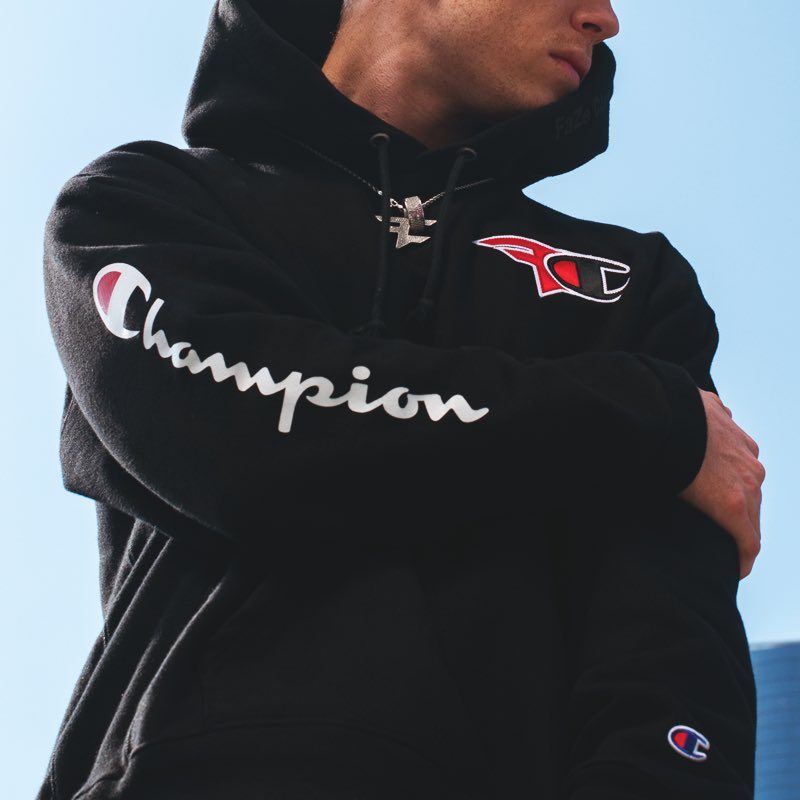 The collab between these two brands is quickly shaping up to be one of the most rare and exclusive drops in all of esports history.

With only 100 hoodies currently existing in the wild and a limited drop set to release on Black Friday, there’s no telling when the line will be available for purchase again.