British strongman Eddie ‘The Beast’ Hall has revealed his insane new diet ahead of his boxing bout with Hafthor ‘The Mountain’ Bjornsson.

Eddie Hall and The Mountain have decided to settle their ongoing feud in the ring after the Game of Thrones star issued his fellow strongman a challenge following his record-breaking deadlift on May 2.

Despite The Mountain’s stature and strength, Hall was eager to get involved for the fight and later revealed, on True Geordie’s podcast, that he was not taking the fight for the money or to settle the deadlift feud. 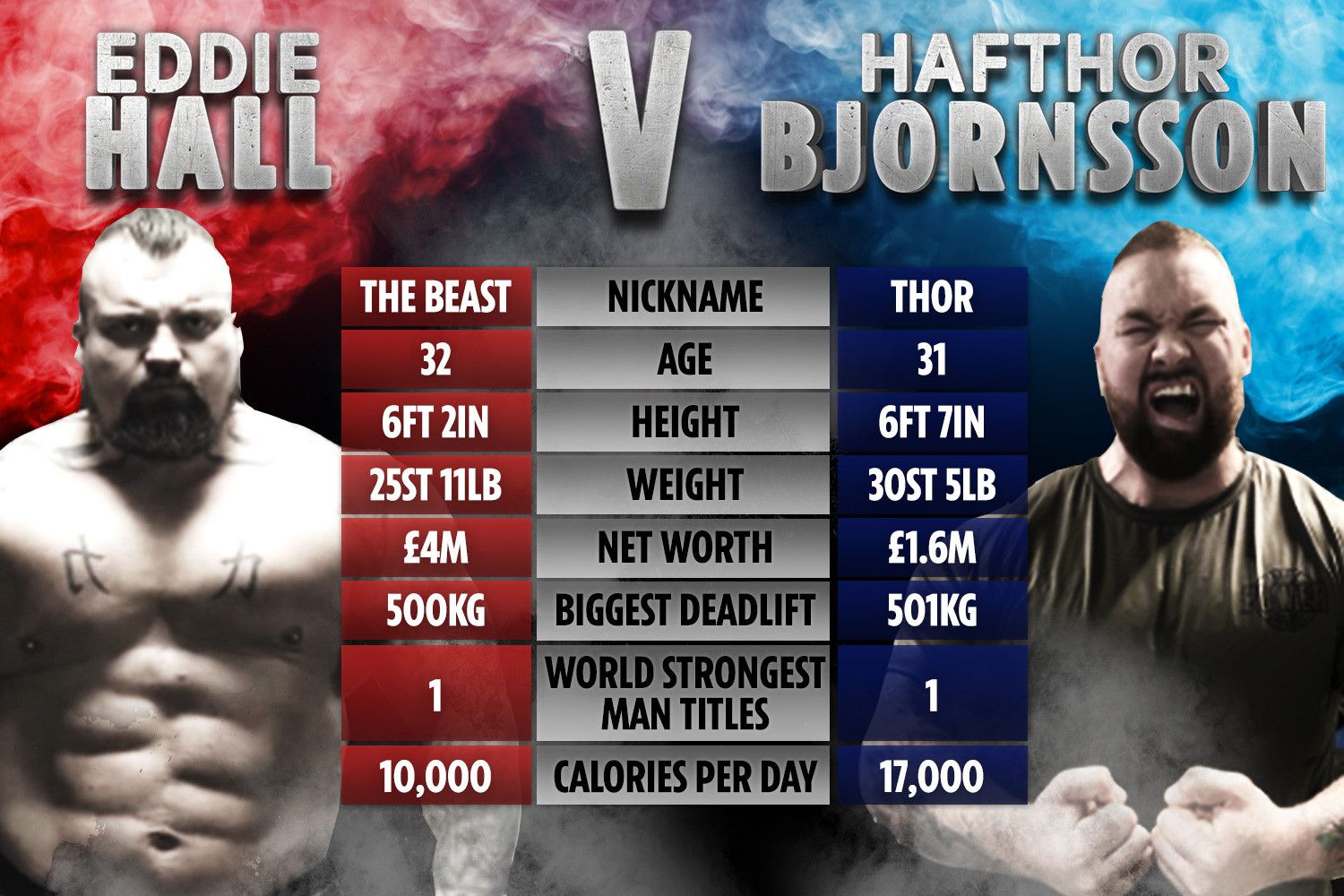 Eddie Hall agreed to Bjornson’s boxing challenge and is already preparing for the fight.

He instead revealed that his feud with The Mountain was a personal one, adding that the Icelander had accused him of cheating at the World’s Strongest Man 2017, which was the starting point for their ongoing rivalry.

During his latest YouTube video on June 14, Eddie explained that he has already immersed himself in the role of a “full time boxer” and shared the incredible new diet he is on for his training camp.

Hall revealed that he is only consuming 6000 calories per day, compared to his previous 10k a day estimate, and gave fans a behind-the-scenes look at his process for getting into boxing shape, documenting all of his meals throughout the day.

The popular strongman explained that he actually fasts before and after his sleep, only taking vitamins and coconut water in the morning before starting the day with a power walk.

After returning from his first exercise, Hall finally tucks into his breakfast, before taking on an arduous 3-hour strength & conditioning session shortly after and a boxing session later in the day.

He explained that he gets most of his meals in between each session, with numerous shakes and meals to keep him going throughout the day, which adds up to around 6000 calories overall.

However, his opponent, The Mountain, has not been slacking off either, as Bjornsson also shared his progress in preparation for the fight, highlighting his insane weight loss so far in the journey.

While both athletes still have plenty of time to train for the bout, which is scheduled to take place in September 2021, it seems as if they are both getting started early in preparation for the long-awaited showdown in their ongoing feud.