“You could transfer quest items into the stash for quest items by going to the tasks tab and selecting the items, and click transfer to avoid bringing quest items…” the streamer read quickly before beginning to doze off. (Timestamp 1:08)

He may not be Ewan McGregor, but Dr Disrespect became Dr Sleep

The instructions certainly killed all the violence, speed and momentum the Doc had as he fell back in his chair and pretended to be fast asleep. Just to sell it home, the entertainer started snoring for good measure.

For over ten seconds straight, the former level designer started dreaming as the game tried to match him into another round.

While the donation certainly wasn’t the most interesting in the world, that doesn’t mean Doc doesn’t get messages he enjoys. Earlier in the video, the former Blockbuster video game champion read a fifteen dollar donation referencing when he wielded a hatchet in-game, and chat laughed at him.

“F**king kappa faces,” Doc laughed, and proceeded to do his best impression of the TotalBiscuit LUL and Kappa emotes.

For his part, Disrespect has been a major supporter of Escape from Tarkov, even claiming to be “addicted” to the rising FPS title. 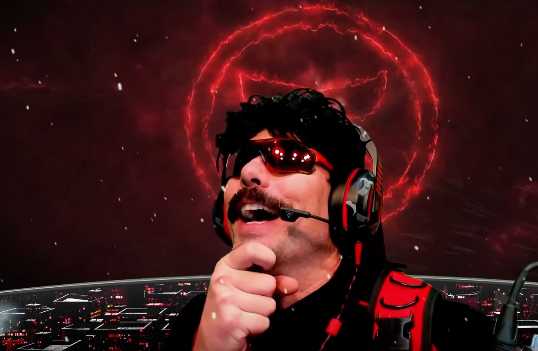 Earlier in January, he praised the game for its attractive quests. “This whole dynamic of scavenging, having NPCs and player-controlled scavengers, and these intervals of which you enter and extract from a server. It’s that whole meta of the game, it’s very intriguing,” he said.

Hopefully, the game continues to impress. Otherwise, it may be more than just boring donations that put the Twitch star to sleep.