David Dobrik gives away another car to his assistant Natalie

David Dobrik is one of the biggest names on YouTube right now, and has become well-known for buying expensive cars and gifts for his friends. Now, his assistant Natalie is the lucky recipient – for the second time in the past year.

For her birthday in 2018, Dobrik bought Natalie a brand-new Mercedes, making her frequent Chipotle trips to collect food for him infinitely more exciting. Not only this but he has given countless experiences, such as Super Bowl tickets, to his friends and the people who have supported him.

Now, though, it’s a new year and a new birthday for Natalie, and David had to one-up the gift he gave her last year somehow. It’s safe to say, he probably managed it. 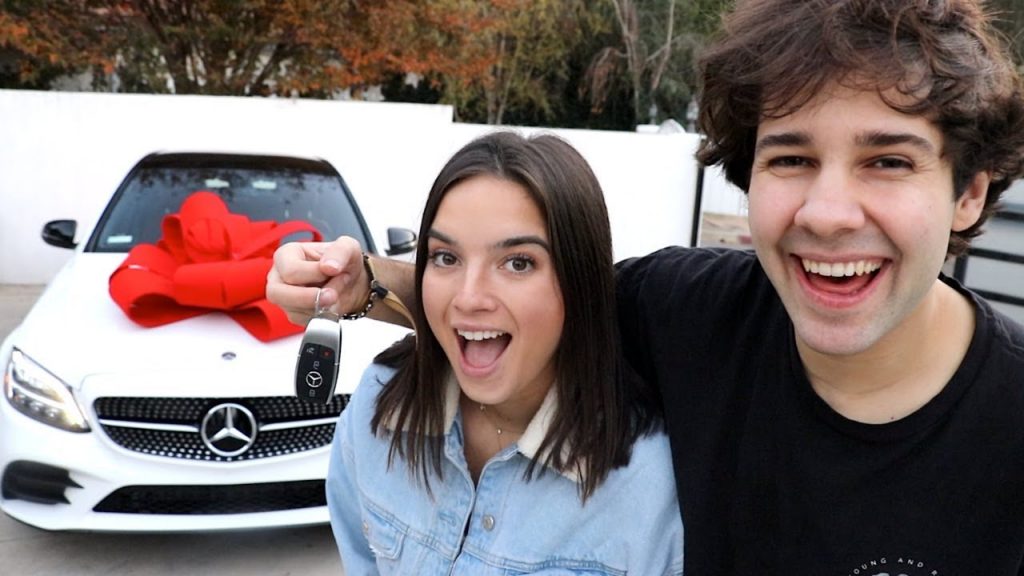 His vlog was playing out as it always does, pranking his friends, breaking things, and people getting hurt, before it paused on a still of Natalie, with David briefly explaining the roots of their friendship and working relationship.

He then says, “It’s her birthday this week, and also our two-year anniversary of working together, so I decided to get her her favorite baby blue Ford Bronco.”

When he gathers his friends round to present the gift to Natalie he asks her to guess, telling her it’s “something you and your Mom both love and have both talked about.” Realization dawns on Natalie’s face as she tells David to shut up and refuses to believe it.

Naturally, Natalie starts questioning David but, by the time she gets outside and sees the car, has a face of sheer delight, literally jumping with joy.

She even jokes about having to take more vacations when David referred to it as a “beach car”, but he quickly (jokingly) shut that down.

The estimated base price of the 2020 Ford Bronco is $30,000, which definitely isn’t a cheap gift by any stretch of the imagination.

While this is expensive, $30,000 is by no means the most Dobrik has spent on a car for his friends. In August 2019, he surprised friend and Vlog Squad member Heath Hussar with a Lamborghini Huracan worth $300,000, leaving Hussar in tears.

This doesn’t much help to dispel the rumors that David and Natalie are dating, which are ramping up day-by-day, but if they are just friends and colleagues then one thing is confirmed: we all need a friend like David Dobrik.