YouTuber and wife of Jake Paul, Tana Mongeau, has teased rumors that she is dating fellow YouTube star David Dobrik amid difficulties in her relationship with the younger Paul brother.

Mongeau has never been one to shy away from the spotlight, having taken advantage of every opportunity to grow her personal brand and find more success. While many fear that her marriage to Paul may have been for this reason, the two assured their fans frequently that the relationship was entirely genuine.

However, after what appeared to be weeks of instability, Mongeau recently shared that she and Paul will be taking a break. It seems, though, that she might not be wasting any time find a new suitor. 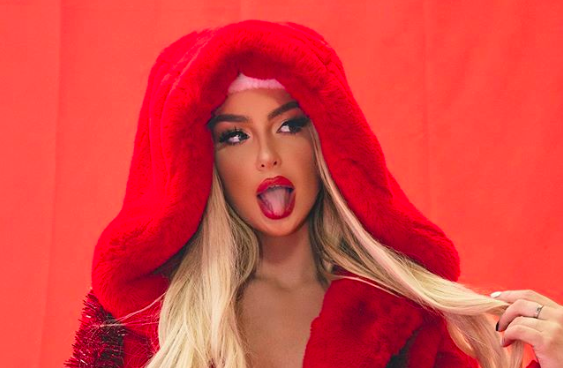 Tana has a well-documented past with Dobrik, having appeared in each other’s videos multiple times and seeming to have a very solid friendship – albeit, with Tana’s natural flirtatious side sometimes raising questions over what their relationship is.

Though Dobrik always seemed to be uninterested in videos, Tana tweeted on January 6 implying that he had been texting her regularly over the previous couple of days, but she had been “coincidentally napping” when her notification goes off, saying she “changed his text tone to an alarm tone because 2020 is not a year of f**king up my bag.”

This could, obviously, mean nothing, but her fans came out in full force telling her that they “shipped” the couple and how much they want the two to be in vlogs together again.

However, the teasing didn’t end there. Life & Style magazine later wrote a piece on the tweet, questioning whether there was a spark between the two online megastars, and tweeted Mongeau and Dobrik asking whether they’re dating.

While most would ignore a tweet such as this, Tana didn’t, instead retweeting it for her two million followers to see. It almost looks like a confirmation, or at least a notice that she was aware of the rumors and not interested in dispelling them. 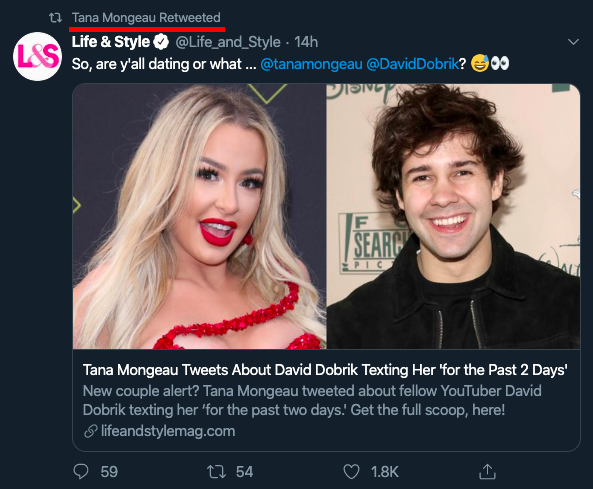 Tana retweeted the article, helping escalate rumors of her relationship with Dobrik.

Obviously this could mean nothing, with many of the responses to the tweet saying that Tana is “clout chasing” or that there’s no way it would ever happen.

With the way these YouTube personalities are sometimes, you can never be quite sure what’s real and what isn’t, but Dobrik’s love life is becoming a hotly-debated topic.

Some are interested in him and Tana, some in him and his assistant Natalie, but if there does turn out to be any kind of romantic relationship between these two, we’ll certainly know about it soon enough.