David Dobrik has officially launched his new mobile app ‘David’s Disposable’ – a photo app with a retro feel – to his millions of fans and subscribers.

Dobrik has become a YouTube phenomenon in 2019 thanks to his extravagant lifestyle and purchases, all supported by his friends in ‘the Vlog Squad.’

One thing that fans have picked up on and love, though, is David’s second Instagram account, called David’s Disposable – and now he’s come up with a new way to bring disposable photos to his audience in a much more modern way. 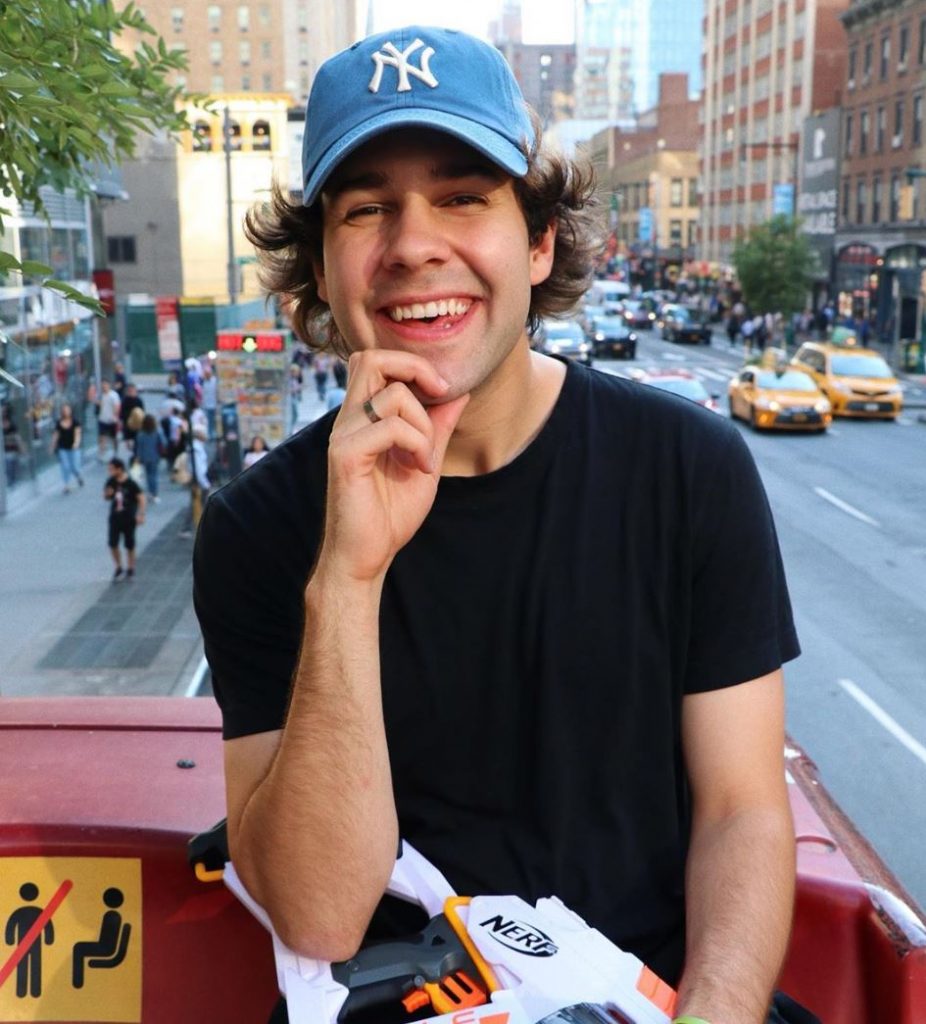 Dobrik has become one of the internet’s biggest stars throughout 2019.

Dobrik has officially launched his app, David’s Disposable, which allows users to create disposable-style photos similar to his own.

“It’s super easy to use! Just open the app, take your photos, and wait for them to develop. At 9AM every day, you will get a notification that your photos are developed and ready to be viewed, similar to actual disposable cameras. Plus, no more having to waste money buying cameras from the store. We’re bringing high-quality film to your phone. And the best part… you can actually order your photos as prints direct from the app straight to your home.” 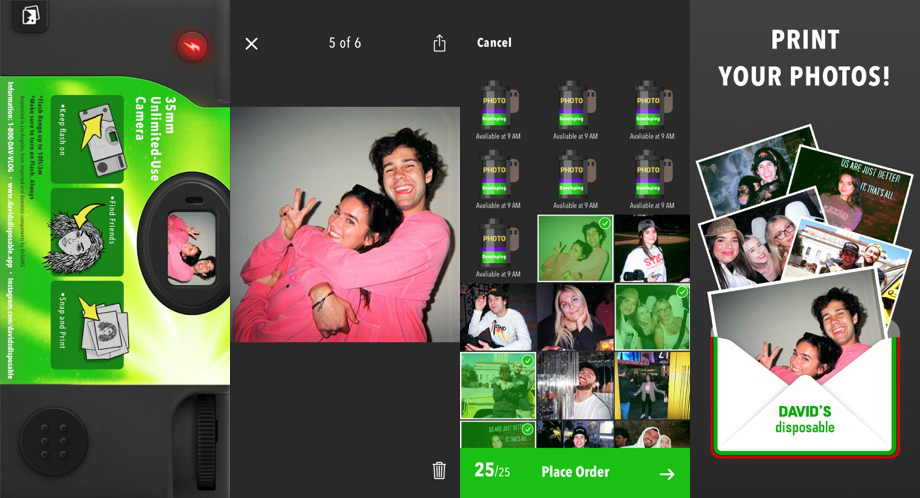 A collection of screenshots from David’s Disposable app.

On his davidsdisposable Instagram account, Dobrik has already amassed nearly 3 million followers at the time of writing, showing that there’s a huge market for this style of photography among his fanbase.

The ability to order prints of your photos from within the app is also an interesting one – of course, there are services that already do this, but none replicate a disposable camera feel and nor do they have the backing of one of the Internet’s biggest stars.

It will be interesting to see how much this app takes off, given the relatively niche audience it would otherwise have if not for David’s backing. Needless to say, he doesn’t need the extra income, but it’s definitely something cool to provide his fans with.