Playing Guitar Hero requires a lot of concentration – something that can easily be broken by a cat who is on a mission to get your attention.

Guitar Hero can be played casually, especially if you’re not focused on hitting every note, but it’s a lot more challenging if you want to perform each song perfectly.

With enough hours put in for practice, you can do this – but things get a lot harder when your cat gets in the way. 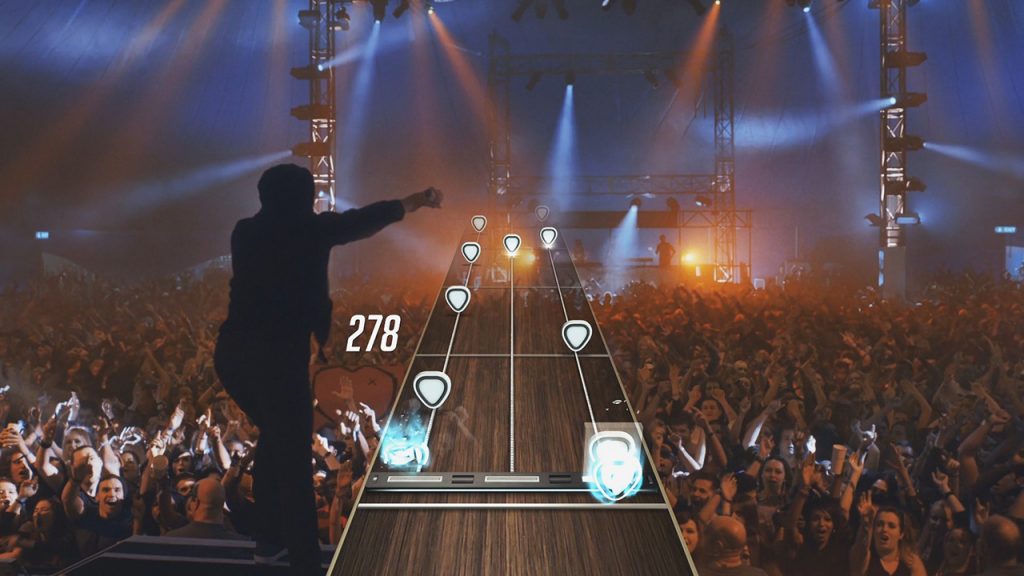 Guitar Hero’s latest entry is from 2015.

UKOGmonkey, a partnered Twitch streamer with over 172,000 followers, showed his viewers just how difficult this could be as his cat looked for a way to climb up to his shoulder.

As he was in the process of playing a song high on the difficulty scale, the cat bobbed and weaved its way underneath his guitar and climbed up from his torso to his shoulder.

Amazingly, monkey was able to keep his composure and not miss a single note of the song. At that point, it became clear this isn’t his first time having to deal with a situation like this.

The clip that captures this moment playing out quickly went viral, amassing over 130,000 likes on Twitter at the time of writing.

In a followup to this moment, monkey uploaded a video saying that his cat, Tiny, appreciates all of the attention he has received.

Tiny says thank you for all the attention he got from this tweet pic.twitter.com/eqKVDdRS0y

It looks like the streamer has no hard feelings for what his cat did, which is certainly good to see. Everyone knows how difficult animals can be to deal with while playing a video game, but it looks like it’s all love between the two here.

Cats tend to be very affectionate animals, but sometimes they can decide to show their love at the worst possible time.

While monkey was able to keep the ball rolling this time, we can only imagine how many songs he has failed in the past due to his cat jumping on him at the wrong time.

He says that if you’re a fan of his cat, then you can tune into his broadcasts and maybe catch a glimpse of him showing up there. Let’s just hope he doesn’t continue to sabotage the Guitar Hero sessions.