Popular YouTube vlogger Caisey Neistat wowed viewers when he showed off what it’s like to fly with the most expensive first class ticket in the world.

Flying first class is a luxury that only people with a lot of cash to splash can experience, unless they’re lucky enough to be given a seat upgrade by airline staff.

YouTube star Caisey Neistat uploaded a video on December 16 that gave fans a glimpse into what flying with the most expensive airline ticket in the world was like – and it’s actually insane. 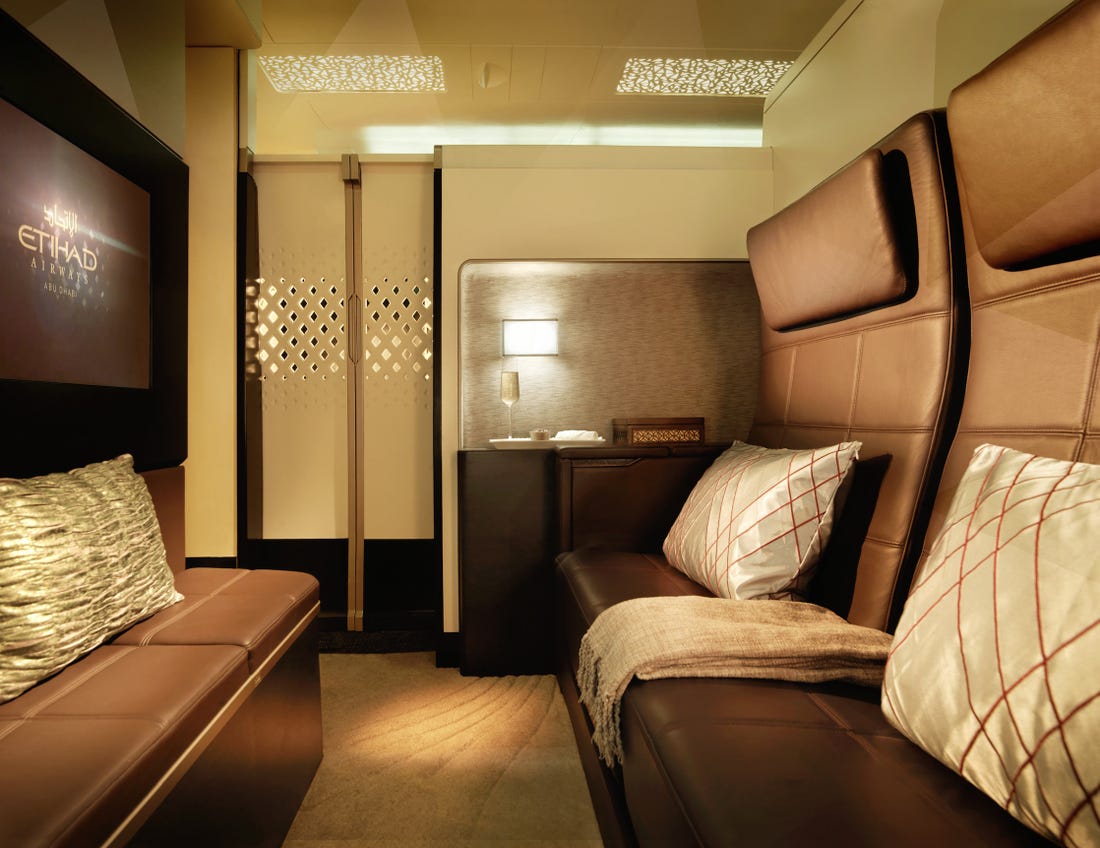 Etihad markets its Residence seat as a “luxury three-room apartment in the sky.”

Most expensive first class ticket in the world

While most airplane tickets consist of one seat, the vlogger’s experience came with three rooms: a bedroom, ensuite shower room, and a living room.

He was lucky enough to have been given the flight for free, so he decided to vlog it all for a video to show viewers what life is like if you have thousands of dollars spare for Etihad Airlines’ The Residence ticket.

The 38-year-old was gifted a Wi-Fi pass, a headset, some pyjamas, and a robe by a ‘VIP Travel Concierge’ (AKA butler) upon being directed to his seat in his own living room lounge area.

Caisey started his review with a tour of his three rooms, and seemed most impressed by the two large reclining seats in the lounge area, which contained a hidden refrigerated compartment underneath filled with drinks.

It even boasted a spacious three feet of leg room – 14 feet once the YouTuber shifted over to the right across from the hallway space.

He then moved into the bedroom, where he shared some excitable thoughts on the bed. “The bed is like a real bed! There’s even a TV for you!” 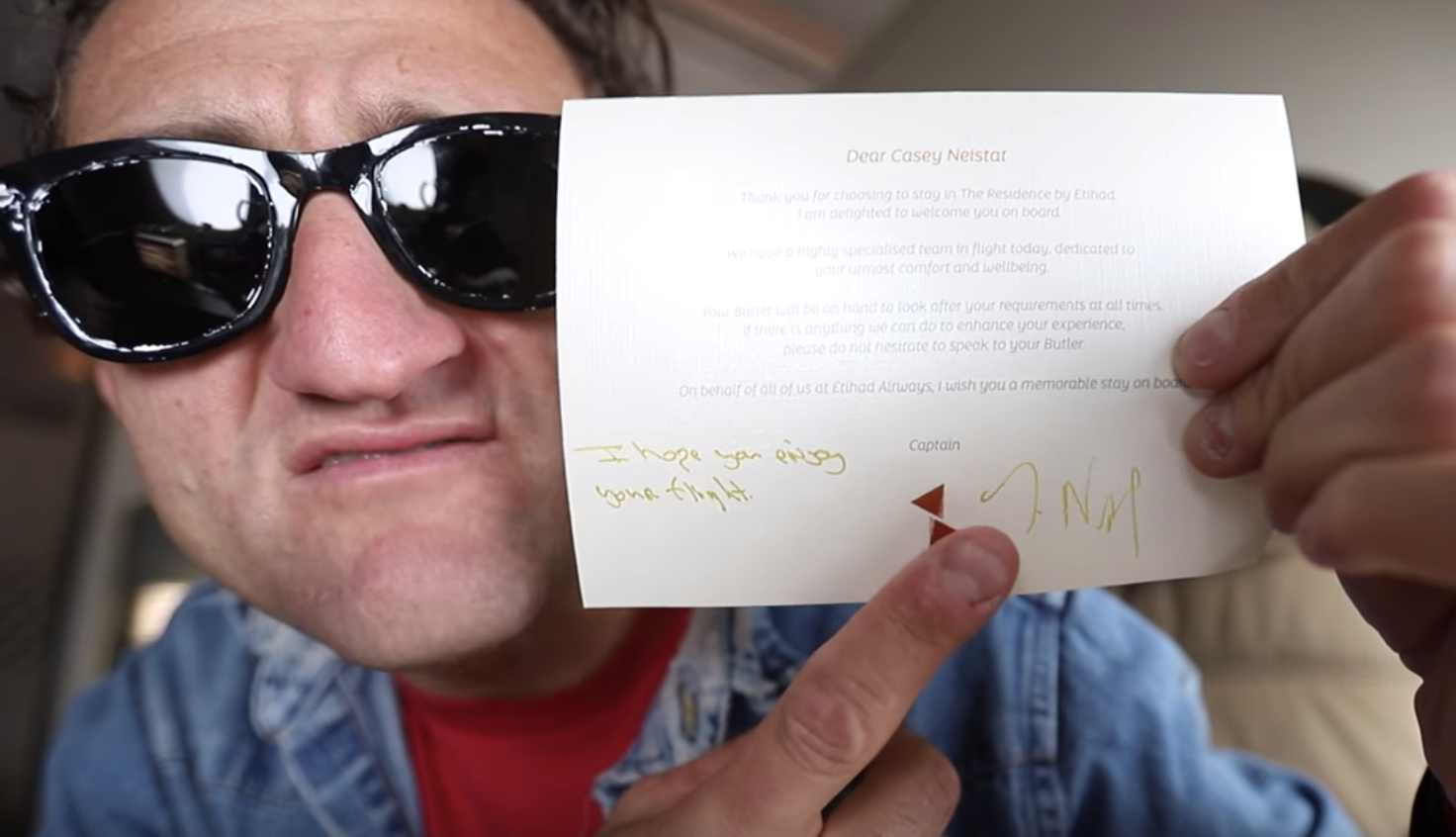 The YouTuber even got a welcome note signed by the pilot himself.

The Residence’s bathroom was the most fascinating of all, though, and seemed more like a hotel bathroom than one you’d typically see on an airplane.

Not only did it have a shelf filled with luxury toiletries and a robe hanging on the back of the door, it also came with its own blow dryer, full-sized shower with up to 10 minutes of water usage, and a separate sink.

“The airplane bathroom is usually the grossest place on the whole thing, it’s basically a flying porta potty,” the YouTuber said. “But with this seat, you get a private bathroom! You don’t have to share it with anyone, this is just MY bathroom!”

To top off the experience, the Concierge laid out a fancy table spread in the living room for Caisey’s on-flight meal, which consisted of three luxury courses fit for a king.

“There are two things you never really get when flying on an airplane: space and privacy. And this plane had a borderline RIDICULOUS amount of both of those things,” he concluded when talking about how he found his in-the-sky adventure. “If you’re looking to spend the price of a new Toyota on one flight, what an experience!”