Whenever there’s banning drama on Twitch, an Alinity mention isn’t far away. The 32-year-old is never far from drama and is widely regarded as one of the “most controversial stars” to ever broadcast on the Amazon-owned site.

Many viewers believe Alinity is “unbannable,” due to the fact she suffered no consequences for “abusing” her cats by ‘throwing’ one over her shoulder and feeding it vodka, and accidentally revealing herself on stream earlier this year.

That perception, which Alinity believes is “totally ridiculous,” has dogged her for much of her streaming career, and it’s all been brought to the fore again ⁠— much to Mogollon’s annoyance ⁠— following Dr Disrespect’s shock ban on June 26.

Basically, she’s had enough, a fact that was made very obvious after one Twitch fan directly accused her of being “exempt” from the website’s extensive terms of service during a June 30 broadcast. She hit back almost immediately. 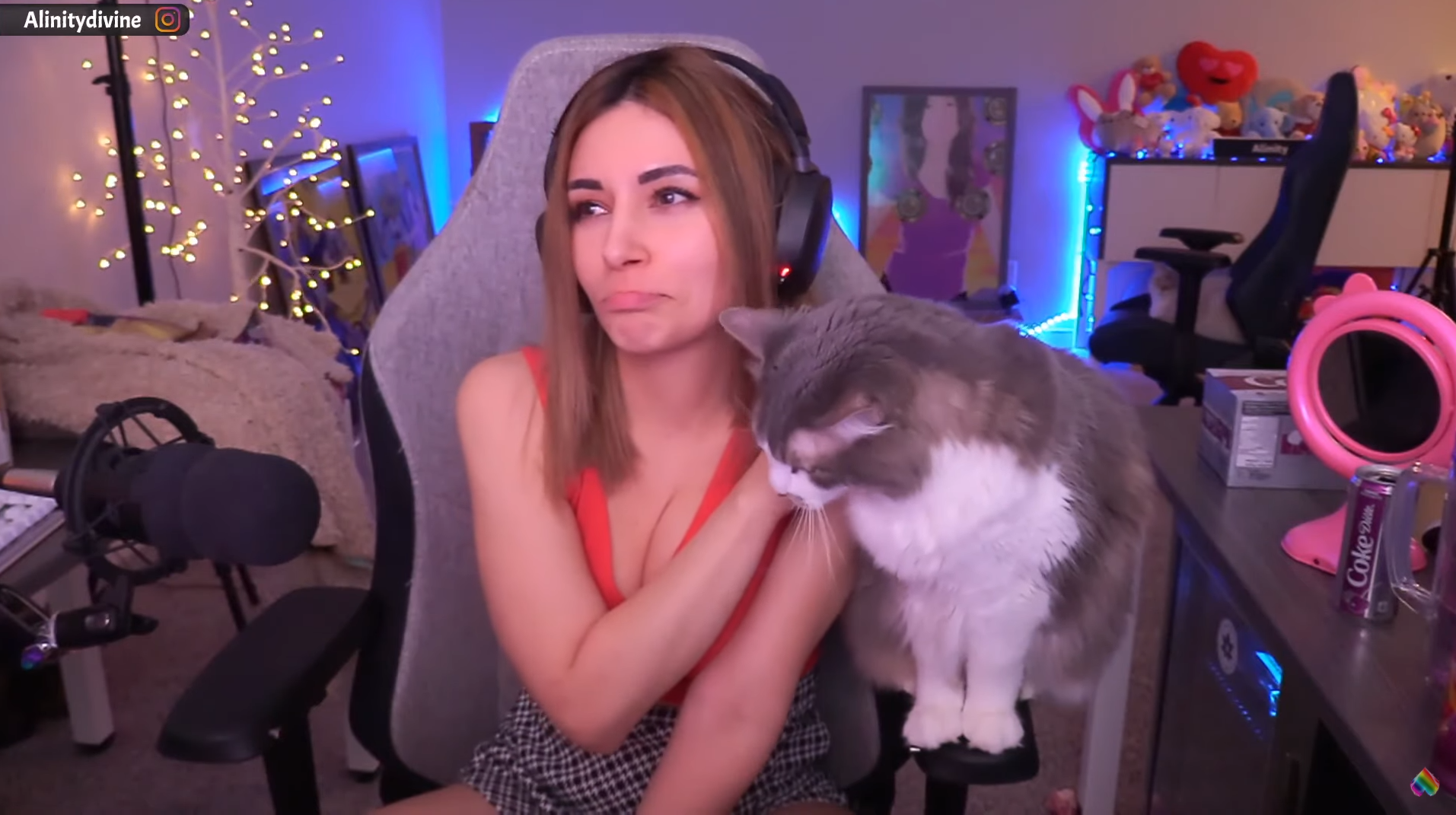 “Trust me, I have not sucked any d*ck [for favoritism on Twitch]. I live in Saskatchewan, I have never been to TwitchCon… I don’t travel, I stay in my basement in Saskatoon. There are no d*cks here to suck, okay?

This isn’t the first time the controversial streamer has directly responded to accusations she orchestrates Twitch drama. Alinity even took a swipe at fans who suggested she’s “proud” of the constant controversy surrounding her career.

“I do believe there’s certain things that I should have been suspended for. I have no control over that what-so-ever, though, I can’t do anything about that,” she said in her April 28 broadcast.

⁠Despite all her past controversies, Alinity remains one of Twitch’s top female streamers. The Colombian star boasts more than 1.1 million followers, according to TwitchTracker, 350,000 of which she’s gained since January, 2019.

The controversies don’t appear to be slowing down for Alinity either. Just earlier today, the Twitch star locked horns with Tyler ‘Ninja’ Blevins, after he responded to one of her tweets by asking if she had “another cat to throw.”

She hit back soon after: “Seriously, it was so silly. He could have just ignored [the tweet], why did he even reply to me? He angrily brought up old stuff to attack me at a personal level… the tweet must have hurt him!”