Valve have announced a huge update to Dota Underlords, finally adding the mysterious Underlords to the game, a reasource called hype, and much more.

Dota Underlords is Valve’s version of the popular auto-battler Dota Autochess. The game was released in June 2019 and has seen a steady stream of updates and improvements, and on October 24 Valve announced the biggest changes yet.

In the new update, the Underlords will finally be stepping into the game, as well as new heroes, alliances, game modes, among other things. Fans have been ever curious about these mysterious characters and they have finally been revealed. 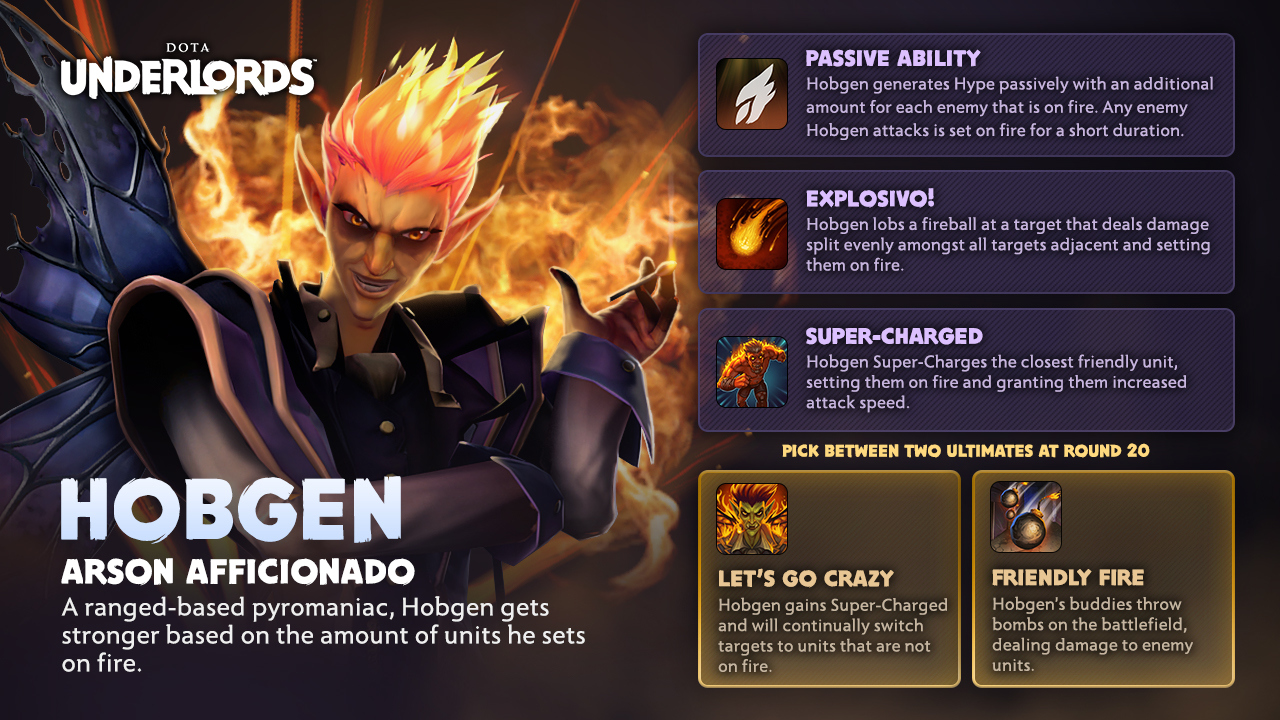 Hobgen was the first Underlord to be revealed.
[ad name=”article2″]

What are the Underlords?

The Underlords are primary units that players can place on the board, allowing them to use certain abilities and empower their units with talents.

These new characters can use abilities through a resource called ‘Hype’, which varies depending on the Underlord, and each have over 20 different talents to choose from, giving players a variety of options.

So far two Underlords have been revealed, Hobgen and Anessix, the two feature vastly different play styles and abilities, with the former being focused on fire while the latter is centered around demons. 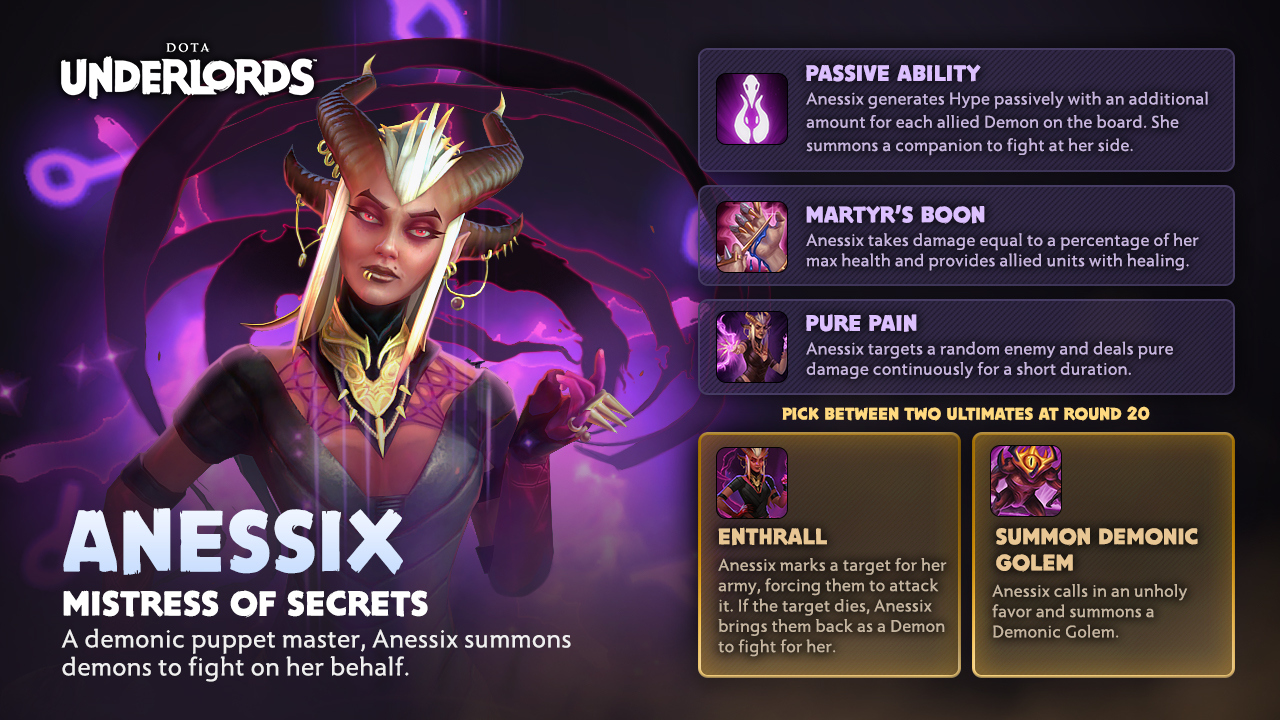 Anessix is one of two Underlords coming in the Big Update.
[ad name=”article3″]

What are the duos and freestyle modes?

Duos and freestyle are two new modes coming to the game with the big update. Duos mode allows players to team up with a friend and play all-new duos only matches, allowing teams to send gold and heroes to each other.

Meanwhile, freestyle mode is one for creativity, meaning players can set up any board situation and see how it plays out. This is a feature that has long been requested by the community and will undoubtedly put a smile on a lot of fans’ faces. 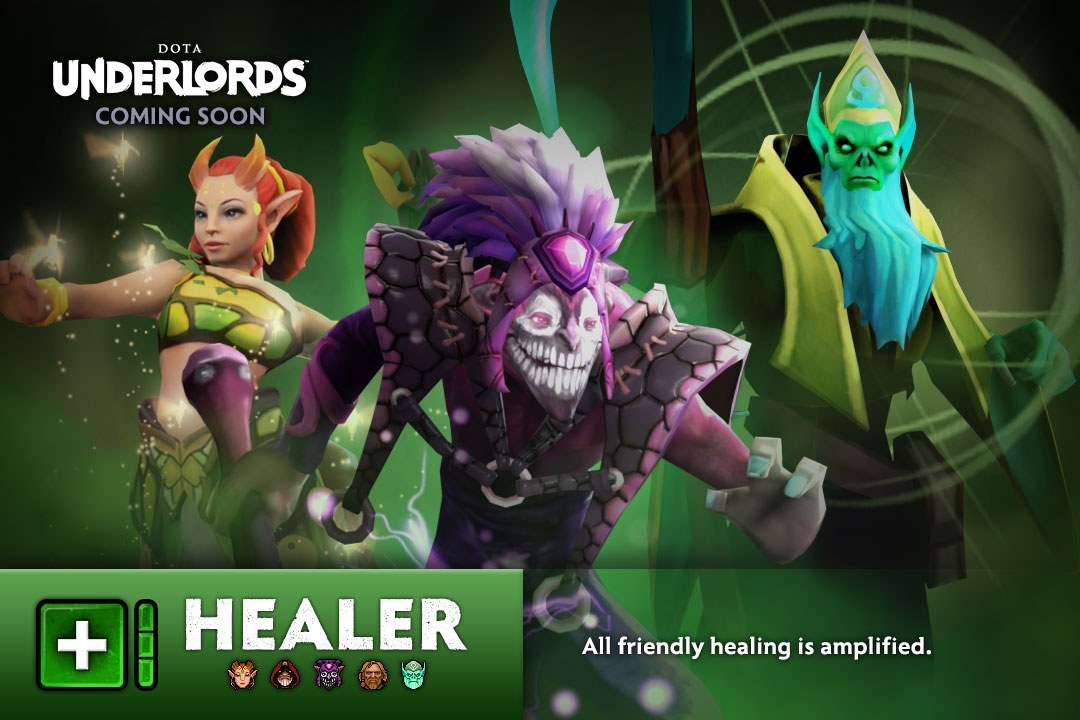 Many new alliances have been added with the latest update.

New heroes, alliances, and a jail have been added

New heroes and alliances have been added, with Insects, Healers, Brute, and Champion alliances being introduced, while 12 unique new heroes enter the fray, including some fan favorites like Faceless Void, Io, and Broodmother.

With so many new heroes being added, a brand new mechanic called the jail has been brought in. Every day 8 to 12 heroes will be detained and unable to be used, freshening up the game regularly.

With the game having arguably died down after its initial hype, this update may be just what it needs to get back into the spotlight.