The rise of CSGO since post-player break. Prior to the break, EG (then NRG) largely looked the same. After the break, they have transformed as a team.

They were in red hot form at the StarLadder Berlin Major, but Astralis knocked them out in the semifinals. They EG got revenge at ESL One New York, beating Astralis twice, including in the grand finals. Then they bombed out of DreamHack Malmo. But even so, EG looks to be one of the best teams in the world and the biggest catalyst to that change has been going from Damian “daps” Steele to Peter “stanislaw” Jarguz.

The Limits of the Old System

In 2018, the NRG lineup of daps, Vincent “Brehze” Cayonte, Cvetelin “CeRq” Dimitrov, Ethan “Ethan” Arnold, and Jacob “FugLy” Medina had linear growth. They started as onliners and evolved into a top 10 team in the world. Daps built the system around the young star talent of Brehze, CeRq, and Ethan. The system was solid, consistent, and gave a structured order that allowed the young players to thrive. However the team eventually hit a wall and decided that a change was in order.

NRG replaced FugLy with Tarik “tarik” Celik. Tarik was an obvious upgrade over FugLy in terms of individual skill, impact, and experience. The bigger question was whether or not tarik could integrate into the system. FugLy was a static role player while Tarik needed more space and freedom to thrive. Instead the system altered to fit more around tarik. NRG became looser and more aggressive. While the team makeup changed slightly, the results didn’t change much as they were still a perennial playoff team. Their essential problem though was that the moment they made it to the big playoff stages, the pressure started to heat up. 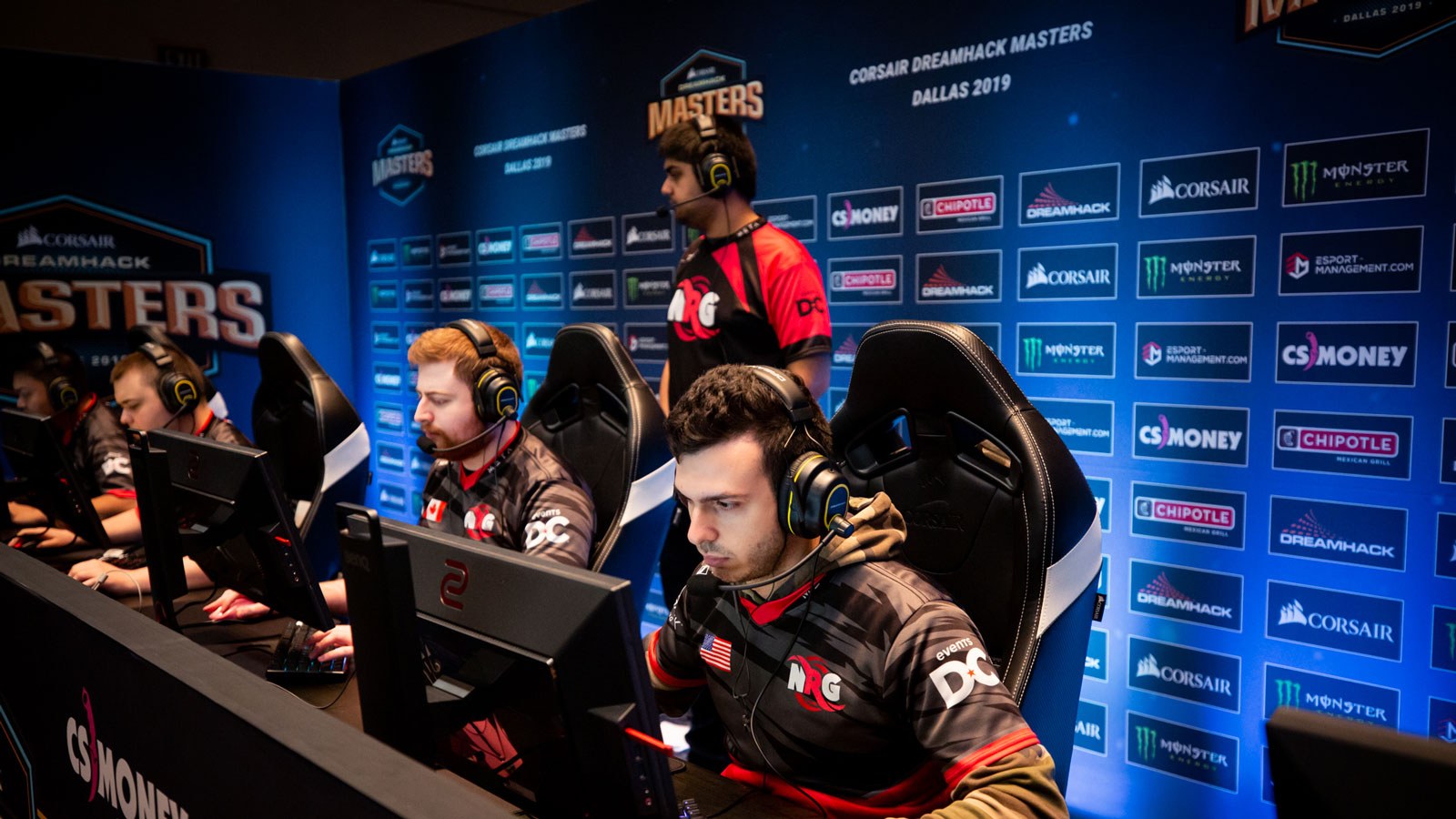 NRG in one of their last events with daps, DreamHack Dallas

The young trio of stars consistently underperformed and communication broke down, especially on the CT-side. No amount of tactics and structure could imbue the youngsters with the confidence and swagger they needed to perform. As Brehze put it in an HLTV interview, “I know we can win titles, but our individual performance just drops when we get to the semis or when we hit the stage.”

On top of that, there was disunity in the team as tarik disagreed with how to play the game. Eventually things came to a head. Chet “ImAPet” Singh described the situation in a Dust2.us interview, “The style which we were playing, when we introduced tarik, it wasn’t fitting his style as well. We needed to find a balance between the two. Since we couldn’t agree on anything, we obviously moved to stanislaw.”

On June 2019, NRG added stanislaw. It took awhile for the team to truly integrate stanislaw’s play style as they had to attend LANs and never got the time to sit down and figure out how they wanted to play. They found that time during the player break and when they came to the StarLadder Berlin Major, they were a transformed team.

It’s hard to quantify what exactly stanislaw is doing to imbue the young players with this new confidence. From the outside looking in, there seem to be three factors. The first is that stanislaw himself is a strong individual fragger. Stars in general have a lot more respect for leaders that can also make big highlight plays and stanislaw is one of the best fragging leaders in the world.

Secondly, was stanislaw’s style of in-game leadership. When Ron “Rambo” Kim was the coach of compLexity he gave an interview with VPEsports that sheds some light into stanislaw’s style of play, “stanislaw likes more default, kind of everyone do your own thing and then play individually.”

This style of play was probably attractive to the young stars as they had played under daps’ structured style for over a year at that point. In addition, it was a style that molded perfectly with how tarik viewed the game. 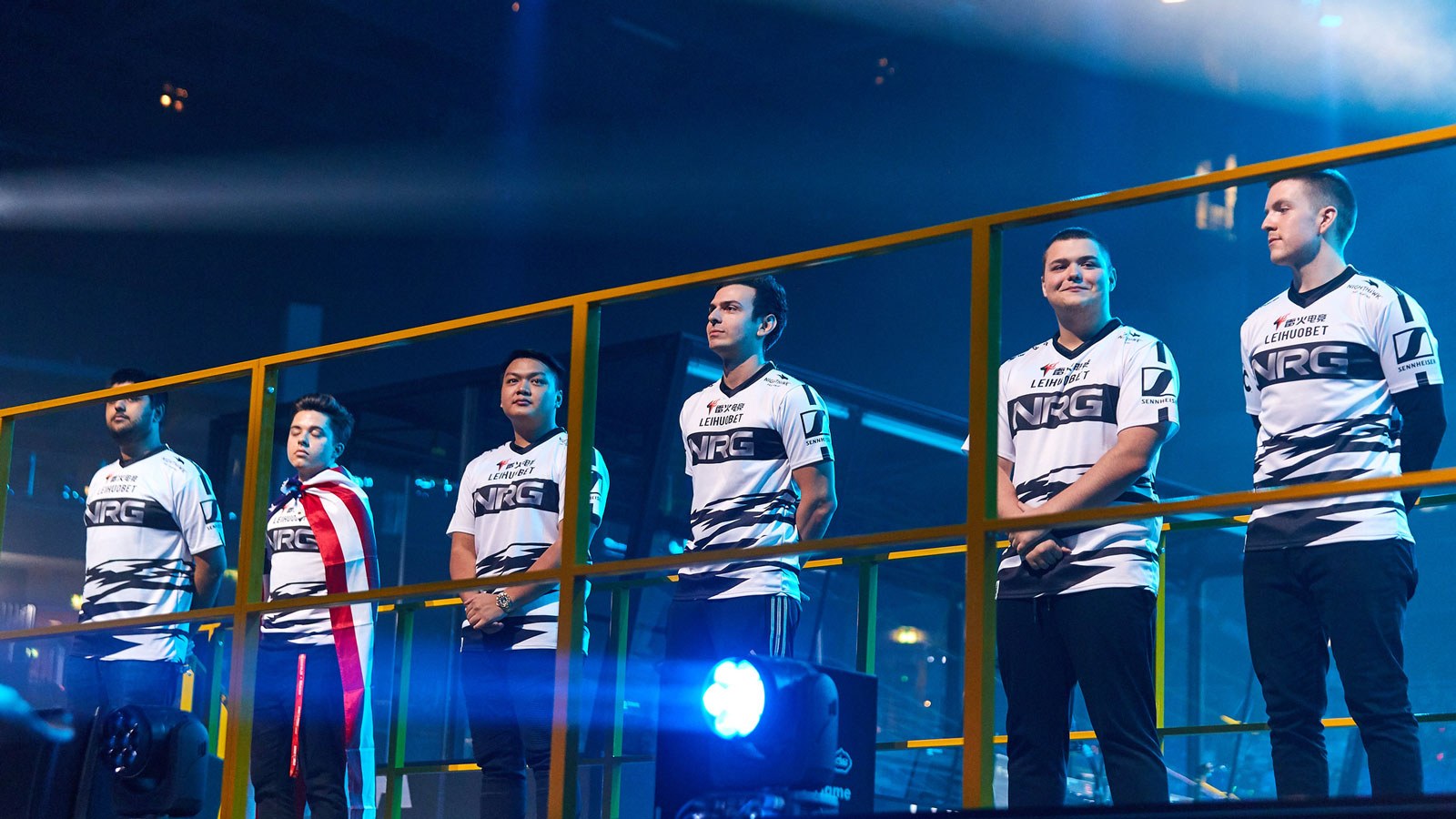 Finally, it was a natural evolution of their growth as players. In his book The Will to Keep Winning, Daigo Umehara explained the natural process of growth a player travels, “If you want to master something, start by carefully studying the basics for at least 2-3 years. Learn the theory behind the game and how to reason your way through moves, rather than winging it. Build your base before seeking out different ways to play, and then explore options for developing your own style.”

The young trio of stars had learned the basics and theory under daps. It was time to explore and push the limits of their respective styles to their limits. In that way, stanislaw’s style of leadership was a good fit for the NRG squad during this time period.

Because of these reasons, the team hit a new stride in individual skill. CeRq had more freedom to find aggressive picks. As Brehze says, “The thing about CeRq is that he’s a very aggressive AWPer, so whenever he has a play in mind that he wants to do we always tell him that he can do it and that we’ll do that play for him no matter what because we know that he’s such a crazy AWPer and can take over a round. We give him the freedom to do whatever he wants and he just has to tell us.”

Tarik was better at creating space and impact under the stanislaw system. As a secondary caller, he was able to work in conjunction with stanislaw across the map, which allowed for stanislaw to play the lurk position at times, his forte. Ethan had renewed confidence in the system. The only player who didn’t change that much was Brehze, who was already playing at close to a top 5 player level. The only thing that changed was that the team’s overall improvement allowed him to shine even brighter than before.

The other difference between stanislaw and daps was a different style of play. ImAPet described the difference in the Dust2.us interview, “With stanislaw, I think he still has the same great stuff from daps, but now he also has the great stuff from himself as well. He calls amazing, crazy, random ideas all the time. We have 100% faith in him, even if it sounds ridiculous, which I think is the biggest key factor for our team.”

In terms of raw aggression, both daps and stanislaw make similar calls. The difference though is the level of commitment he gets from the team. When daps called, you could see the rest of the players hesitate around the call. Right now, the team has complete faith in stanislaw.

An example of this was EG’s match against Astralis at the ESL One New York Finals. On the eighth round of Dust2, stanislaw and tarik were preparing to do a run boost to clear short. Nicolai “dev1ce” Reedtz threw a molly to stall them out. Stanislaw recognized that if he did the run boost at that very moment, he could catch dev1ce off guard.

He immediately called for it and then called for a fast hit on the A-site. The entire team immediately responded to the call. The play itself was ad-hoc as Ethan was still in upper dark with the bomb. The move didn’t work as the bomb was Ethan was too far out of position, the round shows how much faith the EG squad have. This faith in turns has translated into a new level of skill and a better mentality in the playoffs. 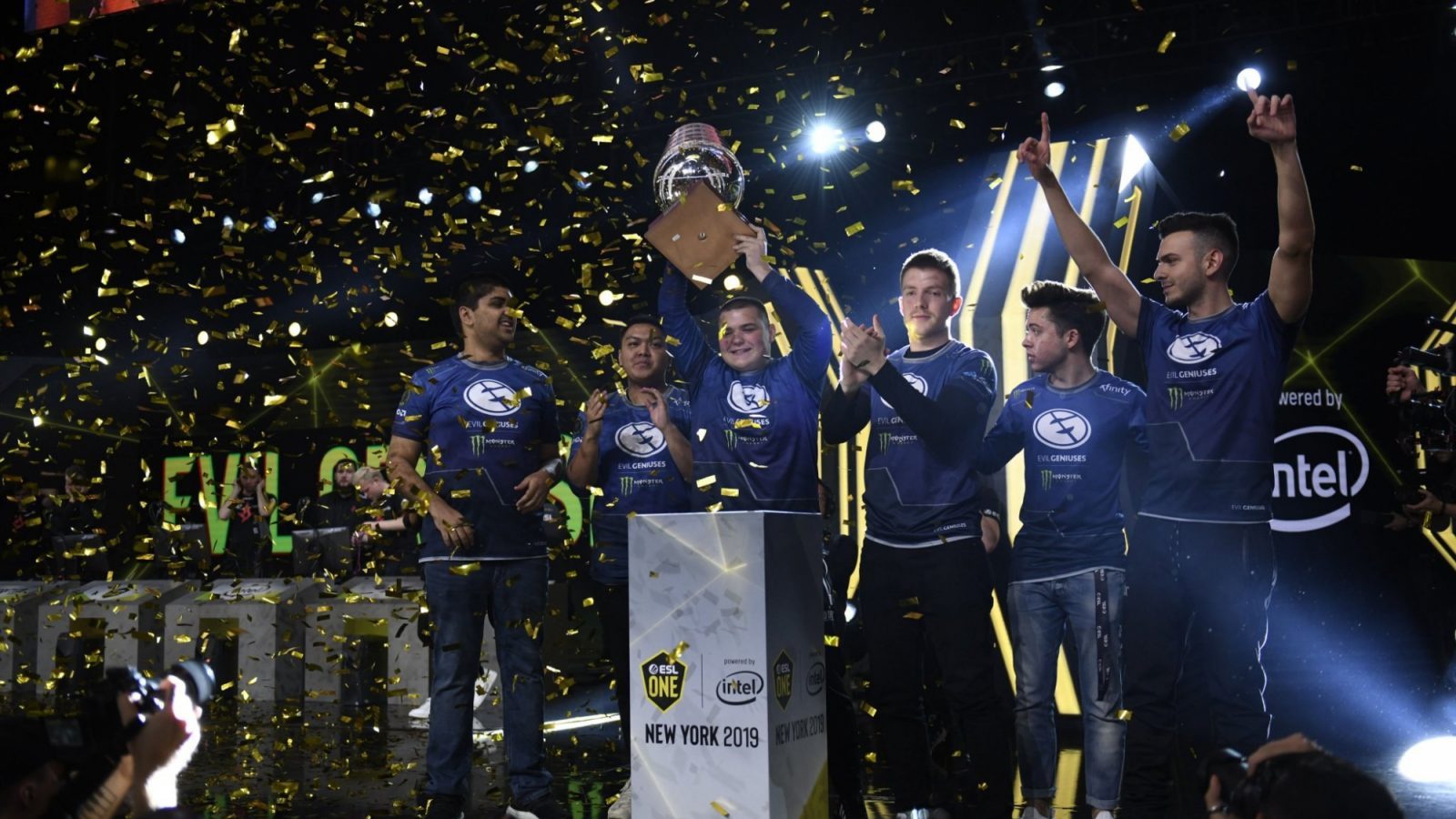 EG raise the trophy at ESL One NY

In the past, you could always bet on the NRG players to choke in the semifinals or in big moments. The only exception to that rule was Brehze, who plays a consistent more cerebral style compared to Ethan or CeRq. This tendency reared its head at the Major, but at ESL New York, EG looked great in the finals. The only time the pressure got to them was in the closing rounds of Train where they lost the map in overtime 20-22.

While it’s a looser style, stanislaw also likes to mix in smart tactical rounds. On Dust2 for instance, he took long control early with Ethan. After clearing out long, he faked the long hit which forced Astralis to focus on A. In the meantime, he entry-lurked into the site and with good utility usage, was able to isolate an advantageous duel against dev1ce while three of his teammates hit B. After he fell down, Ethan was activated as the secondary lurk and that move could have sealed the round if Astralis didn’t respond correctly.

The higher individual skill and a new look has helped EG reinvent their map pool. When they were in the daps-NRG period, they had a fairly static map pool. They were great on Overpass, Train, and Mirage. They were good on Nuke and Inferno. Dust2 was on the weaker side and Vertigo was their ban.

Since Stanislaw has come into the picture, the team seems to play all seven maps. It’s still early in the team’s lifespan, so other teams have yet to find the potential flaws across the maps. For now though, if you look at the Berlin Major, ESL One New York, and DreamHack Malmo, they seem willing to play every map.

At the Major, NRG focused more on Train, Dust2, and Mirage. NRG looked like the best Train team in the world, despite their loss to Astralis in the playoffs. When they played at ESL One New York, they shifted their priority in the map veto against Astralis and started to first pick Dust2 into them. At ESL New York, they banned Mirage against FaZe and Overpass against Astralis.

EG are using their 7 map pool to great effect. In Malmo, they let Overpass through against Mouz as Mouz don’t play much Overpass. EG don’t have a fixed permaban or first pick which allows them to stay unpredictable. It’s far harder to prepare for a team that changes their pick and ban based around who they are playing against.

Malmo and The Honeymoon Phase

Following their victory at ESL New York, EG got on a plane and went to play at Malmo 36 hours later. EG then dropped out of the tournament unceremoniously with a bo1 loss to Grayhound and a bo3 loss to Mouz. It’s hard to know what to make of it as every tournament matters, but the circumstances that EG entered the tournament with are unlikely to be duplicated. Unless EG continue repeating this pattern of winning one tournament to dropping last in the next, it is likely a one-off.

All things considered then, EG look fantastic. In terms of raw form, they look to be one of the best squads in the world. Their tactics and teamplay are on point. They have a wide map pool and are unafraid of leveraging it in the map veto. The only question is how consistent they will be moving forward. Whether or not Malmo really was just a one-off due to bad circumstances. After all, we’ve seen many teams have an incredible peak in the honeymoon phase rosters before tapering off.

If it is consistent, then we are looking at a top three team in the world, one that has a particularly good head-to-head against Astralis. As that’s the case, EG have the potential to be the second North American line-up to become the best in the world.