ESL One New York champions Evil Geniuses have been eliminated from DreamHack Masters Malmo in last place after consecutive losses in the group stage.

Mere days after a triumphant victory in New York that saw Evil Geniuses claim their first major title, and with it a place among the legitimate contenders for the world number one ranking over the coming months, they have crashed out of DreamHack Masters Malmo without a single map win.

A slow start to the tournament cost EG in their opening match against Australian squad Grayhound, suffering a major upset that sent them to the lower bracket of the group. There, they met the formidable Mousesports, who themselves had suffered something of an upset at the hands of Ninjas in Pyjamas.

In the first round of the lower bracket it was Mousesports who drew first blood with a Mirage win, closing the game out convincingly on their CT half. Train got out to an even more dominant start for Mouz, but EG were able to hold on to force double overtime before eventually conceding. 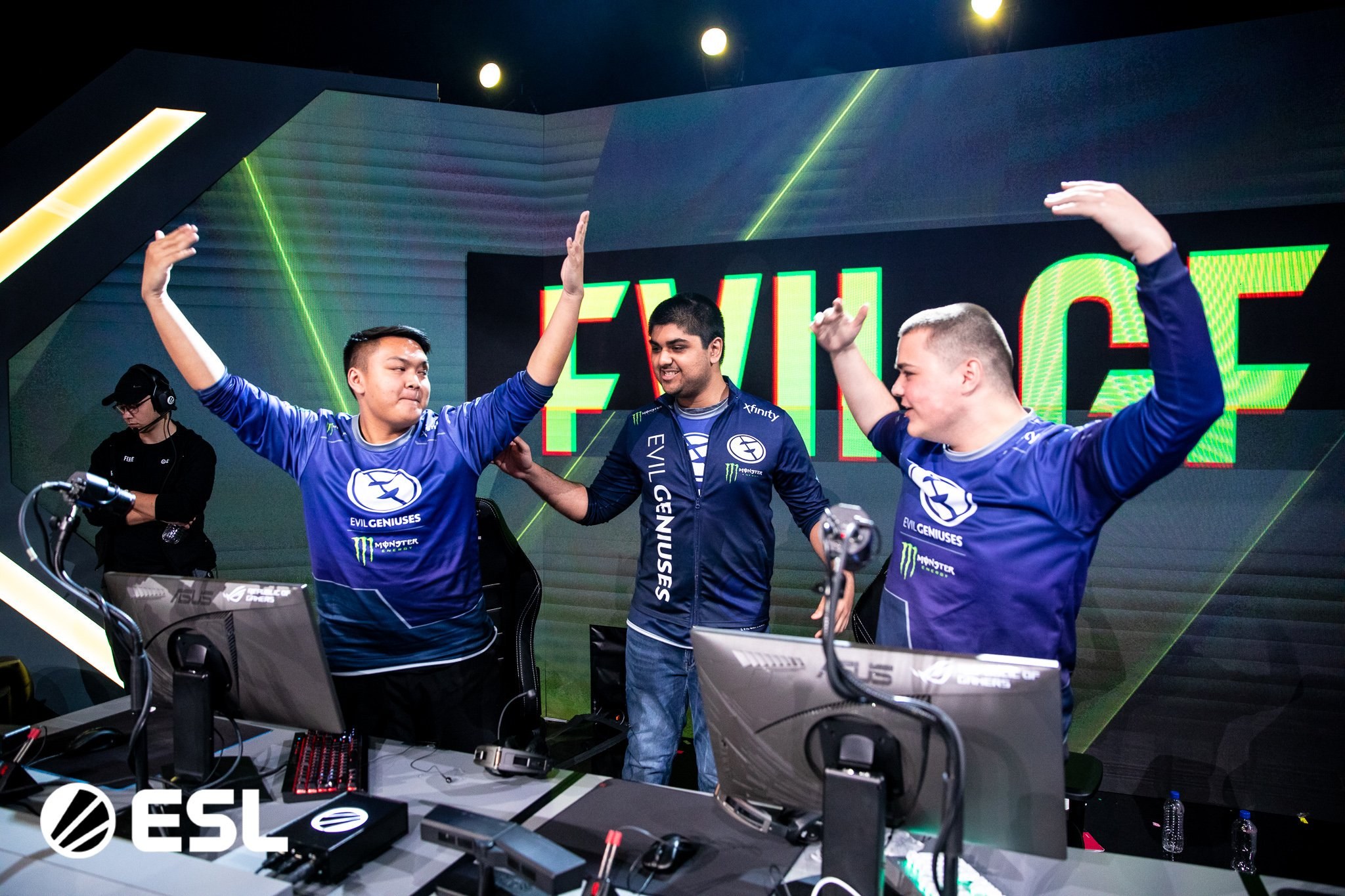 Evil Geniuses’ new CS:GO team won ESL One New York in their debut for the organization.

The result makes for a rollercoaster of a debut week under Evil Geniuses for the CS:GO squad. Their transfer from NRG Esports was only announced on September 26, the first day of ESL One New York, and less than a week later they have both a major championship and a last-place finish under their belt.

Falling short at DreamHack Malmo doesn’t just hurt EG’s pursuit of the number one ranking, however, is also a missed opportunity to gain ground in the Intel Grand Slam.

Having secured their first win toward the $1 million prize, Malmo might have offered a chance to carry their momentum into a quick second step forward, but now the team will have to look to their remaining eight chances for the minimum three further contributing wins they’ll need.

For Mousesports, the danger certainly isn’t over despite the victory. They will still need to win two more matches to reach the playoffs, one of which could well be reigning world number one Team Liquid, who themselves were sent to the lower bracket after their opening game.