Top 5 CS:GO players with most headshots revealed and ScreaM is still king

Counter-Strike: Global Offensive pro Adil ‘ScreaM’ Benrlitom has had the title of “Headshot Machine” for years, but the scope of his dominance is even more startling when compared to the careers of other legendary players.

While pristine teamwork is certainly the defining factor for a CS:GO squad to win over their competition, sometimes it can come down to stellar individual talent being the difference in a given round.

Throughout his long career, ScreaM has amounted hundred of highlights littered with victims of his precision aim but it’s astonishing to see how his headshots skyrocket with every passing year. 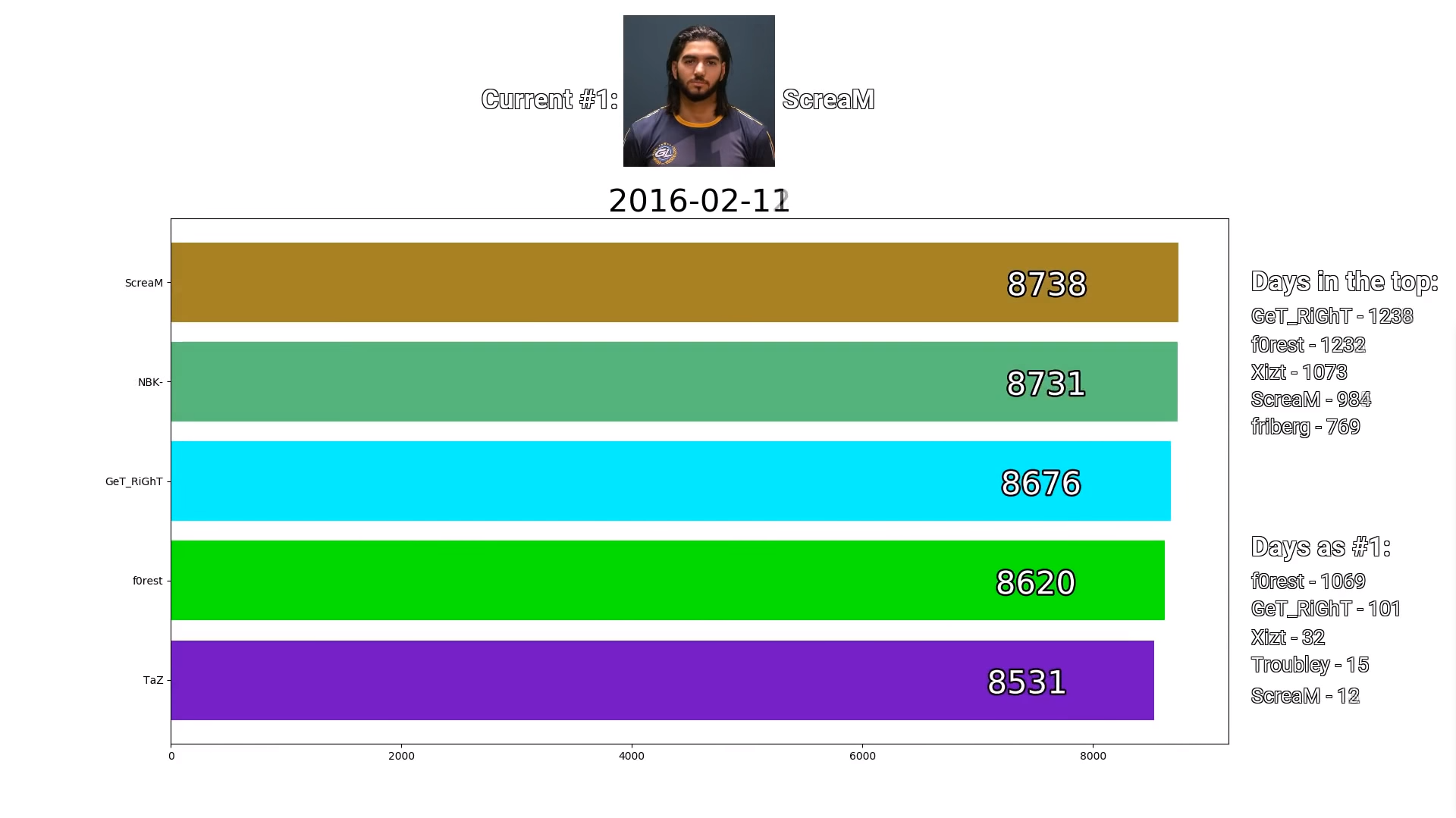 Things were neck and neck for a while before ScreaM really started turning on the flair.

A video by YouTuber ‘CliperinoPP,’ with compiled stats from HLTV, doesn’t just give ScreaM’s numbers, instead it shows an active archive of “the top 5 CS:GO players with the most headshots” from 2012-2019.

The video show’s ScreaM jumping up the list after 2013 during his time at VeryGames followed by his first stint at esport org Titan.

Even as he fell off the Top 5 a few times, ScreaM came roaring back in early 2016 topping out the list with a whopping 8,738 headshots and has had a stingy grasp at number one since.

(Timestamp at 1:44 for mobile viewers)

ScreaM is in a league of his own

Longtime CS:GO fans will recognize some of the names on the list, featuring the likes of Wiktor ‘TaZ’ Wojtas, Christopher ‘GeT_RiGhT’ Alesund, Nathan ‘NBK-’ Schmitt, and Patrik ‘f0rest’ Lindberg among various other elite caliber players from the scene.

F0rest had notched an incredible 1,069 days as the top headshot fiend when ScreaM first took hold of the top spot on the list. But f0rest, along with every other CS:GO pro, would have to sit in sidelines from then on as ScreaM completely separated himself from the pack.

As the video’s shows, it was during his time with G2 Esports and Team Envy when ScreaM cemented his name as a headshot master.

While second through fifth place vied for high positioning among themselves with about 12,600 headshots or lower by late 2017, ScreaM was playing a different game as he amounted over 14,500 in the same period of time.

Even though he has struggled to compete at the top level of CS:GO as much in 2019, ScreaM’s hold on the top spot remains unchallenged as he’s tallied well over 17,000 headshot kills and has stayed at number one for 1,191 days in the seven year span.