DeKay CSGO Mailbag: Will TSM ever return, Where MSL could land, and more (Part 3) - Dexerto
CS:GO

DeKay CSGO Mailbag: Will TSM ever return, Where MSL could land, and more (Part 3)

In the third and final installment of this month’s mailbag, I discuss the final questions from the Counter-Strike community that involve Team SoloMid, ENCE, FaZe Clan, MIBR and more.

Anything new on TSM?

ANYTHING NEW ON THE LEGENDARY NORTH AMERICAN ORGANIZATION KNOWN AS TSM (TEAM SOLOMID)? SORRY FOR SCREAMING BUT I BROKE MY CAPS LOCK KEY

TSM is always keeping an eye on the environment to see if anything meets what they’re looking for. The thing is, they have a very specific set of stipulations for their team if they are to return. They aren’t willing to overlook anything just for the sake of re-entering CS:GO so there is no way to know if it will ever happen.

Are most of your sources inside or outside of teams?

I know you’ve answered this before and do not want to reveal your sources. But could you tell us whether most sources are inside or outside of the team? I’m just trying to understand how your roster leaks work ^^

It would be unethical to even say one way or the other on that one. As I always say when things like this are asked, use your best judgement and you’ll likely be correct.

How much did G2 payed for Hunter and Nexa?

How much did G2 payed for Hunter and Nexa

I don’t have the total just yet, but it definitely wasn’t free. I should know more in the near future about the deal. 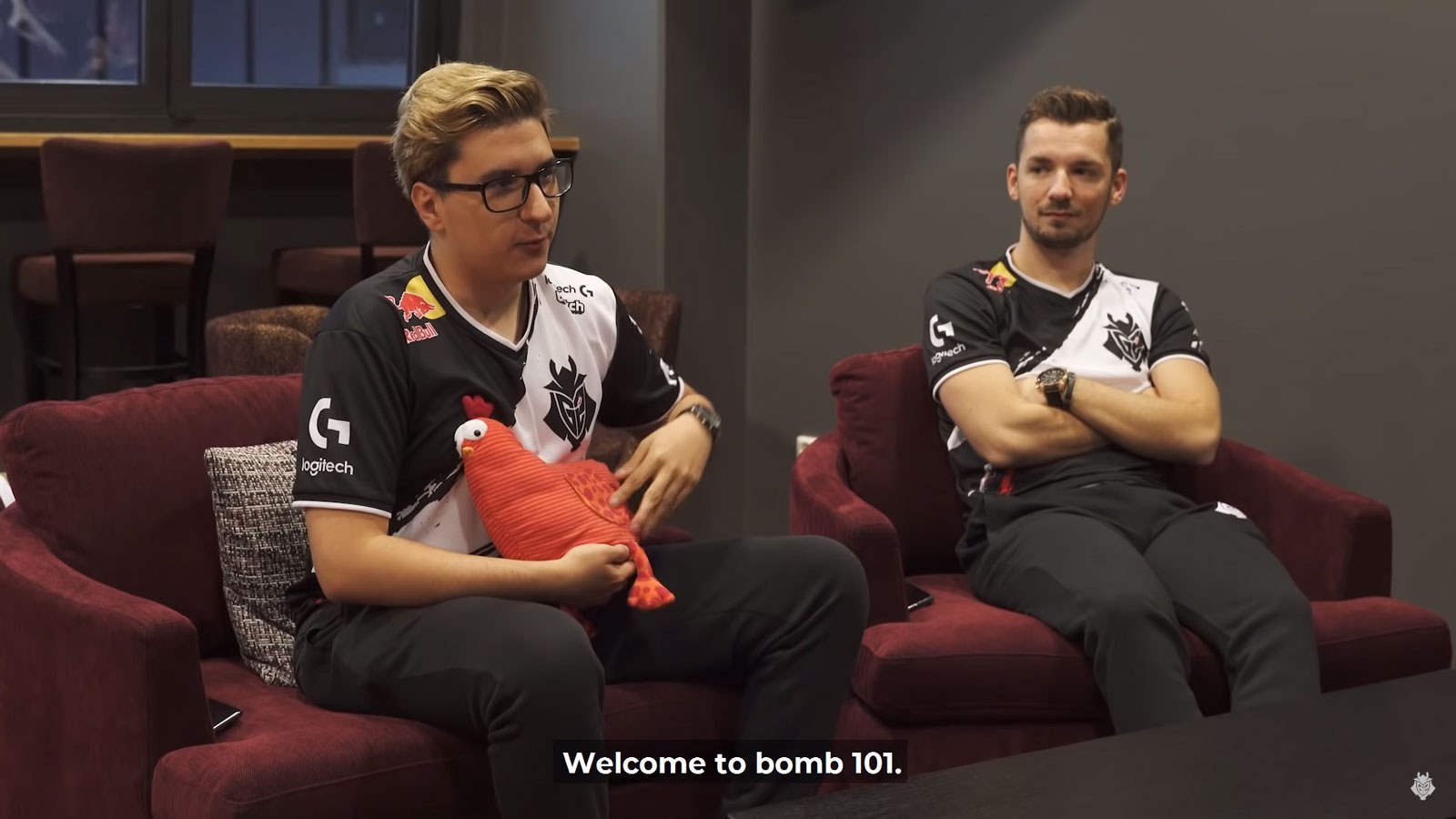 Are FaZe Clan satisfied with broky?

Are faze satisfied with broky? Do they want to keep him?

From what I can tell they are, but I don’t know for certain. He has done well thus far in my opinion, so I don’t see why he wouldn’t stick around for a while.

What will be the best new Polish team, and who would be on it?

What player or what team will be the new best polish team? If any…

I couldn’t tell you, I barely get to watch enough Tier 1 Counter-Strike as it is.

Do you think ence is gonna keep getting invites or do they need to grind qualifiers and maybe some DH opens?

They will still get invites, maybe just not as many though. It will be on them to make the most of the invites they do get or as you mentioned, it will be back to qualifiers for them. 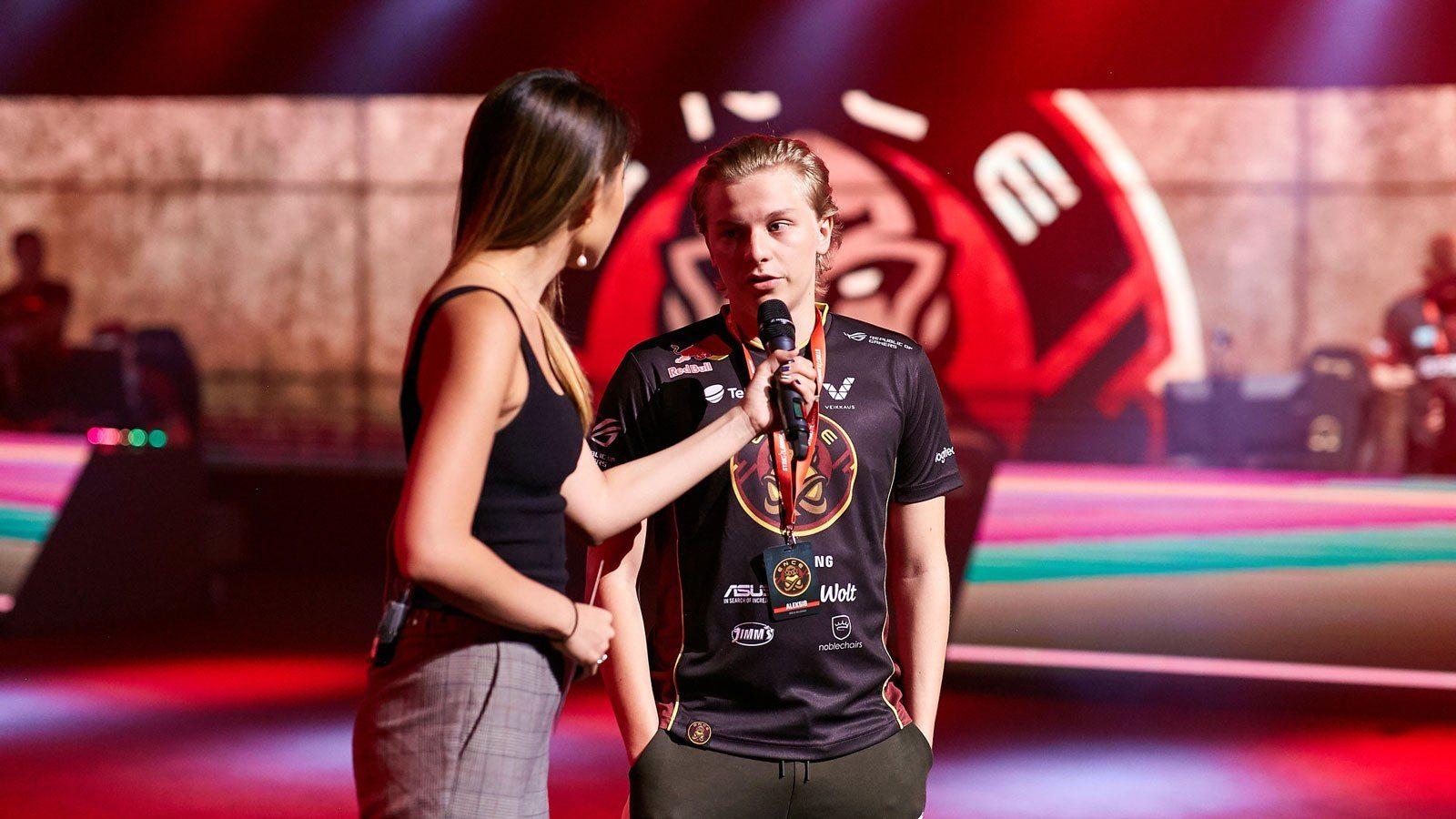 ENCE have struggled since swapping out their previous IGL aleksib

Who's IGLing for NiP? Is Lekr0 back at it or is there someone else?

I have no idea, it changes every week.

What happened to Renegades being sold?

What happened to renegades being sold?

Renegades getting sold was never something I reported. My report highlighted that their current deal with their org was coming to a close. That means they have/will re-sign with Renegades or they will move on to somewhere else. I have no idea where they are in that process though at this time.

Are ENCE’s recent struggles due to a new roster?

Do you think ENCE's recent performances are a result of a new roster and little practice, or do you think this trend will continue?

Initially, yes. They did have a brutal road schedule that didn’t allow them to innovate. Now that they’ll have some time, there won’t really be any more excuses. They’ll have to perform right away to make any sort of justification for kicking Aleksib.

Are there other international teams in the works? 100 Thieves? Dignitas?

With all of the big free agents on the market, are there any other international teams in the works behind the scenes? Anything being put together by 100T, Dig etc?

Nothing at the moment, from what I know. That can change at any time of course, but we are at the tail end of roster movement for most teams until a bit further into 2020.

What do you expect from this FaZe lineup , should they get a experienced IGL or this lineup can work?

I expect a top 8-10 team, but nothing more than that without a dedicated in-game leader. 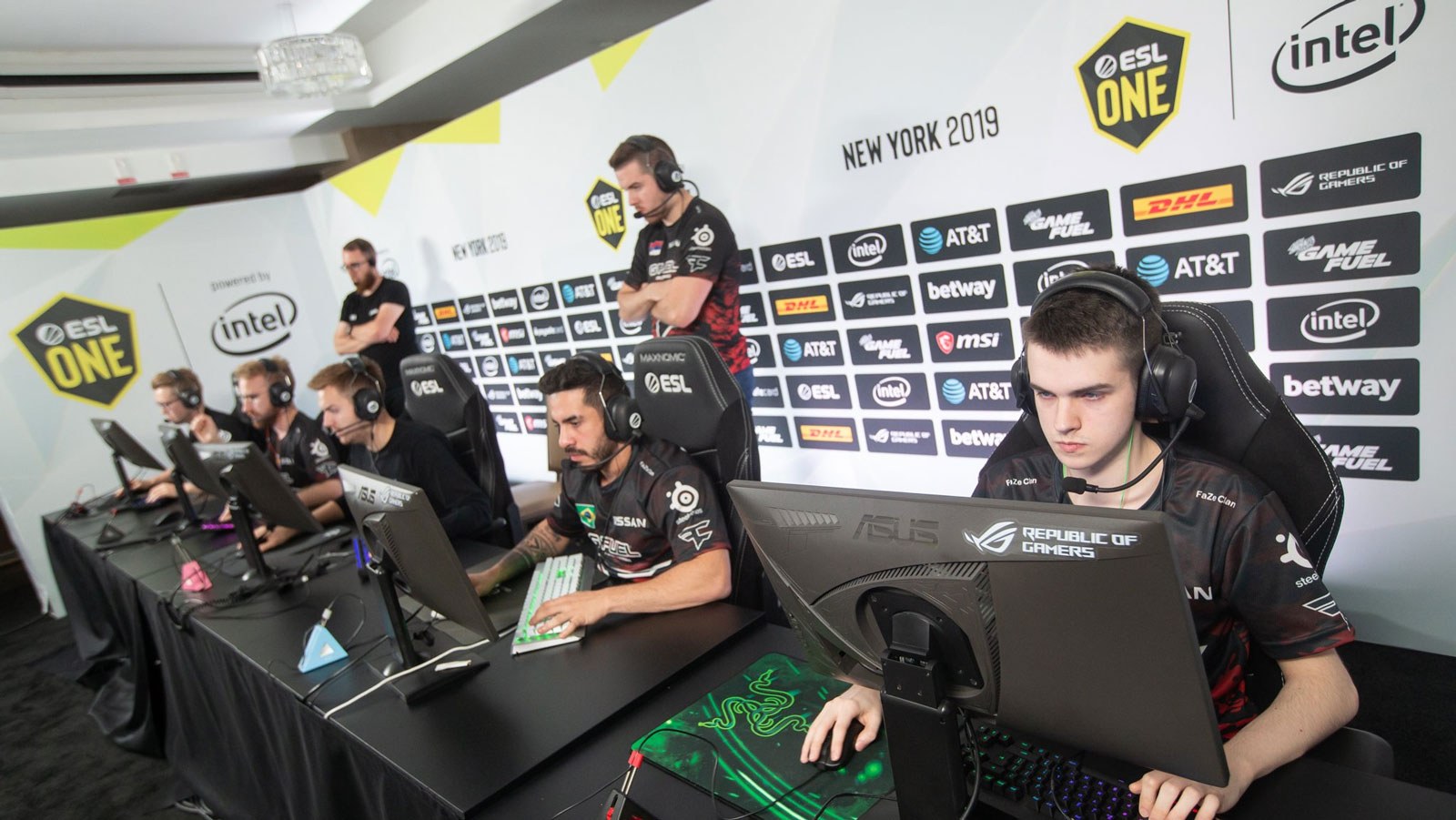 FaZe competing together for the first time at ESL One NY

What’s the player response regarding the StarSeries Season 8 format?

What's the response from the players regarding the format in Turkey? (Starseries S8)

I think most teams enjoyed the format and knowing that they could still battle back on multiple occasions if they had a mishap. It is a format that truly helps decide who the best team is at the event and reduces the effect fluke results can have on an overall tournament.

Although, I would expect complaints if every event had this format. Players like variation, so it is nice to have once in a while.

Where’s a reasonable place for MSL to land?

With the current need of IGLs in the pro scene where is a reasonable place for MSL to land?

He should have a ton of teams trying to get him but sadly I doubt that is the case.

The only reasonable place I see him ending up is back on North. It just makes sense.

What’s going on with Vitality?

What the hell is going on in vitality?

I think it is pretty early on still to expect too much from them, but they are likely trying their best to mold shox into the roster. NBK did a ton of underappreciated work, so someone has to pick up that slack if they want to achieve the same results or better. It just takes time. 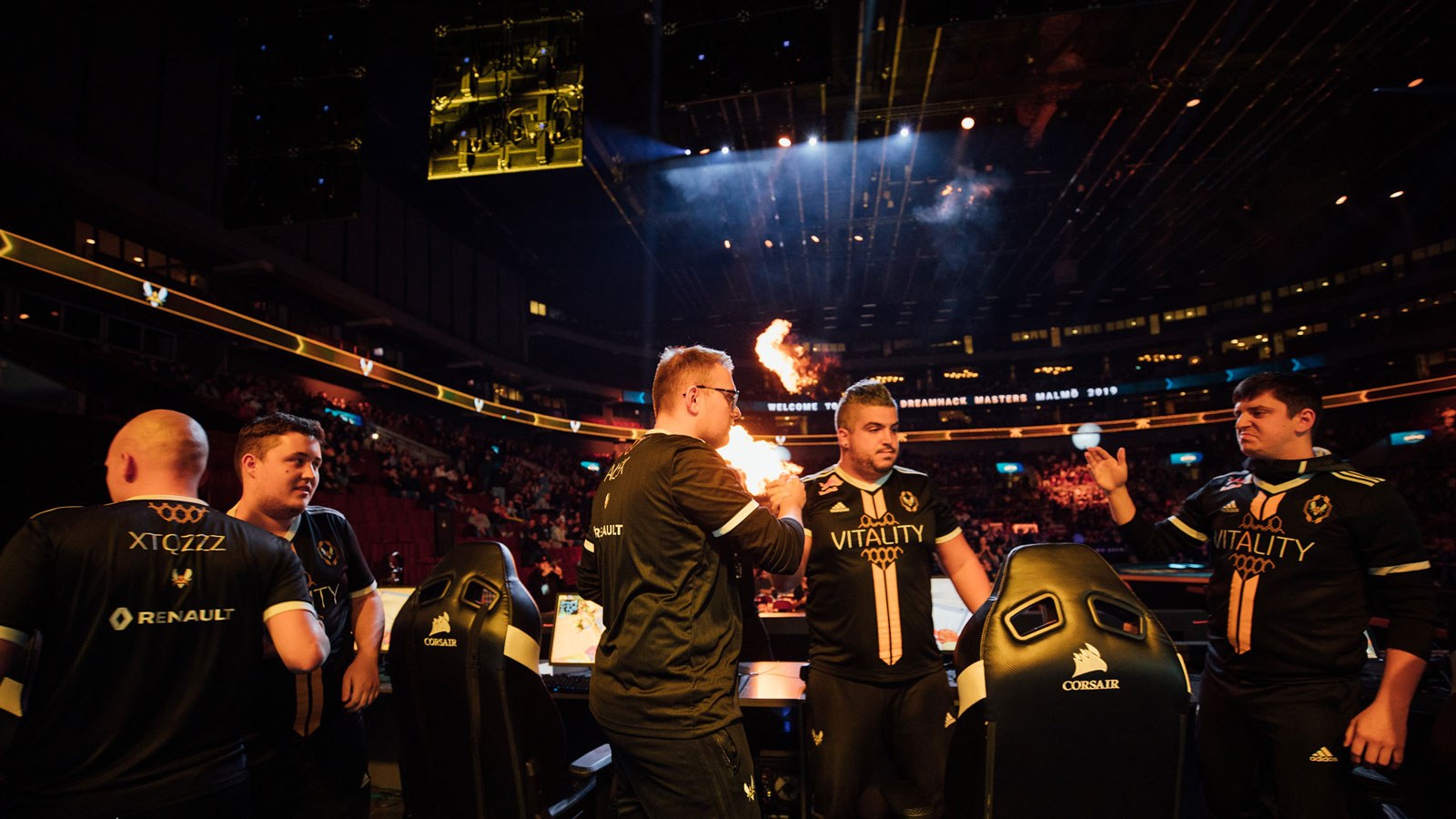 I’m not sure who is even out there for them to get, unless they grab a whole team from another organization. There are more orgs than top teams at the moment.

Any news about Hiko?

Any news about Hiko joining/starting a new team?

I have not heard anything, but I hope he has something in the works.

Is there going to be a North American major in 2020?

It’s still early due to the May Major, but I do think we are due for another Major in North America. Won’t be long before we find out.

Any info about the ex-Luminosity players, except for Steel?

Do you know anything about the ex-LG players, besides Steel?

I do not, I haven’t heard a single thing.

What’s missing for MIBR to become a great team again?

I think about this a good amount and I just can’t figure out what they are missing. Map pool is definitely a huge aspect, I don’t see where else they appear confident other than Train. That is something I expect Fallen to fix though.

I guess maybe I expected more of an impact from kNg? I’m not really sure. 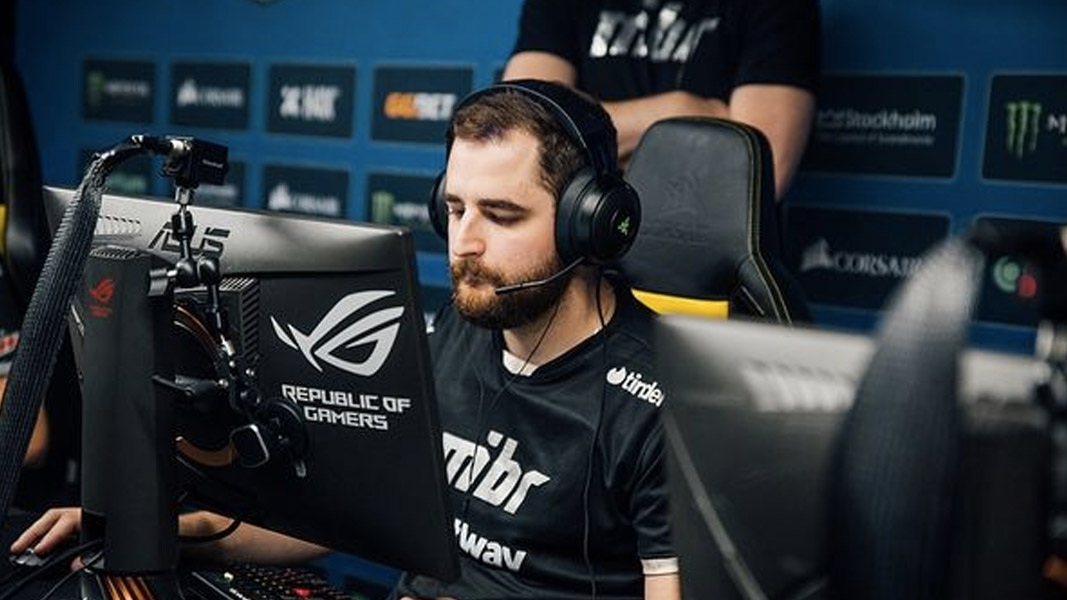 The in-game leader for MIBR, FalleN

Is there a chance that TenZ returns to Cloud9?

Is there a chance that TenZ going to return back to the cloud9 roster if Subroza trail ends with him leaving the team?

Who are the most well paid players?

Who’s the most well paid players in cs go?

Why didn't FaZe get Aleksib?

They didn’t believe he would be a good fit for the team. I’m not sure exactly why they felt that way though. I think paying both his buyout and Coldzera’s wouldn’t have been possible either.

That concludes part three of DeKay’s latest CSGO mailbag. That’s it for this month! Make sure to check out part one and part two if you haven’t already.