It has been claimed that an 18 year old YouTuber known in the CS:GO community under the alias, McSkillet, has died in a fatal car crash.

On the afternoon of August 23, a young male, drove his McLaren super car at 100mph into oncoming traffic on a highway in San Diego.

A number of San Diego news outlets have reported that the McLaren collided with an SUV going the opposite way, killing the driver of both cars and a passenger of the SUV.

The crash ended up becoming a messy fireball involving eight cars in total, with eight more people injured on top of the three dead in the primary collision.

Concerns were raised in the hours after the crash that the driver of the McLaren was YouTuber and CS:GO skins expert, McSkillet.

At the time of writing it has not been confirmed by authorities the name of the driver, however, a number of his friends have taken to Twitter to claim that it was McSkillet behind the wheel. 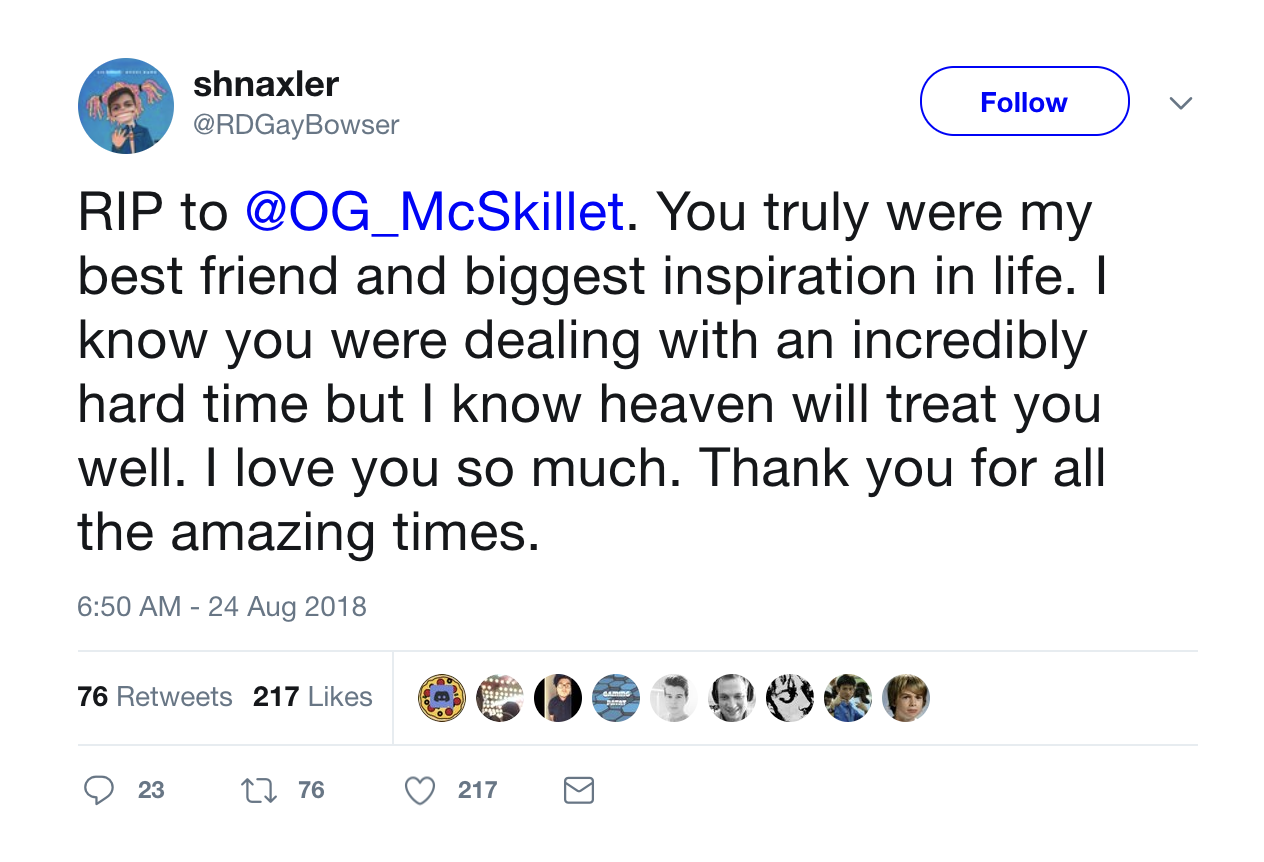 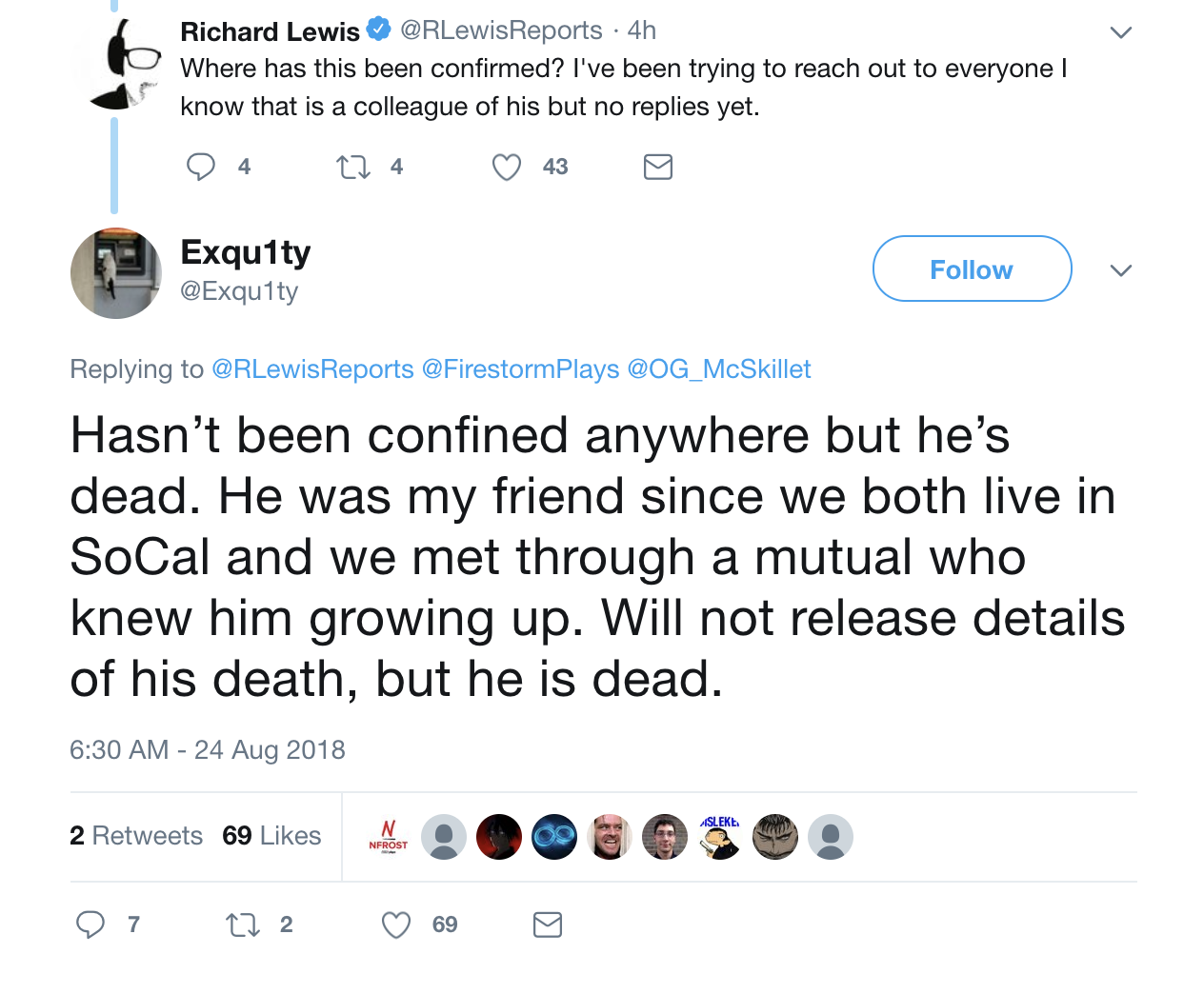 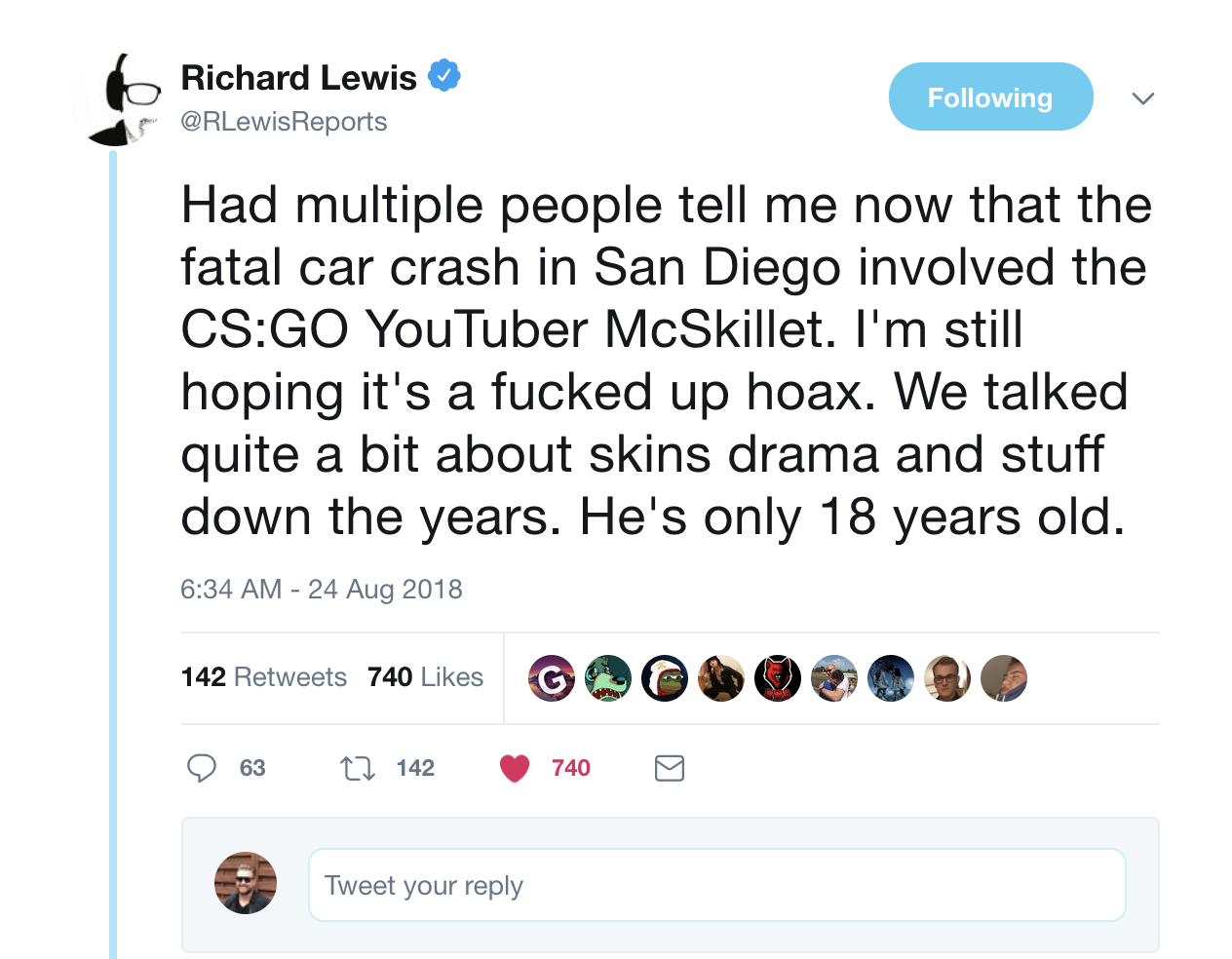 McSkillet was a successful YouTuber, with over 870,000 subscribers on the video sharing platform.

One of his uploads in December 2017 showcased him revealing his black McLaren.

The majority of his videos focused on CS:GO skins, but he hadn’t uploaded a video since March 2018.

He was later trade banned by Valve in mid-2018 due to his involvement in skin gambling website, CS:GO Magic.

It is important to note that it has not been confirmed that McSkillet was the driver and we’ll update the story when more information is released.