CS:GO: How to boost in Overpass after "Olofboost 2.0" fix - Dexerto
CS:GO

CS:GO: How to boost in Overpass after “Olofboost 2.0” fix

The Counter-Strike: Global Offensive community are rediscovering a classic twist to the Overpass boost which lets players peak into the lower levels of the B Bombsite.

In the August 19 CS:GO patch, the Valve developers trimmed away some excess elements behind the CT spawn in Overpass which prevented players from performing the “Olofboost 2.0” jump that’s been making the rounds on the internet.

Since the trick was cut out of the game in the latest patch, players have been reminding the CS:GO community of another boost angle on the map. But this time, it’s a lot easier to pull off as opposed to how it used to be done. 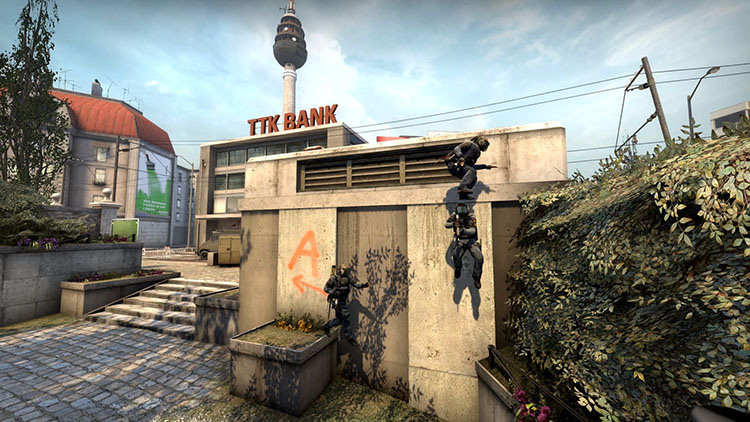 The Overpass boost is tricky, but yields great results.

The boost is going to give CT players (and the T-sided team as well if they’re running the map) a look into the B bombsite from short A, or the outdoor alley that runs adjacent to the bathrooms just before connector.

Before it used to take the whole five-member team to get a boost with similar effects, but with the help of extra elements near the bushes the load can be managed by just three people to get an eagle-eye view into B, shown in a post by Reddit user ‘FPSHater.’

How to boost in Overpass

To pull off the boost, nestle a player into the corner where the half-wall meets the large wall in short A closer to the CT spawn.

After that, get another player to jump on their head, then the top player needs to jump while holding the left and back keys so they can essentially stay in that position without needing a player under them.

It’s important to note that if the player left on the wall releases their back and left keys, they’ll get unhinged to the wall.

Finally, using the person who boosted up the first player, perform a run boost to get another teammate on top to perform a 2-man stack while being boosted by the map’s wall.

Doing the boost correctly will give players an incredibly good look at the pathways that funnel into the B bombsite.

While the boost is a bit hard to pull off, especially in one try, it could be a pretty useful tactic to pull off every once in a while to take an opposing CS:GO team by surprise.

When will Corpse Husband stream on Twitch?