Cosplayer Sparkle Stache showed off an amazing Protoss Probe cosplay at Blizzcon 2019 and fans couldn’t get enough of it.

Blizzard’s annual convention, Blizzcon, took place from November 2-3 with the company putting up the usual celebrations, showing off new games, and running a cosplay competition.

Every year hundreds of cosplayers flock to the event to participate in the contest, bringing with them some incredible and extremely creative creations, and this year was no different. 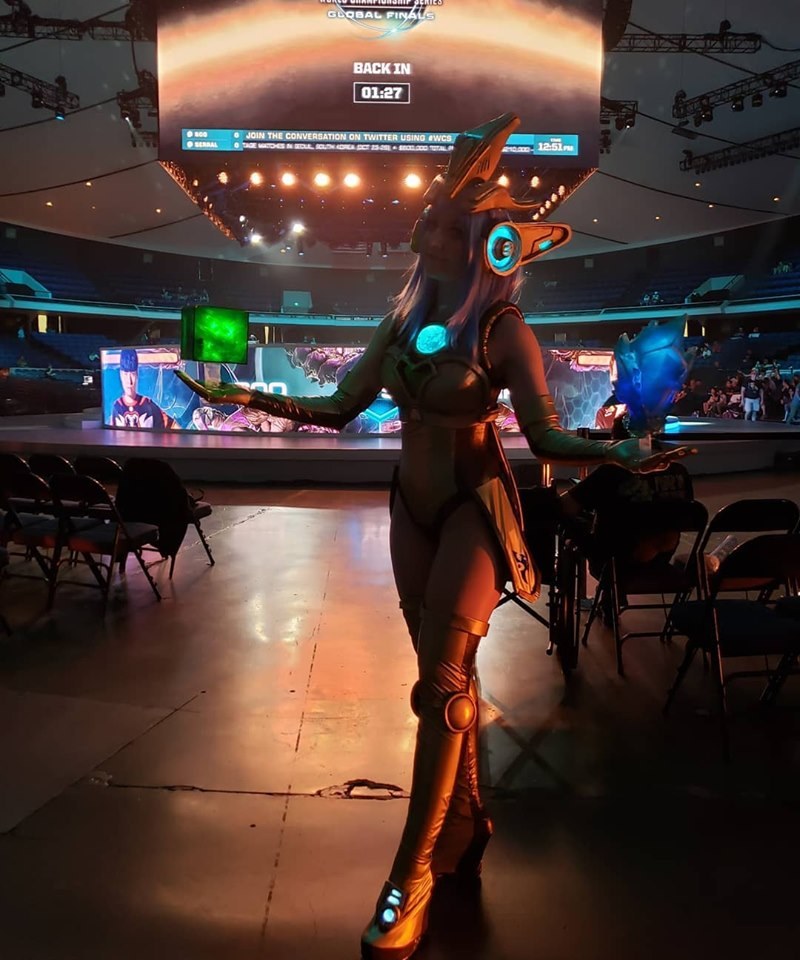 A cosplayer known as Sparkle Stache showed up with one of the most unique outfits to-date, bringing the tiny robotic Protoss Probe to life and managing to keep it insanely accurate.

The most amazing thing about the costume is how well it actually works – it’s difficult to imagine how it would be possible to scale up a small, circular robot to human size, but this works incredibly well and you can instantly recognize it.

The Probe’s iconic horn and long ears are perfectly recreated, even including the blue glow, making the cosplay stand out with just a few accessories. This is accompanied by more of the bronze and blue glow throughout to really cement the original Probe look.

However, what really makes it perfect is the little detail of adding minerals and a cube of vespine gas, just as the worker would collect in-game.

This isn’t the only Starcraft cosplay that Sparkle Stache has done, in 2017 she did something even more unique, bringing a Protoss Pylon to life, which is one of the race’s key buildings. That’s right, she cosplayed as a building and actually made it work.

We will undoubtedly be seeing her at Blizzcon again next year, likely bringing another crazy look that most people wouldn’t even think is possible.