An astonishing cosplay of Overwatch’s Mei has been revealed by a member of the game’s online community, perfectly recreating the character’s original skin.

The online multiplayer’s fanbase has grown continuously since the game was first released in 2016, not just in size but in creativity with tons of cosplays based on different characters going viral.

Incredible recreations of Ashe, Widowmaker and many others have stormed the internet, but on January 29 one Reddit user revealed an outfit that they have created for one of the heroes that we don’t always see people cosplaying, and that’s Mei.

Mei has many different skins in Overwatch, including this Zhongguo version.

Now, everybody has their favorite in Overwatch – whether that be the one that they main every time they go online to play, one they really like the backstory for, or just appreciate how good they look in the game.

However, we can’t say we’ve seen many cosplays inspired by Mei before, certainly not to the standard of Reddit user derkynord anyway.

The damage hero has a striking blue outfit that looks perfect for the snow, which is quite fitting if you consider the weather-altering abilities she has in-game, and the cosplayer has done everything she can to recreate that same look in this fantastic design.

“I main support and tank but Mei was my first hero, and I still play her when I want a little change,” the cosplayer explained, “Love the crowd control abilities and versatility in play, reminds me of playing Discipline Priest in WoW pvp” 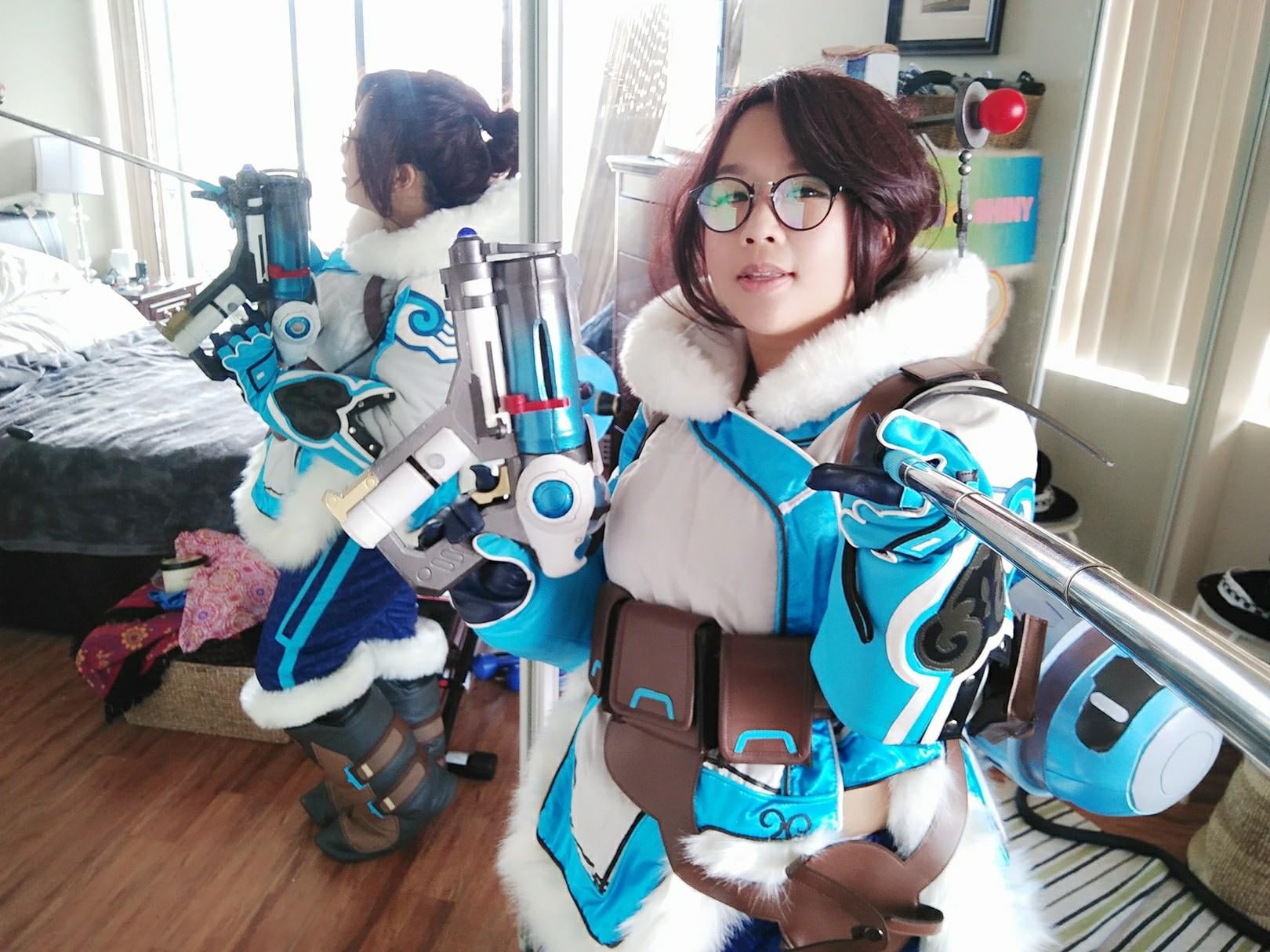 While she admitted in the post that she no longer mains Mei, instead opting for tank heroes, it was the first character she tried out on the game and has been loyal to her ever since – still giving her a runout on the odd occasion.

“I still play her when I want a little change. Love the crowd control abilities and versatility in play, reminds me of playing Discipline Priest in WoW PVP,” she said.

One element of the cosplay that received positive feedback from redditors was her hair. One said: “Adorable, I love your hair,” to which she responded: “Thanks! It’s a wig. My actual hair is always dyed weird colors so it wouldn’t work for this at all.”

Whether or not derkynord will reveal more of her work on the Overwatch subreddit in the future remains to be seen, but based on how much traction this one received – over 2,200 upvotes at the time of writing – we’re sure this isn’t the last we see of her.