A skilled cosplayer took antagonist Diavolo from JoJo Bizarre Adventure’s fifth manga story arc Golden Wind and transformed him into a real-life work of art that will have fans swooning.

In the show and the manga, Diavolo is Golden Wind’s main adversary, and is known to be the boss of the drug-dealing gang Passione. He constantly wreaks havoc by trying to keep his identity a secret, and has an obsession with erasing any trace of himself from history.

Despite his menacing personality, people love him, and cosplay artist Kat from Angelic Daze Cosplay is no different – they decided to bring the villain to the real world with a stunning take on the aggressive mafia character. 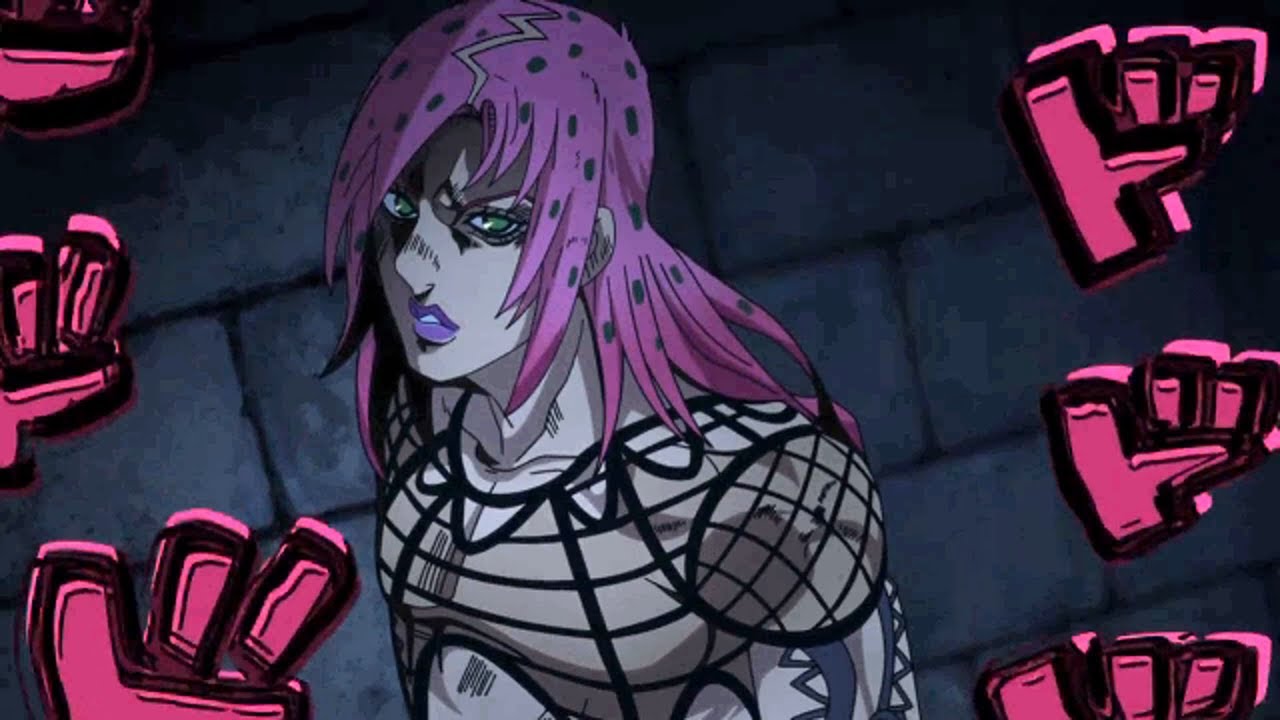 The formidable foe would do anything to keep his true identity a secret.

One of the boss’s most iconic features is his leopard-patterned pink hair that falls just below his shoulders and is parted to the side – something that the artist managed to pull off seamlessly with a perfectly styled wig.

The character’s other prominent element is his outfit that consists of a shirt of sorts made from mesh wiring that attaches to the belt with long chainlinks across the torso, and his pants also stand out with their vibrant purple color.

Kat completely nails his threads with their look, and even posed with some black ropes in the shot to tie everything together, and to make it appear as though the antagonist had jumped right out of the TV screen itself.

Another photograph shows the Golden Wind adversary in a different pose – this time with his chest on display. As the character’s outfit is so skimpy with his mesh “shirt” and belt chains, it’s only natural that in the show and the manga, his muscles are always out for the world to see.

The cosplayer managed to achieve the boss’s impeccable pecs by using a bodysuit and then applying extra body paint to make them stand out more – something that obviously paid off.

While Diavolo’s appearance is very intricately detailed, the artist pulls off every element perfectly, and their design makes for the perfect real-life portrayal of the mafia boss.

Kat’s cosplay designs have proven to be a hit with many, as their Instagram account boasts a decent 26,300 followers at this time of writing.

Not only is their representation of JoJo’s Bizarre Adventure great, they’ve also created amazing designs from other popular anime such as Studio Ghibli’s Howl’s Moving Castle, and Sailor Moon.