A skilled cosplayer brought Inosuke Hashibira from Demon Slayer to life with an incredibly accurate take on the character that is sure to haunt the dreams of anime fans.

In the show, Inosuke is a demon hunter who travels alongside main protagonist Tanjiro Kamado, who is on a quest to avenge his family after they were brutally killed and his sister turned into a demon.

Demon Slayer completely blew up the anime scene in 2019, garnering viewers from all over the world with its gripping storyline, and Inosuke is a favorite with fans. 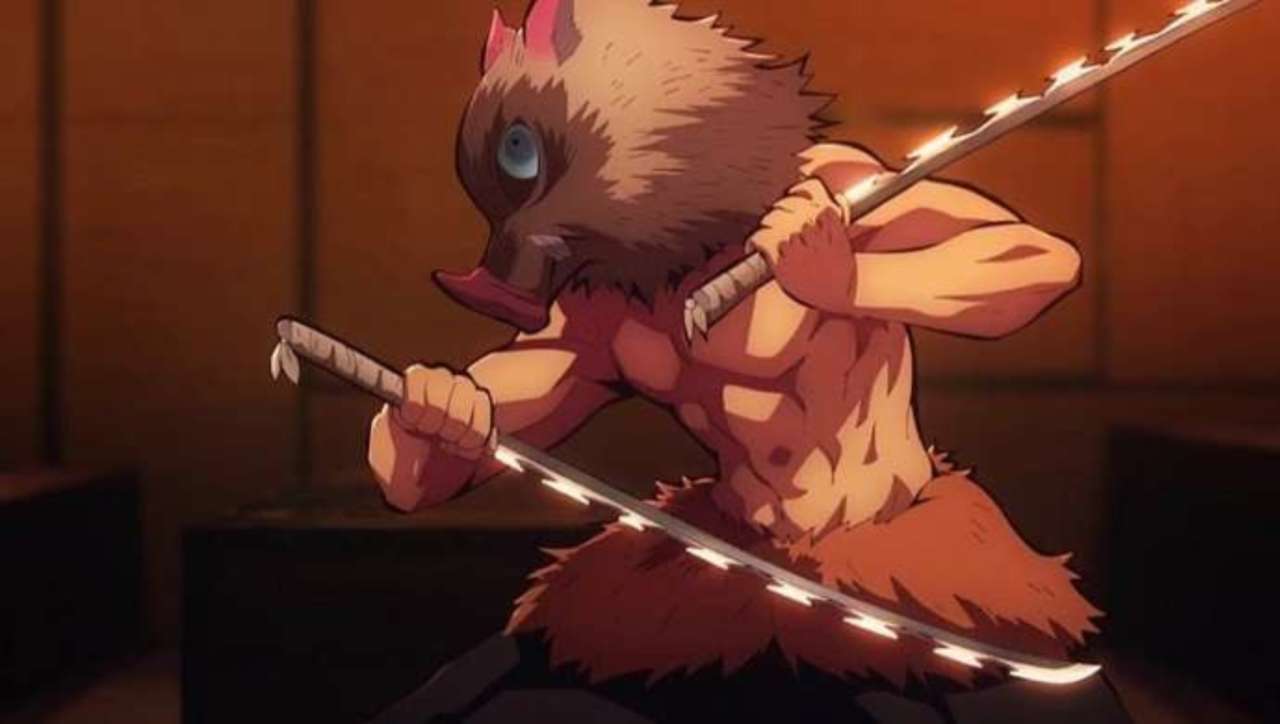 The hunter’s most iconic feature is his boar mask.

What’s interesting about the 15-year-old is that he was raised by boars, and pays homage to this by wearing a horrifying hollowed-out boar head as a mask, which serves as his most defining feature. ‘Bep Cosplays’ literally brought the creepy helmet to life with an incredibly eerie take on the character’s mask.

She also replicated the hunter’s navy blue baggy hakama pants perfectly, and even included the fluffy animal fur that sits around his waistline. Inosuke fights demons with two razor-sharp Nichirin Blades (weapons forged from ore that absorbs sunlight) and the Georgia-based artist couldn’t finish off her cosplay without adding these from Varanis FX – they look badass.

The look was pulled together by Brad Rosson from Rosson Photography, who specialises in cosplay shoots and portraits.

The creepily accurate mask was made by Jimmy from LeLegacy Crafting, who – according to his Etsy page – used 3D printing techniques and polylactide to create the inner shell and the tusks, with the end result being 1lb in weight.

It took up to eight weeks to make, which is unsurprising when you look at how much detail went into the boar’s head – it almost looks too realistic!

Jimmy has also made props from other shows and video games, such as Ectoplasm’s helmet from My Hero Academia, and the Firefly Light from Monster Hunter.

Fun post? Honestly I want to make more masks just build the tallest boar head tower in the world!✨?✨ Thank you everyone for the recent love and support ❤️ I couldn't of gotten this far without y'all! I got another demon slayer cosplay in the works which I hope does as well as inosuke's so stay tuned! If you want to get one and join the pig assault gang, check out my Etsy where I sell them! (We got alot of orders so the wait is pretty long) link in my bio. The wig is from @miccostumes ✨ #diy #cosplay #cosplayersofinstagram #inosukehashibira #inosuke #demonslayer #demonslayercosplay #demonslayerinosuke #inosukecosplay #kimetsunoyaiba #kimetsunoyaibacosplay #tanjiroukamado #tanjiro #nezuko #nezukokamado #zenitsu #zenitsuagatsuma #gonpachirokamaboko #kny #houstoncosplay #houstoncosplayer

Bep Cosplays has gathered a fanbase for her work, and boasts around 32,700 followers on her Instagram page at this time of writing.

She is an avid fan of pop culture, and has created costumes from many other franchises such as Fire Emblem, Kingdom Hearts, and Overwatch.