YouTuber ‘Supercar Blondie’ was shocked to see all of the leftover luxury cars from the lavish streets of Dubai that all ended in the same junkyard, and some were reselling for insanely low prices.

Whether it’s vehicles that were completely destroyed in a collision or just an owner who left the country and couldn’t take their Ferrari California T back home with them, there were tons of supercars that “go to rest” in the lots of Dubai.

Blondie was astonished at the hidden treasures she was coming across in the junkyard, although not all of them were in mint condition.

“There’s nothing wrong with this one,” Blondie said, examining a California T that was apparently faultless on the outside. “There are other cars, over the years, that have literally been abandoned by owners on the side of a road because they couldn’t pay their debts and had to leave the country straight away. So you’ve got cars like this, and then you have cars like this.”

Her gaze switched to a nearby 2014 Rolls-Royce Wraith, which Blondie found can go as cheap as $125,000, but, because of the absolute wrecked state this one was in, it was selling for $2. 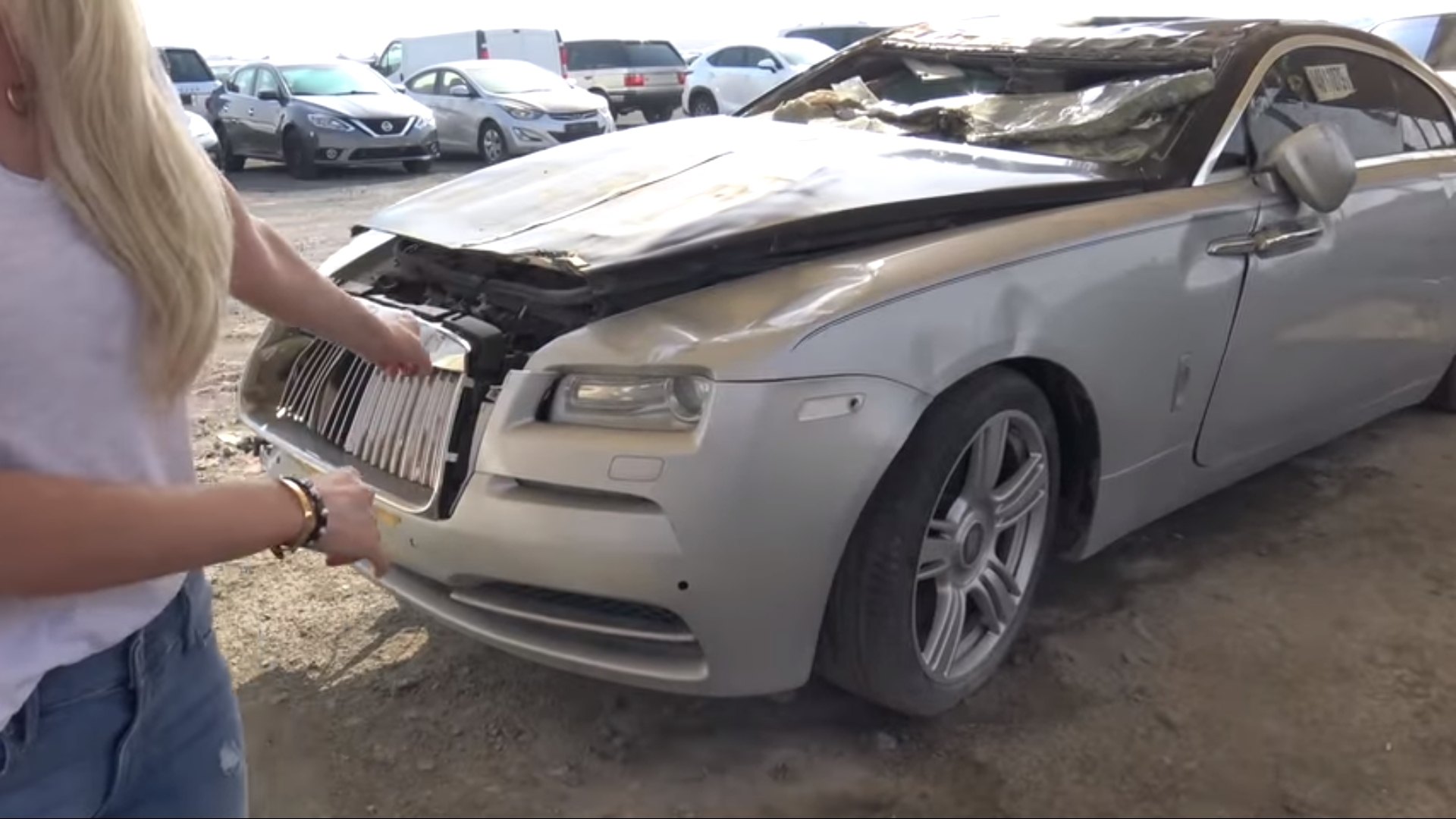 A Rolls-Royce Wraith that looked decent on the inside, but an absolute disaster on the outside.

That would only be the start of the tragic supercar collection in the fields of Dubai, which also included a 2015 Lamborghini Huracan, a 2015 Mercedes GTS, and a 2006 Ferrari 612 Scaglietti.

One of the YouTuber’s most impressive finds was a white G-Wagon that caught her by surprise.

Though the outside was covered in dirt from its environment, the off-road Mercedes SUV was in near perfect condition on the inside.

“Oh my god, that is crazy,” she said after seeing the Carbon Fiber trim and the glass panel dashboard intact. “Look at how good condition this is. Not somewhere you would expect to find a brand new G-Wagen in this kind of condition here in a scrapyard.”

The lot was expectedly filled with junkers that have no chance of going back to the streets, but Blondie was just amazed at the vast array of supercars that were gathering dust in the Dubai depot.