Iconic American comedian Jay Leno explains what makes the 1932 Mercedes-Benz SSKL is one of the most “legendary” vehicles in history, after taking it for a spin during a video on his YouTube channel.

The former talk show host has been showcasing a number of different vehicles as part of his YouTube review series, including not just some of the finest specimens from the past, but also some of the hottest sets of the wheels on the market today as well – such as the Aston Martin DB11 AMR, Ducati motorcycles and more.

However, it was very much a blast from the past with his upload on January 13 as the 69-year-old introduced not just one of the most impressive Mercedes-Benz cars inside his garage, but also welcomed in a manager of the company – Michael Kunz – to talk about what made this model great. 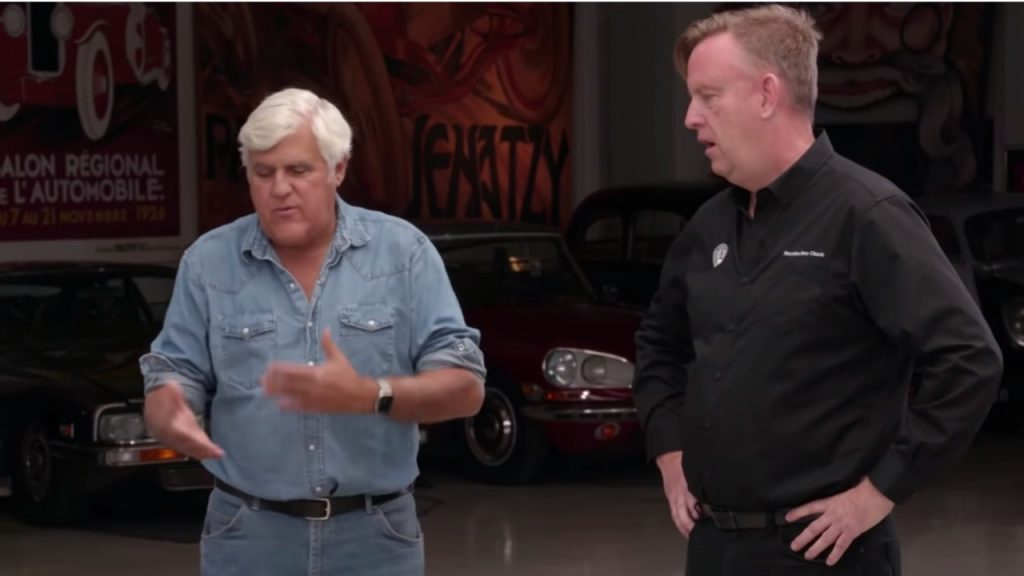 Leno and Kunz discussed the tremendous success of the SSKL during his latest review.

Kicking things off, both of their hair was seen flying all over the place as they zoomed around the highway in a recreation of the noisy, roofless vehicle, before giving viewers a closer look at it in the garage itself.

“This was the height of technology in the late 20s and early 30s, one of the most amazing cars of all time. In fact, the SSKL is probably the basis for every bad replica car kit you’ve seen over the years,” Leno said. “It’s just an amazing car with a supercharger that makes just the most screaming noise you’ve ever heard. It’s just a legendary car.”

The SSKL was a two-door roadster, packing a supercharged 7.1-litre engine that could be heard screaming down the race tracks – and roads in this video – from a fair bit away. It was so loud, however, Leno claims drivers were told not to use the supercharger for over 10 seconds due to the noise it makes when running.

You can see that, and more, when he takes it out on the road during his latest review.

Timestamp in the video below at 1:28.

While modern-day vehicles are always judged on their beauty, their design, the speed, engine and mechanics, Leno was very blunt about what made this Mercedes special.

Leno added: “This is just unbelievable, you know. This is one of the cars that I first saw when I was a little kid. It just made all the right noises, looked massive, looked imposing. This just frightened the hell out of every other race car around.”

What car  he will be reviewing next remains to be seen, but after seeing something as iconic as this showcased in his garage, it’s going to take some stopping.