As is the norm in the months leading up to the release of a new Call of Duty game, the hype train for Black Ops 4 is currently running at full speed.

With the first weekend of the Private Beta now all wrapped up, numerous big names in the community have taken their streams and social media to predict that this game will be a huge success.

However, as YouTuber ‘OMGItsBirdman’ has been quick to point out, this sort of reaction preceding the release of a new CoD title is not unusual.

In fact, over the past several years, many within the community have been quick to hype up an upcoming game only to be left disappointed much later.

During the weekend of the BO4 Beta, Birdman tweeted out screenshots of tweets sent out by several CoD pro players from previous years claiming how good that year’s  game was going to be. 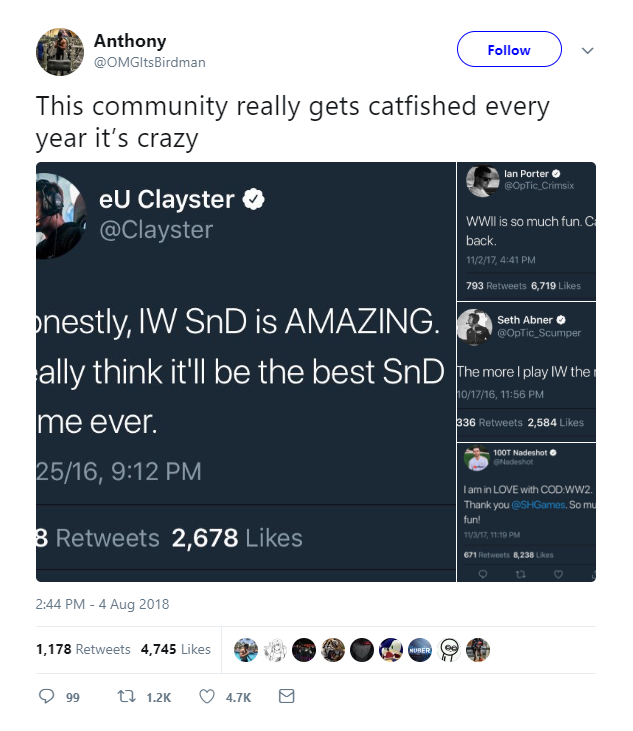 Here is eUnited’s James ‘Clayster’ Eubanks, who was with FaZe Clan at the time, talking about how good Infinite Warfare was going to be. 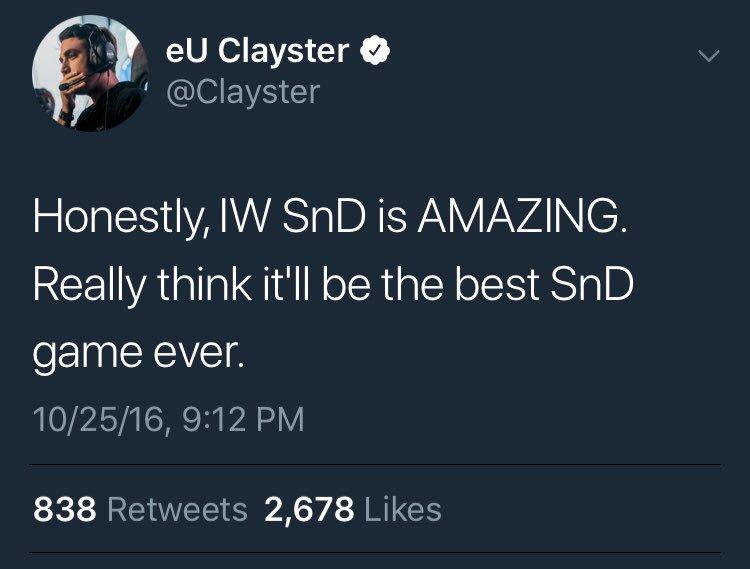 Similarly, OpTic Gaming’s Seth ‘Scump’ Abner was a fan of IW prior to its release. 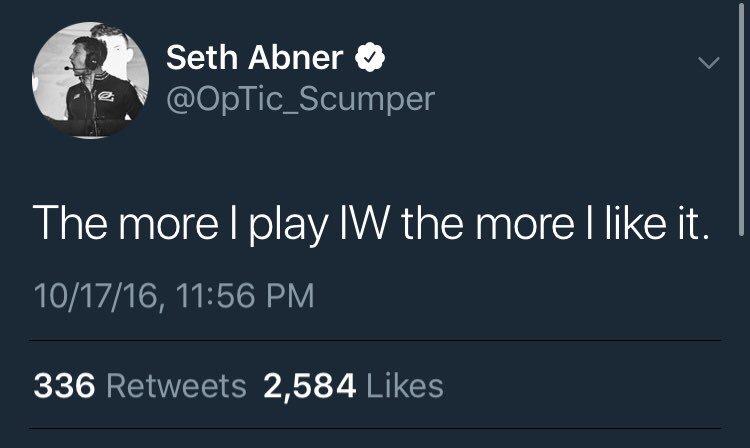 A year later, Scump’s OpTic teammate Ian ‘Crimsix’ Porter made a bold statement about WWII bringing CoD back to its heights. 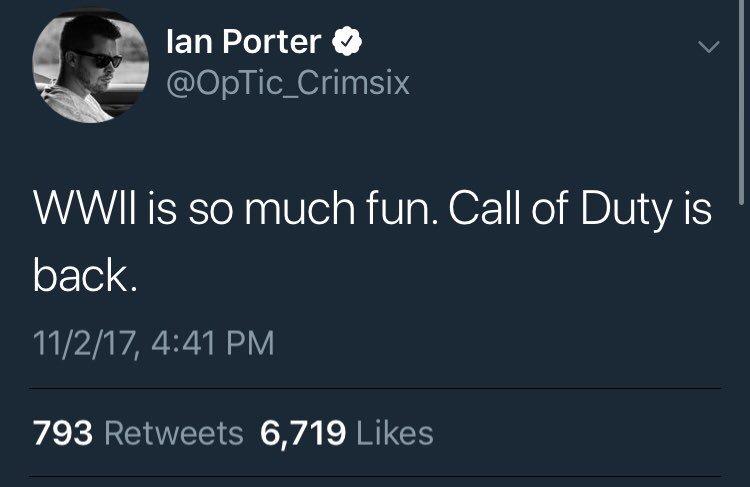 Here is former pro and now CEO of 100 Thieves Matt ‘Nadeshot’ Haag confessing his love with WWII during the early stages of its release. 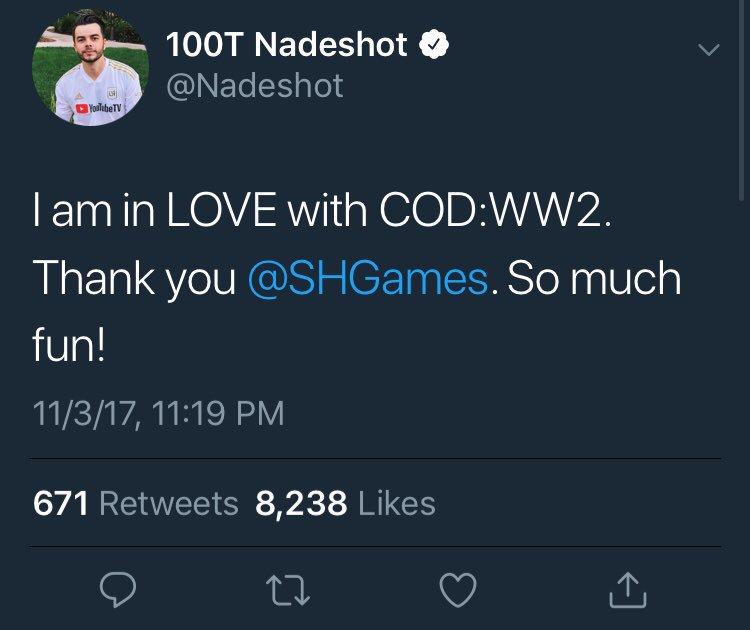 It is no secret that neither Infinite Warfare nor WWII were largely popular CoD titles, and many of these pro players changed their initial opinions of these games after having to play them for months.

Therefore, this pre-release hype for Black Ops 4 and the bold predictions being made regarding its potential success should be taken with a grain of salt.