You can now pay $2 for a smiley face dot in Call of Duty: Black Ops 4 - Dexerto
Call of Duty

You can now pay $2 for a smiley face dot in Call of Duty: Black Ops 4

It looks like the backlash over selling a red dot for $1 has not deterred Activision and Treyarch’s push to sell reticles at a premium to Call of Duty: Black Ops 4 players.

The newest addition to the premium reticle black market is a pink smiley face – and its yours for $2.

Back in December 2018, Black Ops 4 was making the headlines and causing some backlash on social media, after a dot was on sale in the in-game microtransaction store, for 100 CoD points ($1).

Although, they did offer it at 50% off for a limited time – incredibly generous. 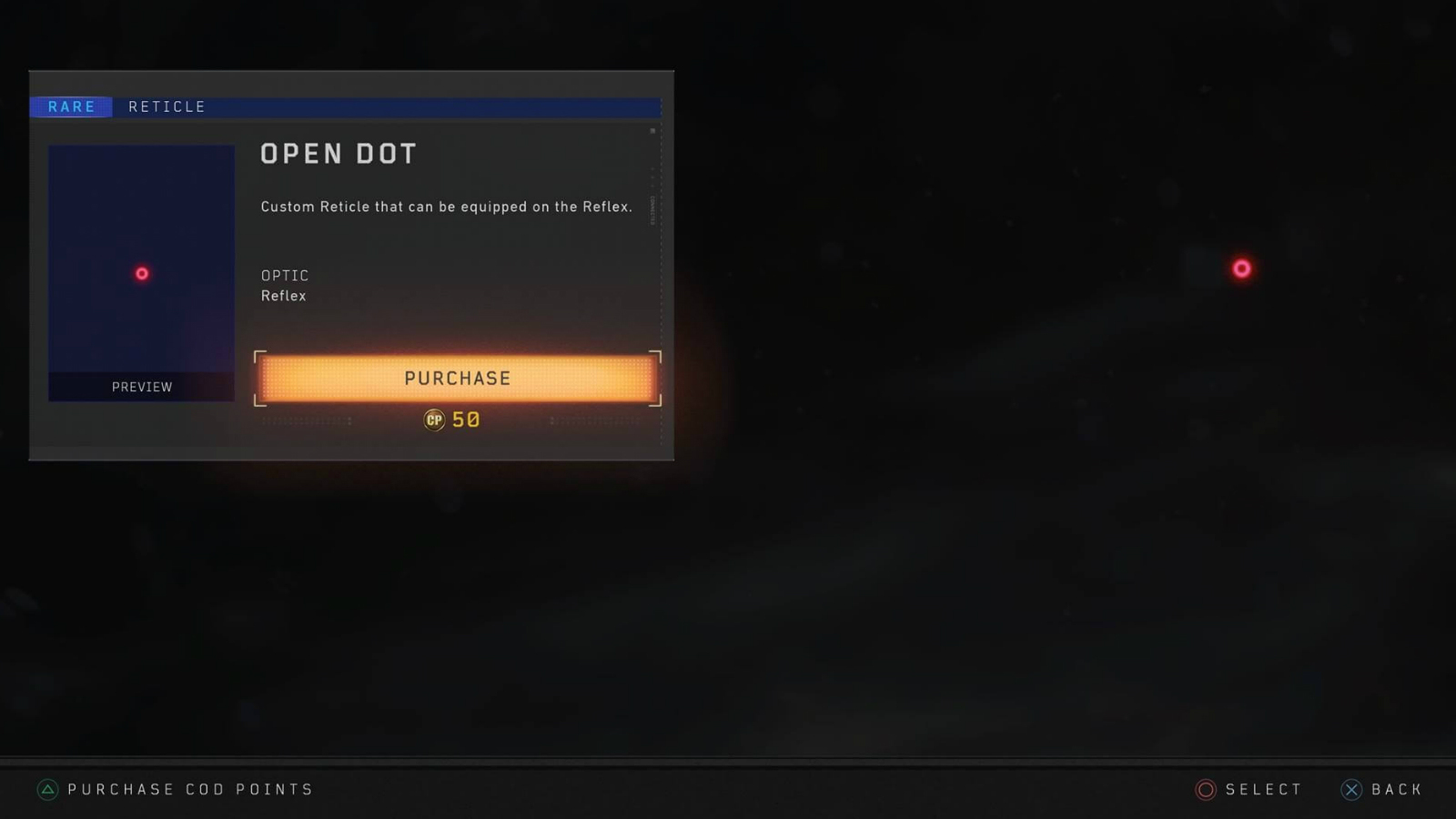 Despite the backlash, another, even pricier, dot has now appeared on the Black Ops 4 ‘Black Market’, and will set players back 200 CoD points ($2) if they want to rock a smiley face on their reflex sight.

There is an upside though – you can choose to have the smiley face in any color of your choosing, but this hasn’t been enough to stop fans bemoaning the greedy tactics on display.

Here’s a look at what your $2 spent on microtransactions will get you in 2019. 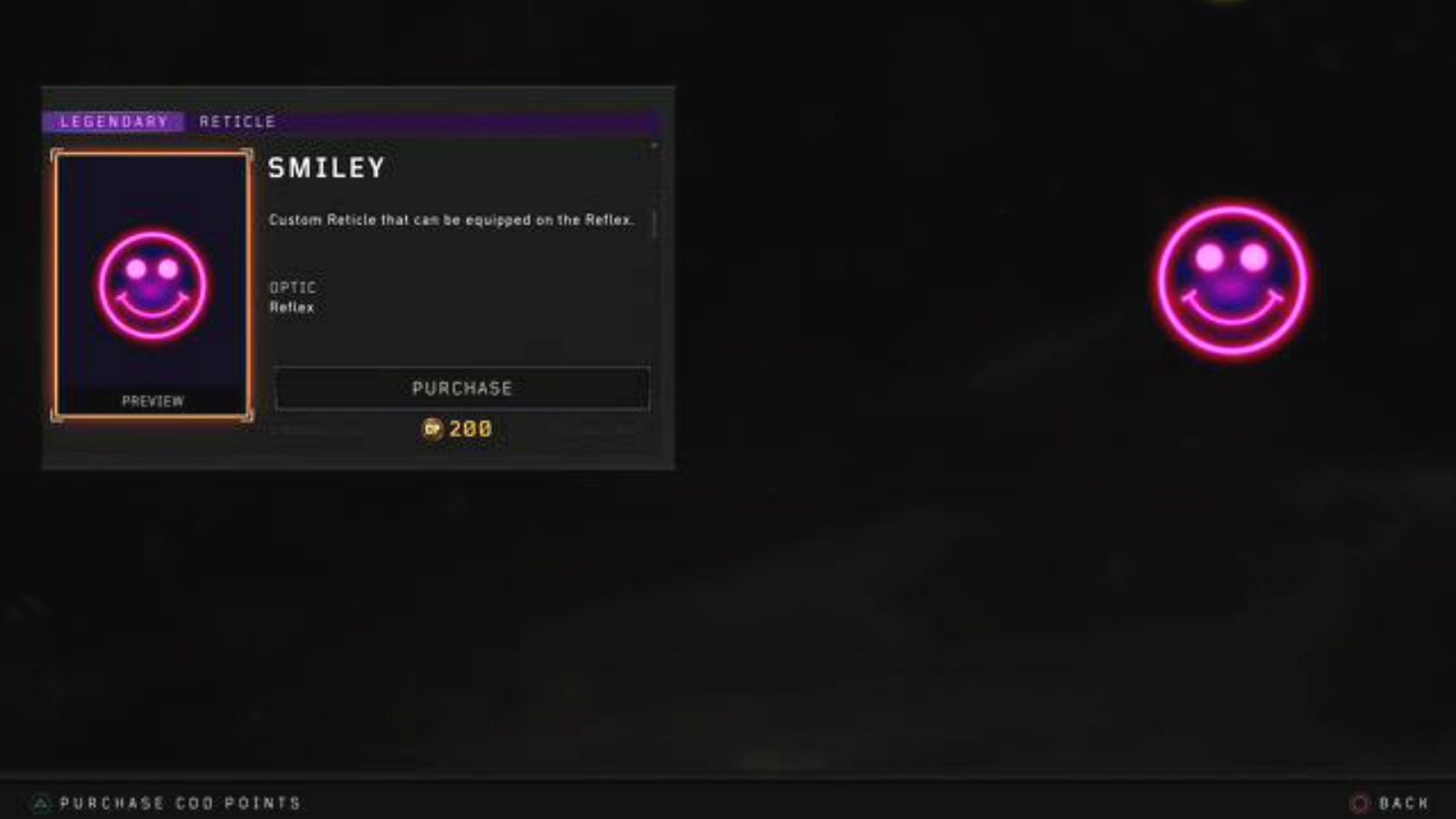 This smiley face reticle comes at a premium, and is marked “legendary”.
[ad name=”article3″]

What is really rubbing fans the wrong way, is that this reticle, while of course not a work of art by any means, is pretty much a copy and paste job from the reticle that was available (for free) in the original Black Ops – and also in Black Ops III.

Reddit user u/thunde-r pointed out that the “legendary” $2 reticle was familiar to them, showing where long time fans of the Black Ops series might have seen it before.

It should be pointed out that this reticle is purely cosmetic, and won’t give anyone an advantage (in fact, considering its wide shape, it may put you at a disadvantage), but players are not happy that even the most basic items are being monetized.

If you care about actually being good at the game though, you won’t have to drop a dime, instead, just check out this in-depth class setup guide for public matches, which will have you topping the leaderboard every game.