Activision and Treyarch have teamed up with Monster Energy, to release special edition cans of the energy drink with Double XP codes for multiplayer in Call of Duty: Black Ops 4.

The cans have only been spotted in the UK at the moment. On the cans, it states that the promotion is open to residents of the UK, Isle of Man, Mauritius and the Republic of Ireland. There is no word whether the promotion will open up to other countries yet. 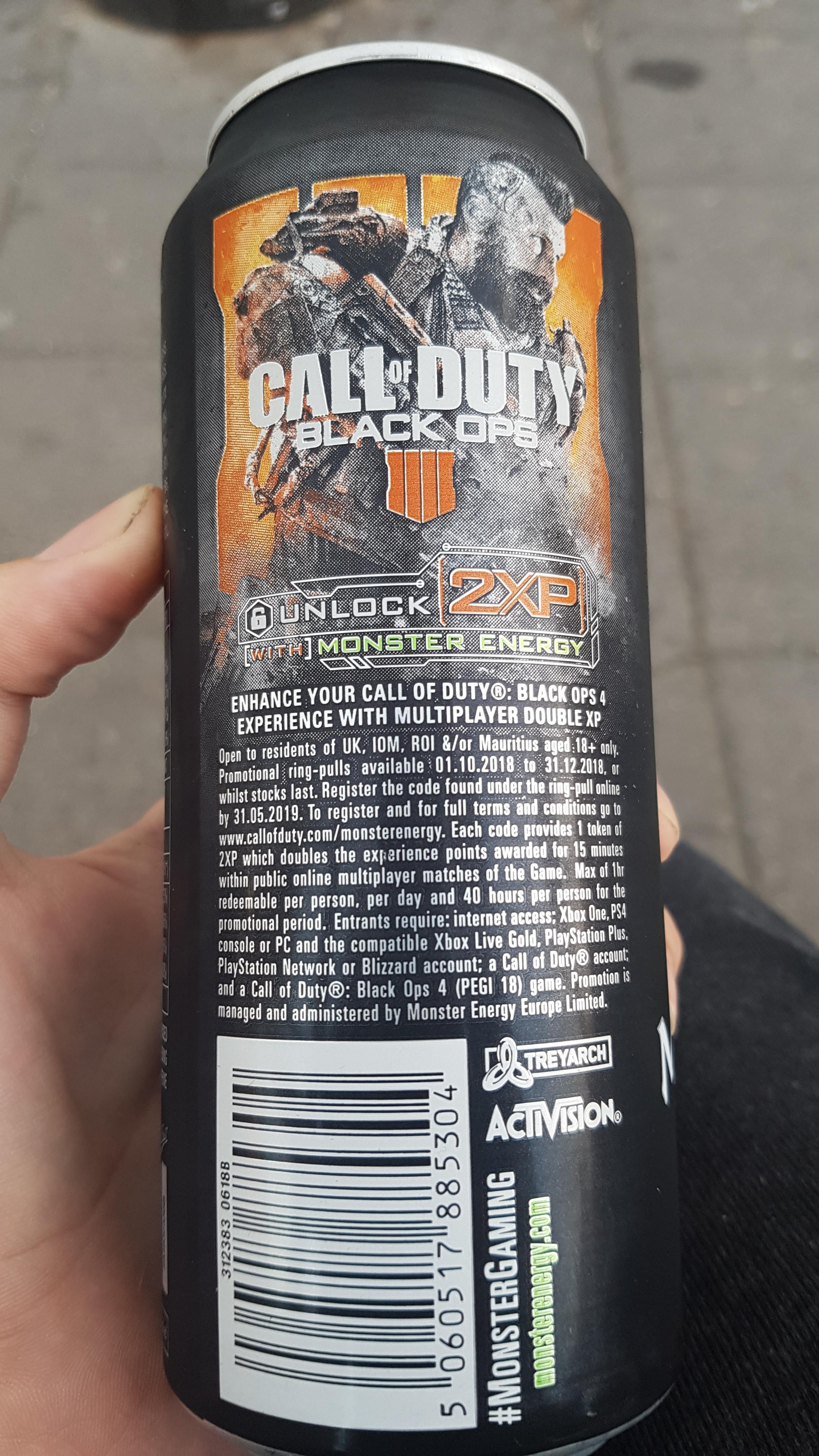 There is no official end date for the promotion, but cans do state that codes must be redeemed by the Friday, May 31, 2019. Whether you will be able to purchase cans up until that date, remains to be seen.

This isn’t the first time that Monster have team up with Activision to offer this promotion. Call of Duty: Infinite Warfare, along with predecessor Advanced Warfare were involved in a promotion like this, while cans available during Black Ops 3’s release offered Double XP for the Zombies gamemode.

While fans of the Call of Duty franchise won’t get their hands on the multiplayer experience the game offers until it releases on October 12, players will get the opportunity to try out the new Blackout battle royale mode that’s coming to Black Ops 4 when the beta releases next.

With Black Ops 4 just over a month away, it’s time to head to the shops and stock up on Monster Energy, and get ready to start rising up the ranks when the game releases!