Sledgehammer Games has given an update on the common issue of players’ ranked play MMR suddenly being reset to 1500 for no apparent reason, saying they are ‘looking into it’.

Ranked Play has had some very noticeable matchmaking issues such it was first introduced to CoD: WWII back in December 2017, with some going unresolved.

Despite the popularity of Ranked Play in previous CoD titles, WWII’s version was marred by these issues and ultimately put people off playing the mode

Sledgehammer also started responding to numerous reports of the issue on Twitter, some from professional players complaining about being hit with MMR demotions. 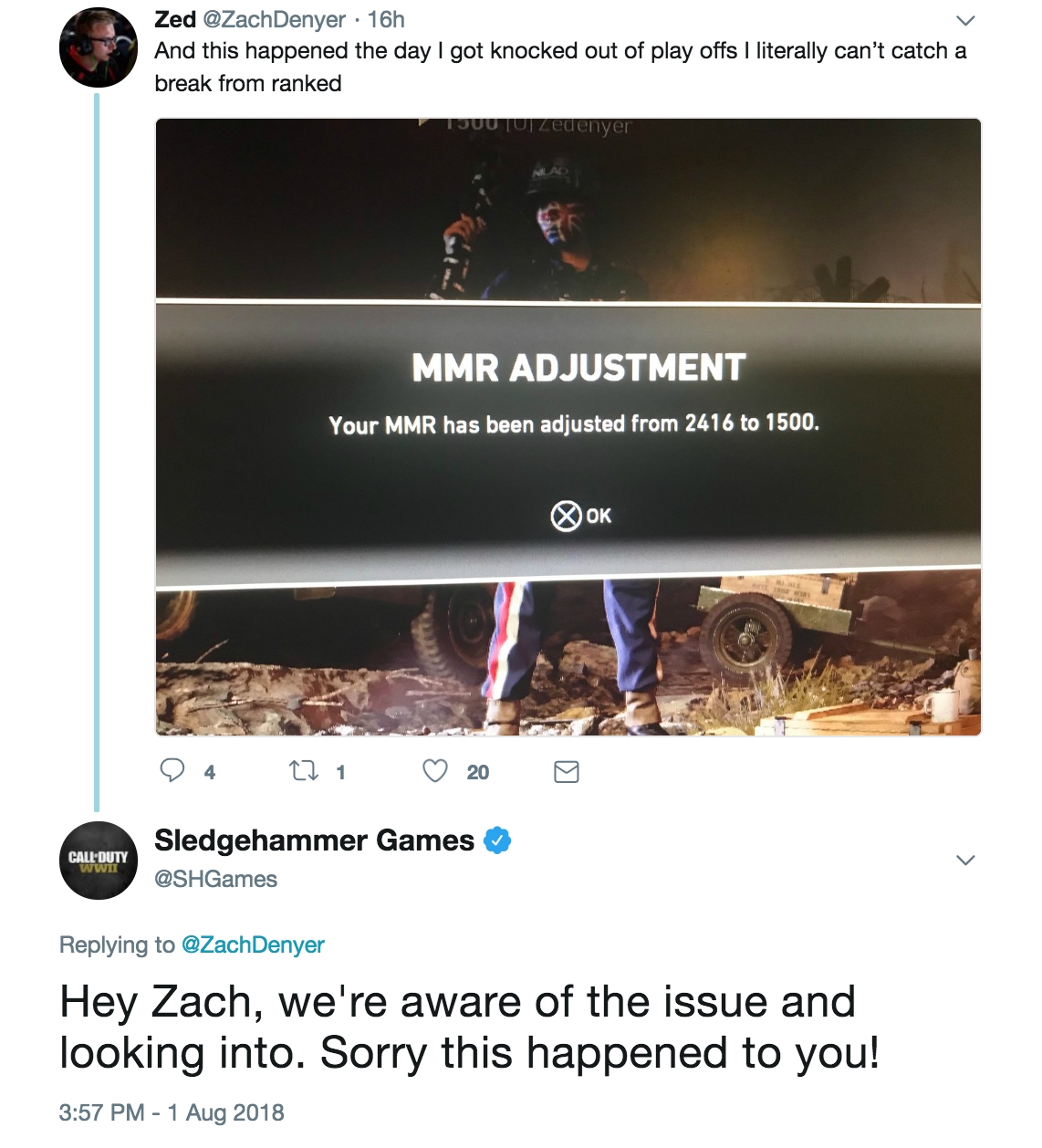 With Black Ops 4 only two months away, there isn’t much time for players to grind up the ranks in WWII before the new game releases, making these MMR resets even more frustrating.

Hopefully Sledgehammer is able to not only rectify the issue to prevent it from happening in the future, but also reinstate players’ previous ranks – which, at only 25 points per win, no doubt took considerable effort.