OpTic Gaming content creator Davis ‘Hitch’ Edwards has revealed the eight team that will be participating in his throwback Call of Duty: Ghosts tournament, and it will feature OpTic CoD pro Seth ‘Scump’ Abner and 100 Thieves CEO Matt ‘Nadeshot’ Haag.

It appears that TJHaLy is taking the place of eUnited’s James ‘Clayster’ Eubanks, who was the fourth member of the OpTic Gaming roster that featured Scump, Nadeshot, and Proofy during the Ghosts competitive season.

Of the four players, only Scump and TJ are still actively competing. Nadeshot is currently the CEO of 100 Thieves and Proofy, who has hinted at possibly returning to competitive CoD, is currently a content creator.

Of course Scump, Nadeshot, and Proofy teamed together for the second half of the Ghosts season in 2014, which saw them place first and win Gold at the memorabl and historic MLG X Games Invitational 2014. 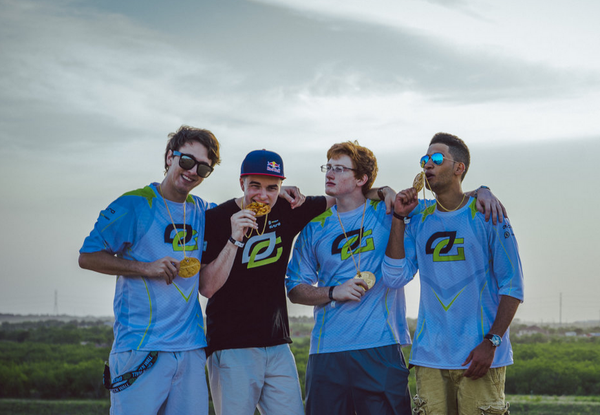 OG is the eight and final team that will be competing in this tournament. The first four were revealed earlier this month, with the fifth and sixth squads having been announced several days ago. The seventh team will feature former Strictly Business teammates Dedo, Saints, Apathy, and Censor.

This Ghosts Throwback Invitational, which has been organized by Hitch in collaboration with online tournament organizers UMG, will take place on September 22 and feature a $5,000 prize pool.

With the tournament a day away, fans can expect Hitch to soon announce more details about scheduling, format and rule-sets, and more.