The CoD community has been given their first look at the possible Specialist outfits that will be featured in CoD: Black Ops 4.

The ad popped up in the Playstation Store on August 6, and was brought to attention on social media by ‘tytypandabear.‘

Here is a higher resolution version of the ad, with the bonus Specialist outfits shown in the middle panel. 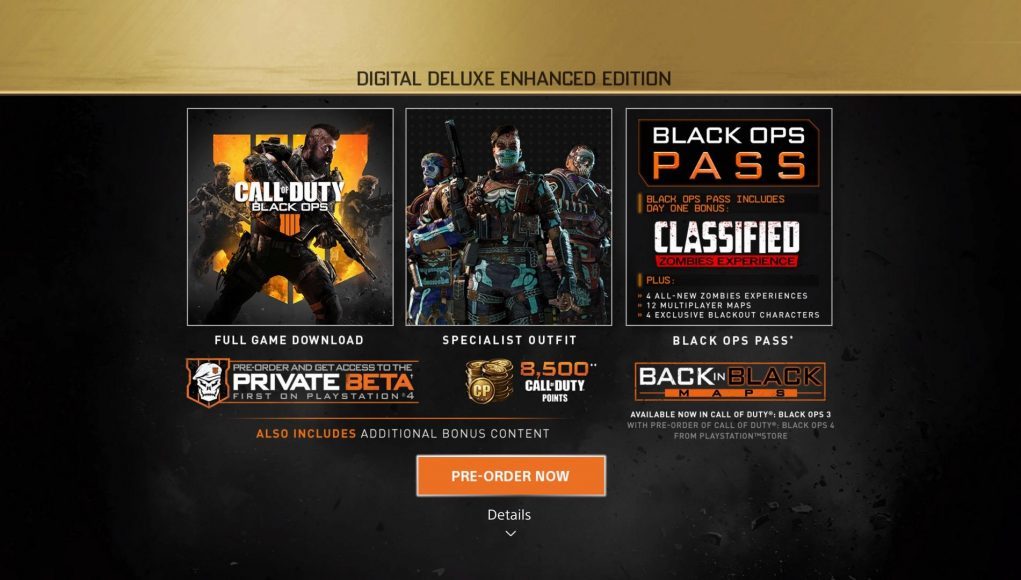 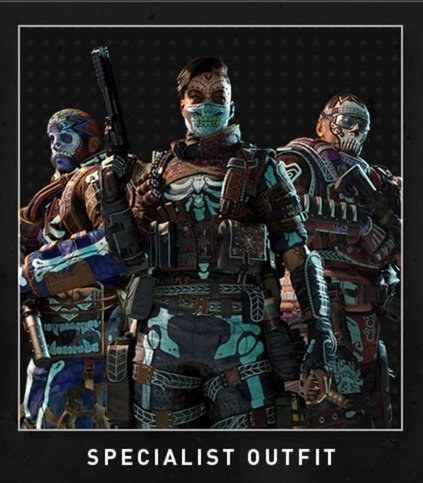 As of now, it is not yet clear exactly which editions of the game other than the Digita Deluxe Enhanced Edition. will include these Specialist outfits.

It is also unknown whether these outfits will be exclusive to those who have certain editions, or if they will also be available for purchase in-game.

Neither Activision nor Treyarch have confirmed or officially announced this new information, although, according to the game listings on the CoD website, bonus items are to be included in some editions of the game.

Specialist outfits were a big part of the cosmetic aspect of Treyarch’s previous CoD title Black Ops 3. Some standard outfits were available after completing challenges, while most others could only be unlocked through Supply Drops.

However, a feature was recently added to BO3 that allows players to purchase certain Specialist outfits directly with CoD points.

Many felt that the feature’s inclusion three years after the game’s release meant that it was merely a trial run for BO4, although It remains to be seen whether that option will be included in the upcoming title.