It appears that the Paintjob and Emblem Editor features will be returning in Call of Duty: Black Ops 4.

In previous titles, the Paintjob feature allowed players to design their own weapon camos and the Emblem Editor let them create whatever they wish as an Emblem to display in-game.

This news became apparent when players began reporting that the PC version of the Black Ops 4 Beta had an option for enabling and disabling ‘User Generated Content.’

User Generated Content
When disabled, user created Emblems and Paintjobs are not shown in the game. This will also disable features that can be used to create or view user generated content. 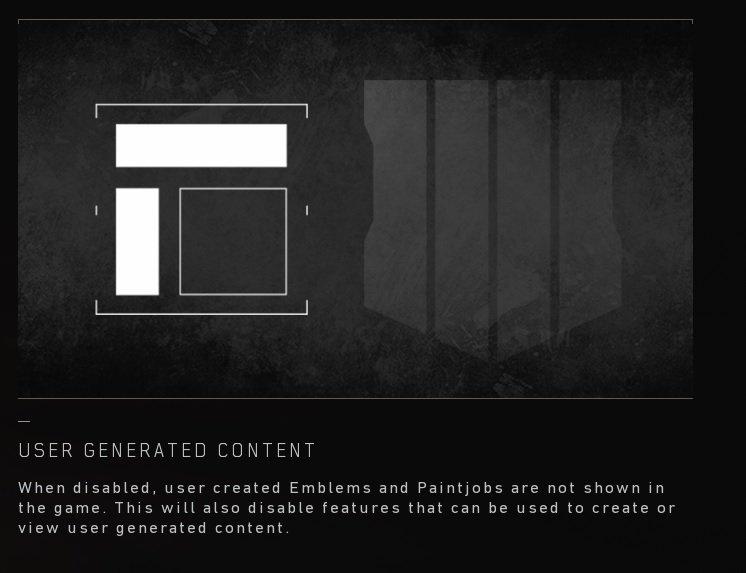 Both the Paintjobs and Embled Editor features were available in Black Ops 3, offering players a wide variety of customization options.

Although Treyarch have not officially confirmed that the features are returning for this year’s title, logic would dictate that they will be added to the game considering that an option for enabling/disabling them already exists.

It is not clear whether both features will be available in their full capabilities right from launch, since some CoD titles in the past have have had customization options disabled at the start.

Regardless, players should be thrilled that a highly popular aspect of the franchise will be returning once again.