A new leak has given Black Ops 4 players an idea of what to expect in a future round of Multiplayer mode offerings from the Black Ops Pass.

Black Ops 4 released with a season pass that promised to give players a steady flow of new content throughout the year, and now it seems details of another installment of content have made their way online before an official announcement.

Known Call of Duty leakers ‘TheWewLads’ say that maps in line for the Black Ops Pass will have players fighting it out in locations named Station and Casino.

FYI: The next two MP DLC maps seem to have surfaced.

Station: LAPD Police Station in the middle of the city. Just what you'd expect.

The information comes from file names leftover from the latest update to the PC version of the game, and has given a small look into what’s to come.

Station will pit players against each other in an “LAPD Station in the middle of the city,” according to the leak.

As for Casino, teams will battle it out in a elegant map filled with vibrant lights, bars, slots and all the typical gambling fixtures once can expect. 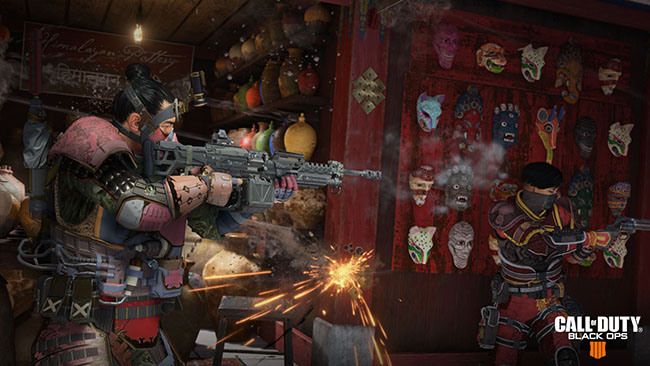 The last batch of content for the Black Ops Pass took Multiplayer users to new heights with Elevation, but now it looks to bring things to a modern setting with maps called Casino and Stations.

The maps are a typical setting for first-person shooters to explore, and whether or not they are next in the lineup of new maps for the Black Ops Pass remains to be seen.

Although the next set of content has yet to be dated, much less detailed, players can expect to get news of the game’s next event around the end of Operation: Absolute Zero on February 18.