Despite being classified as a non-lethal grenade, it turns out that the flashbang in Modern Warfare can actually lead to the downfall of your opponents.

Despite having launched on October 25, dedicated players are still discovering new quirks in the latest Call of Duty with each passing day. From a hilarious beach ball Easter egg to an insane sniping spot on Piccadilly, there’s always something new on the horizon.

One of the most amusing features in the latest iteration, however, stems from the flashbang which can actually dispatch foes without even coming in direct contact. 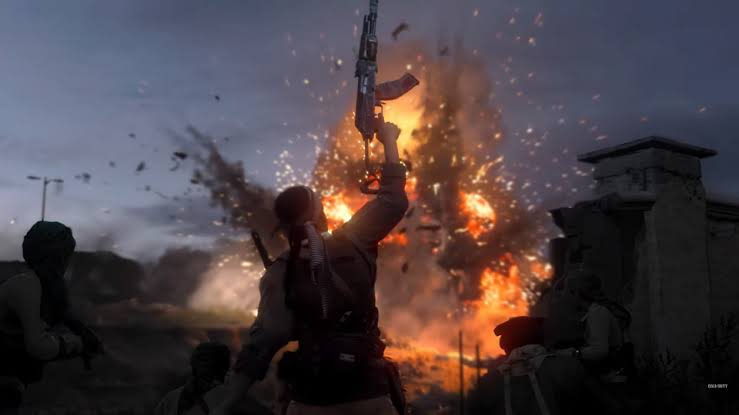 Who needs a Frag or Semtex when you have a flashbang up your sleeve.

Demonstrated in a December 8 Gunfight matchup, Reddit user ‘Papa_Swish’ unveiled the true lethality of the secondary grenades and managed to pick up a shocking kill with a flashbang.

Unfortunately on the receiving end of the embarrassing occurrence, it was discovered that a flashbang timed just right, can come in contact with an explosive and instantly lead to a detonation.

Having thrown C4 just milliseconds prior, the projectile stunningly collided with the flash grenade in mid-air which subsequently caused the lethal explosion.

I’ve seen people die by having their C4 shot right as they throw it, but this is on a whole other level of misfortune… from r/modernwarfare

In previous Call of Duty titles, flashbangs and concussion grenades alike all accounted for minuscule physical damage when launched directly into an enemy. The same can be said for Modern Warfare as throwing any projectile directly into a player will deal a small amount of damage.

Hilariously though, as proven with this highlight, if a flash is thrown perfectly, it can cause the same, minimal damage to explosives as well. And in certain, extreme cases, this can be just the perfect method in which to cause an infuriating death.

“Can’t even be mad about that lol,” Reddit user ‘Sugarfree135 joked, to which the player responded in saying that their team knew they “could never top that.”

Comment from discussion I’ve seen people die by having their C4 shot right as they throw it, but this is on a whole other level of misfortune….

Undeniably one of the most unlucky moments in all of Modern Warfare, players now know to avoid throwing C4 directly at opponents unless they want to end up in someone else’s montage.

Not the only amusing occurrence coming from the 2v2 Gunfight mode recently, with this ridiculous bug outright ruining a round for two teams.