Modern Warfare’s gun balance has been one of the lesser-complained about aspects of Infinity Ward’s latest CoD installment, but the community has still come to a general consensus. The M4A1 is considered the strongest AR in the game, while weapons like the Uzi and the FR 5.56 leave a lot to be desired.

Another unanimous sentiment was that the .357 pistol – a common alternative to the game’s Desert Eagle – was overpowered when paired with a shotgun modifier attachment. 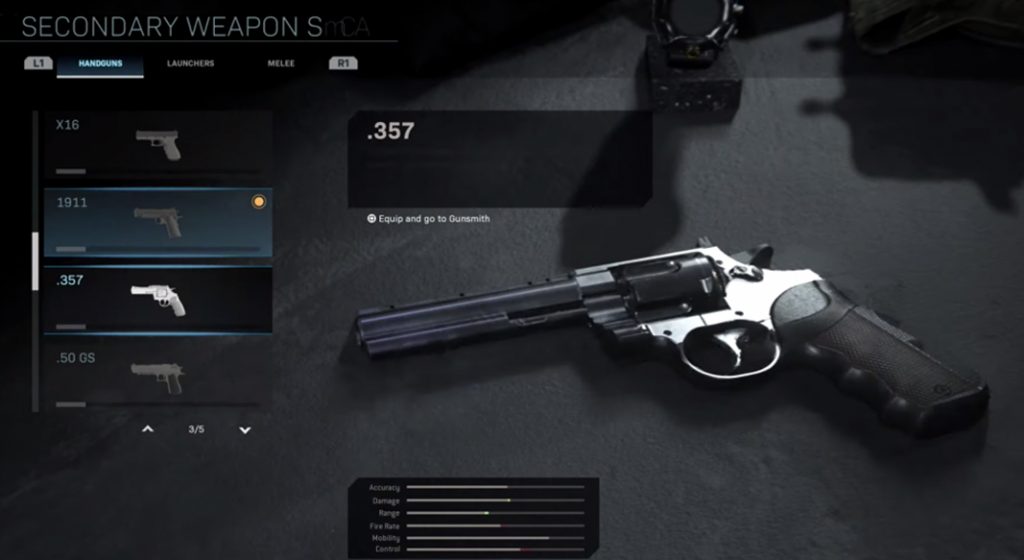 The .357 pistol in Modern Warfare’s Gunsmith.

The Snake Shot ammunition modifier is unlocked at gun level 29 for the .357 Magnum. This attachment sees the gun take “Buckshot-Filled Shells”, meaning it acts as a short-range shotgun.

Many players quickly declared the attachment overpowered, giving the gun mid-range one-hit capabilities that a typical shotgun may not have. In response, the attachment was nerfed heavily in the December 3 update.

However, one Reddit user has found that the Snake Shot .357 now behaves bizarrely, seemingly alternating between buckshot and a normal gun spread for pistols. They shared this video to Reddit on December 7.

I thought something seemed off lately with my .357 Snake Shot 🙁 from modernwarfare

The video quickly amassed a lot of attention on the Modern Warfare subreddit, with upwards of 27,000 upvotes at the time of writing.

Many users were quick to condemn Infinity Ward, with one asking: “Is this their attempt at a patch? They keep pushing how realistic this game is. It’s gotta be a joke at this point”.

The gun certainly seems broken, with the attachment now only appearing to impact alternate shots. It’s not clear whether this was the intention of Infinity Ward’s nerf, or if the user in question’s gun is bugged in some way.

While Modern Warfare players were calling for a nerf to the .357 Snake Shot, we’re not sure that alternate shots are what they had in mind.

Infinity Ward are yet to comment on the state of the .357 or respond to the post, but Reddit responses indicate a number of people are unhappy with the way the gun is now performing.