A ridiculous jump-spot has been discovered on Piccadilly that allows snipers to look over the entire Modern Warfare map like never before.

Having already received its fair share of criticism across the board, with the likes of Matthew ‘Nadeshot’ Haag describing it as the “worst Call of Duty map ever made,” Piccadilly has now become even more frustrating due to this absurdly powerful sniping spot.

While some setup is required to get to the tricky position, the benefit in doing so is truly immense. Not only will you catch your opponents by surprise, but the vantage point also comes with some surprising cover. 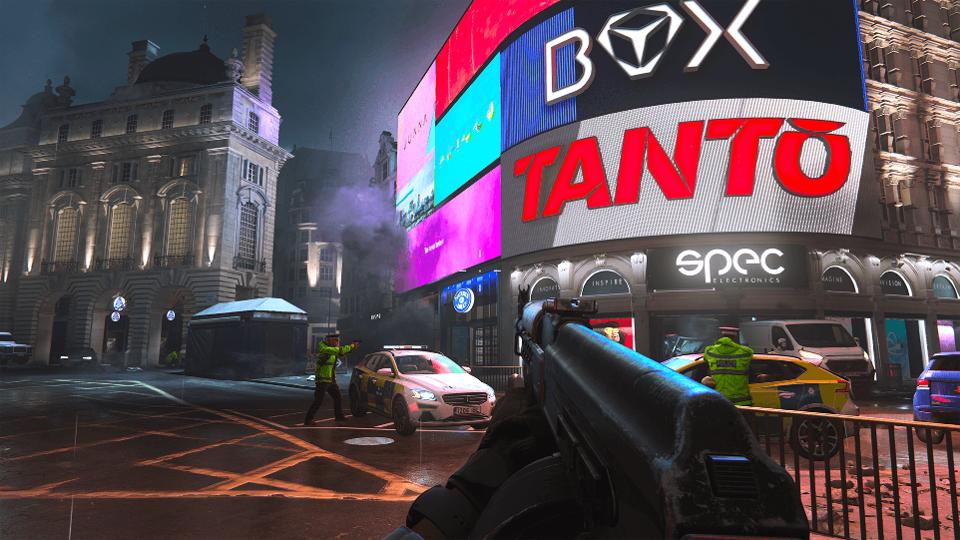 Piccadilly is also a pivotal location in the Modern Warfare campaign.

Showcased throughout a December 2 tutorial, Reddit user ‘Susieomaha’ broke down each step necessary to reach the ridiculous sniping perch.

Having climbed atop one of the many double-decker busses scattered throughout the map, a well-placed Deployable Cover Field Upgrade then needs to be positioned right at the very edge in order for the maneuver to work.

Mantling onto the unique form of terrain, players are then able to launch themselves across to a nearby ledge. Walking back and forth on the newly discovered high-ground is certainly possible, however the real benefit of the position comes when falling through the textures parallel to the bus.

So I found this spot on Piccadilly… from modernwarfare

Carefully navigating closer to the center of the map, players will eventually fall straight into one of the ledges. Obscuring your character model, this position makes players much more challenging targets.

Furthermore, crouching while inside the glitched texture will hide almost your entire body. Meaning that the only viable way for enemies to remove you from the perch, is to be at an equal elevation.

Obviously quite far from the hot spots on the map, this vantage point is absurdly powerful for proficient snipers. Not only do you get a good amount of coverage near the B bombsite, but this spot also offers an overview of the central attacking lane.

Piccadilly is a playable map across all objective-based game-types.

Accessible across every single game-type in Modern Warfare, there’s no denying that the glitched texture provides a remarkable spot on Piccadilly. With a good amount of set-up required however, it might not be worth the investment in round-based modes like Cyber Attack for instance.

Instead, you could try this crazily fast strategy for Cyber Attack on Piccadilly and catch your opponents off-guard in the opening seconds of a round.