Call of Duty players have been clamoring for more 6v6 maps in Modern Warfare, and now developers Infinity Ward have finally issued a response.

Maps have been one of the hottest topics of contention since back when Modern Warfare was still in beta, some even calling them the worst in Call of Duty history.

One of the biggest issues fans have had with the maps is the fact a majority of them are too large, leaving only a handful small enough to be viably used for standard 6v6 game modes, such as Team Deathmatch, Hardpoint, and Domination.

Thus, one of the most oft-requested things has been for Infinity Ward to add more small maps that play better for those 6v6 modes.

On January 7, in response to a mention of that on Twitter, Infinity Ward Art Director Joel Emslie replied: “We completely hear you guys on this. Been working on it and continue as fast as we humanly can.”

We completely hear you guys on this. Been working on it and continue. As fast as we humanly can:)

This is obviously very encouraging for most players to hear, as it’s an admission that the devs are indeed working on making and adding more 6v6 maps.

However, while Shoot House has been a massive success, players have been more hesitant to praise the addition of the other three since they’re all from the original CoD 4 title and have been remade/remastered twice already.

It would be hard to blame fans for feeling a bit disgruntled because they’d much rather see new 6v6 maps rather than old ones get recycled over and over again, hence the tweet above. 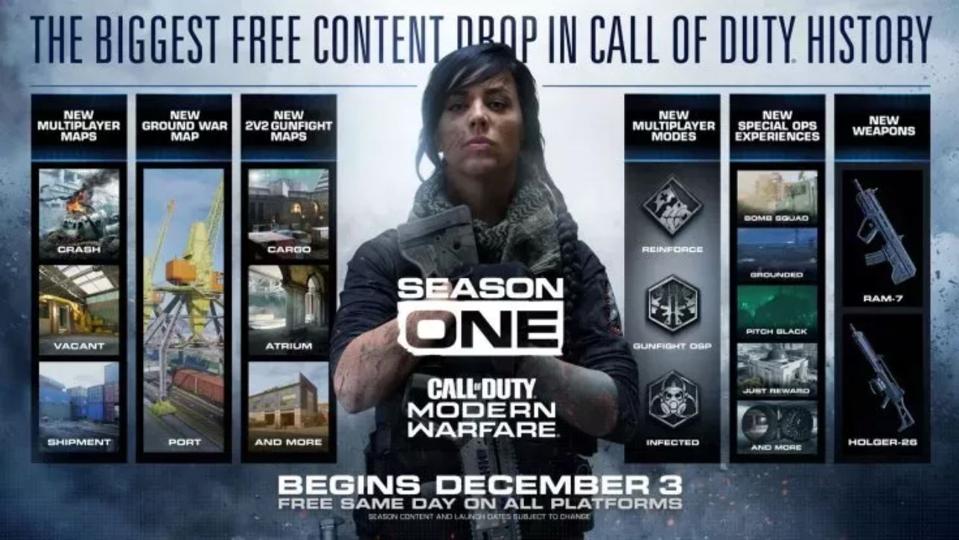 The launch of Season 1 in Modern Warfare saw the addition of three 6v6 maps, albeit all of which were remade versions of their CoD 4 counterparts.

When will Modern Warfare get more new maps?

Now that we know there are new 6v6 maps in the works, the question remains on when they will be added into the game. The earliest we will see one will most likely be with the launch of Season 2, which, like Season 1, will bring a massive wave of new content.

At this point, it’s unclear how many maps each new season will bring, and whether or not older maps will be again remade for this 2019 installment.

However, what is set in stone is the fact that all of the new maps will be 100% free for players on PS4, Xbox One, and PC, since Activision is no longer using the Season Pass and purchasable-DLC model.