The brand new Seaside Sunset and Firing Range Night maps have been added to the Multiplayer map pool, bringing the total number of maps in the game to 17.

These two maps are not entirely brand new in terms of layout since they’re based off the existing Seaside and Firing Range maps. However, they feature the maps during a different time of the day than normal, which changes the way each landscape looks dramatically.

Both maps are now live across all platforms and are not part of the Black Ops Pass, which means they are free to play for all players. 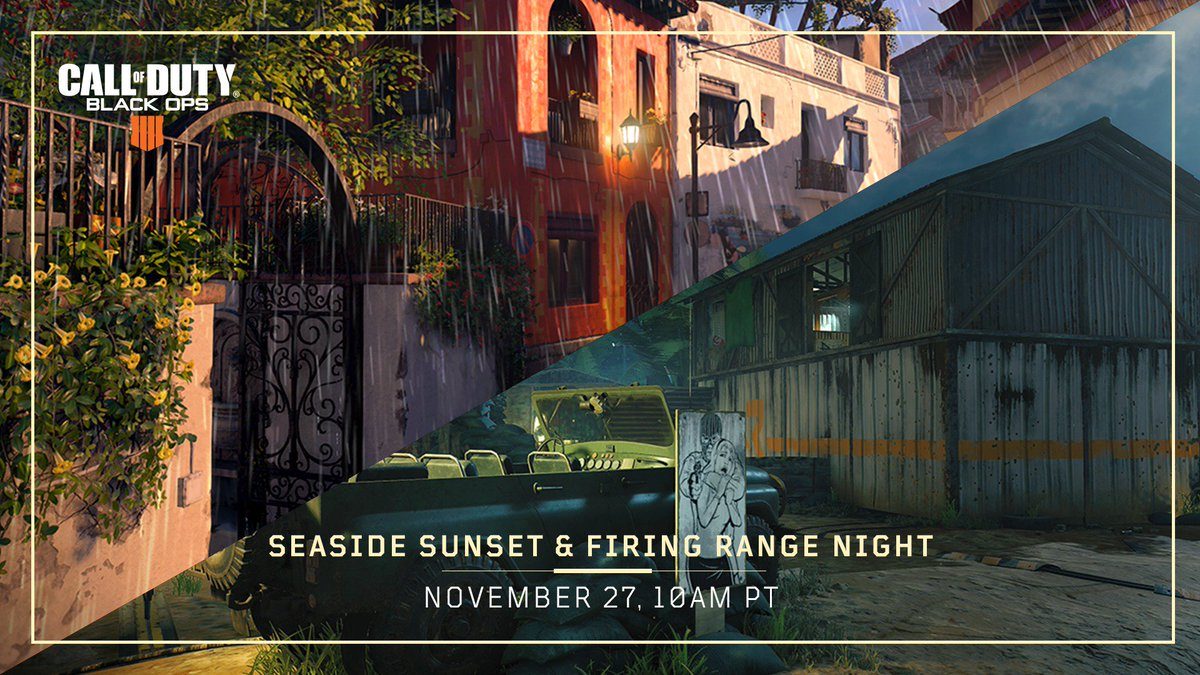 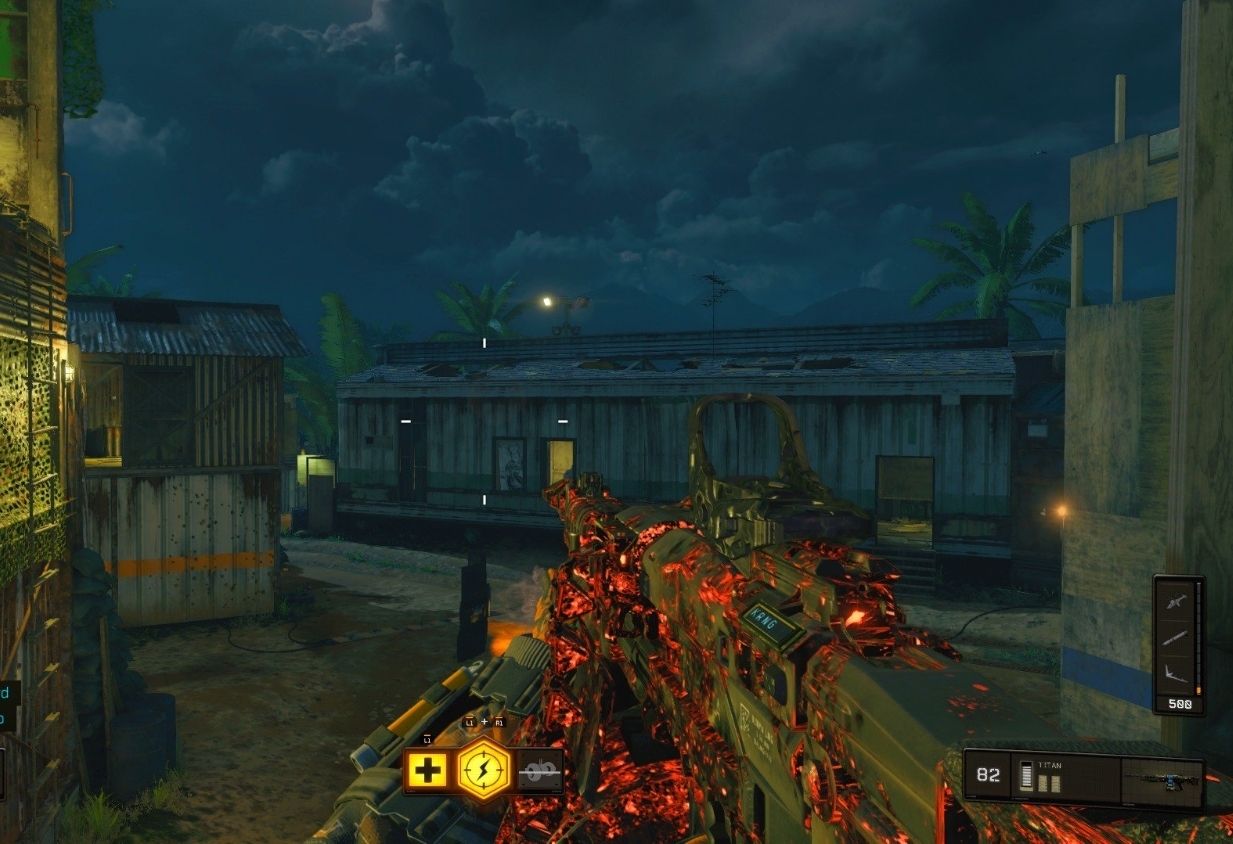 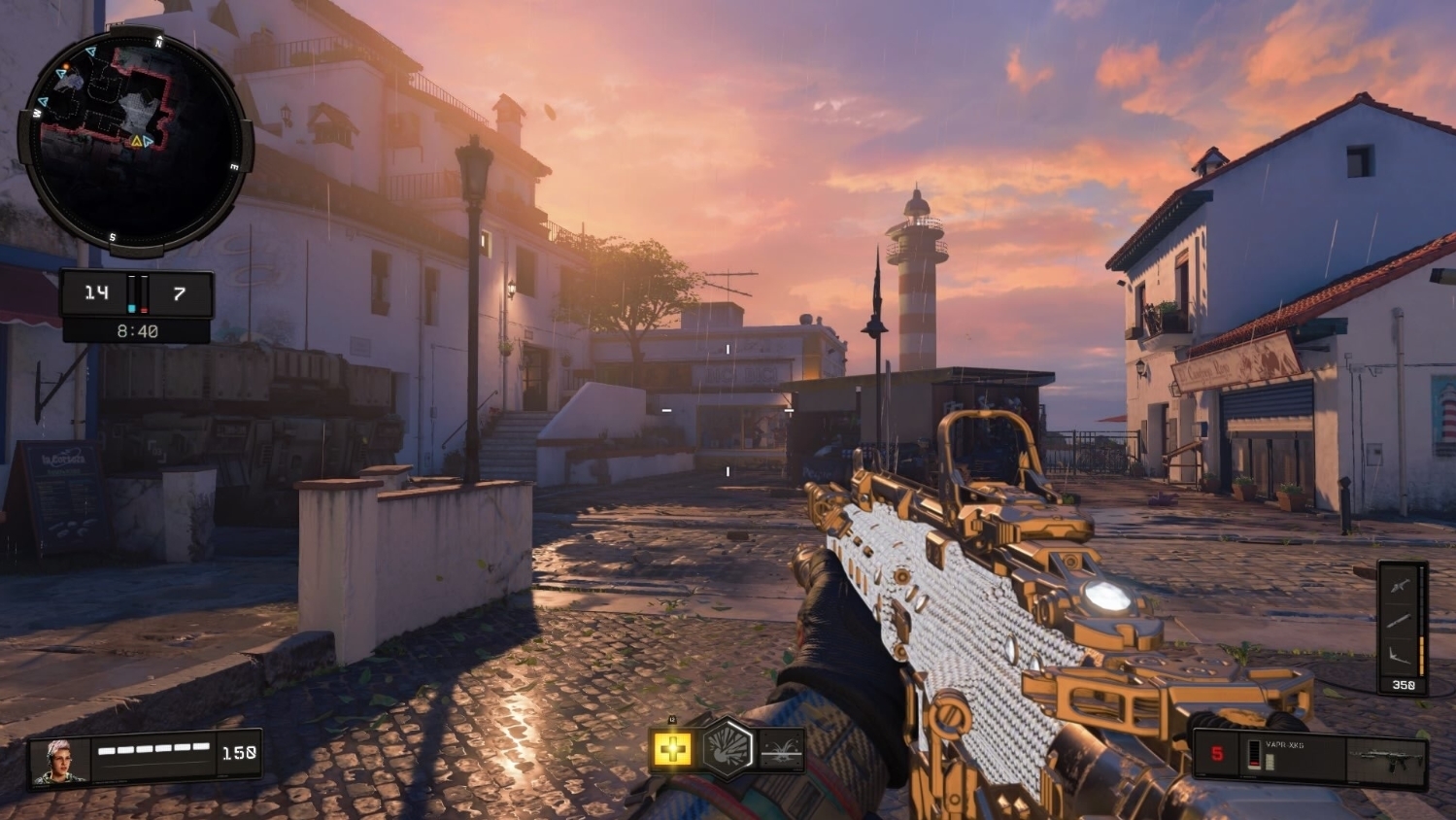 In addition to the maps, the November 27 update also added a new mode called Chaos Hardpoint, which features the classic mode but with a heavy twist.

In this version, the score limit is increased to a whopping 1,000 points, the Hardpoint Zones spawn in random order after the first zones, the team score increases with each additional teammate inside the active Hardpoint Zone.

Another new mode that’s been added is Safeguard, which makes a return after first being introduced in Black Ops 3. In Safeguard, two teams play an objective based match which involves a giant robot.

On offense, teams must try and get the robot from one side to the other before time expires, while the defensive team must try and stop the team and robot from advancing. 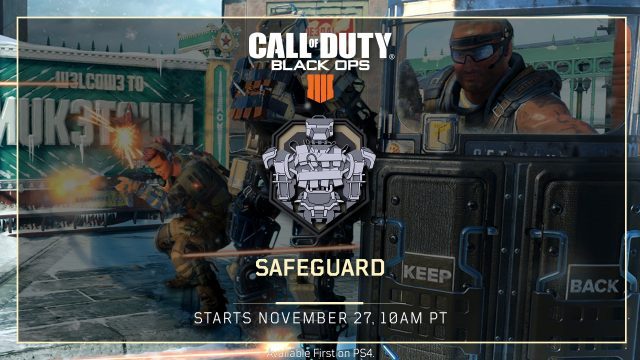 Safeguard is now live as the Featured Multiplayer Mode on PlayStation 4, but Xbox One and PC players must wait seven more days due to Sony’s exclusivity contract with Activision.

The Black Ops 4 version caps the max player count at 10, which would be two less than the max 12 player Safeguard lobbies in Black Ops 3. 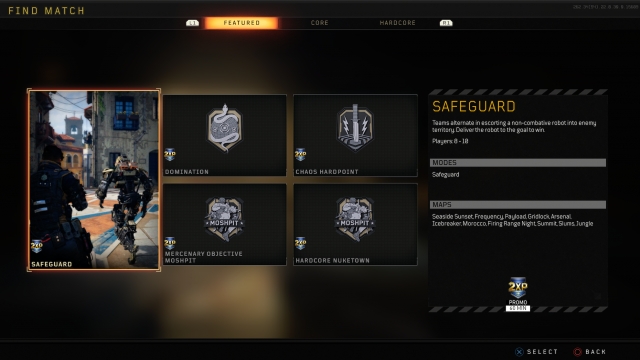 The full patch notes for the November 27 game update can be viewed below, as provided by Treyarch:\

In today’s Black Ops 4 update: Safeguard makes its Black Ops 4 debut on PS4 in Multiplayer! Escort the robot into enemy territory and keep the opposing team from doing the same to secure the win. We’ve also added three new playlists to the Featured category on all platforms: Hardcore Nuketown, Mercenary Objective Moshpit, and Chaos Hardpoint. See below for details and let us know what you think.

Seaside Sunset and Firing Range Night join the MP map rotation starting today as well, bringing a new nighttime flair to two of our most frenetic maps. These map variants are free for all players and join the map rotation indefinitely – let us know which version you prefer in the comments.

For our Blackout players, the Bowie Knife is now available in Equipment Stashes and as Zombies-related drops on all platforms! Get your hands on one for some stealthy 1-hit kills. We’ve also added Character Missions to unlock Dempsey, Nikolai, Takeo, and Richtofen, and the Blightfather event has returned on PS4, now with reduced Blightfather health in Solos and Duos for faster takedowns.

Zombies gets a new round of stability updates today, including fixes for crashes in all maps and specific fixes for IX. Stay tuned for additional improvements in a future update, and some exciting additions to Zombies in the coming weeks.

Also, a note to our South American Blackout players: We’re currently testing a Featured Playlist-only setup on consoles to ensure more players in the region are able to join fuller matches with solid pings. Thanks for your patience as we continue to evaluate various solutions to deliver the best experience possible for Blackout players in this region, and please continue to give us your feedback here and on Twitter (@Treyarch and @TreyarchPC).

Finally, we’ve added a new Summary section below to provide a quick glimpse at what’s new in each update. Check it out: