Black Ops 4: There's a major problem with how overtime works in competitive S&D and Control - Dexerto
Call of Duty

Black Ops 4: There’s a major problem with how overtime works in competitive S&D and Control

Reddit users have found a major problem with how the Search and Destroy and Control modes work in Call of Duty: Black Ops 4, especially when playing competitive matches.

The issue that most have with the modes is how the overtime period works. Overtime periods occur when both teams are within one round of the total number of rounds needed to win the match (5-5 for S&D and 3-3 for Control).

For example, if a team starts an S&D or Control on offense, they will have to play on offense if the match reaches the final round, regardless of what the player and team statistics are for the other rounds.

This is very different from how S&D has normally been in previous CoD titles, where the team that had the most collective amount of kills in the previous 10 rounds would get defense in the final round. If the teams were tied on kills, the following tiebreaker would go to bomb plants.

Those who play these modes competitively will know that there are advantages to playing certain sides on certain maps, and the defensive side of S&D has traditionally been considered the favorable side because the other team has to play the objective at some point.

While most on Reddit agree that this current OT system should be changed, some are proposing reforms to it that would go beyond how overtime has usually worked in the past.

One user suggested that instead of counting total eliminations for the primary tiebreaker, the game should instead consider bombs planted, then bombs defused, objective kills, overall kills, and the last score as the proper succession of tiebreakers. 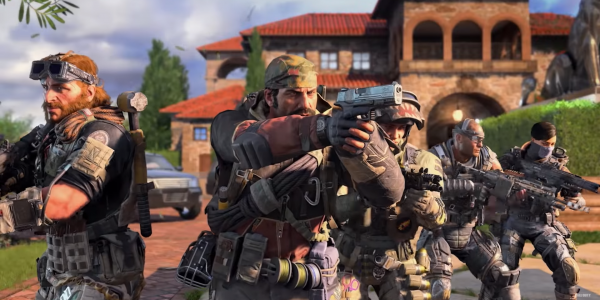 Choosing your team in the beginning becomes a lot more important in this year’s S&D and Control modes.

Some are proposing that whatever the tiebreaker is, it shouldn’t force the team that owns it to play the defensive side, as there are certain maps which have an offensive side that is more favorable and advantageous than defense.

It’s not clear as to why Treyarch did not code the traditional tiebreakers into this year’s game, and players will have to deal with the way things are for the time being.