Insider claims Call of Duty: Modern Warfare will “change everything”

The 2019 Call of Duty game, expected to be called Modern Warfare, will change the series on ‘so many different levels’, according to the YouTuber who first leaked the game’s title.

Call of Duty YouTuber LongSensation was the first to reveal that Infinity Ward’s next game would simply be titled ‘Modern Warfare’, as opposed to Modern Warfare 4, and this was later confirmed by various sources.

Activision and Infinity Ward are believed to have flown out a number of content creators to see the game early, including ProSyndicate, so it was only a matter of time until small nuggets of information came out. 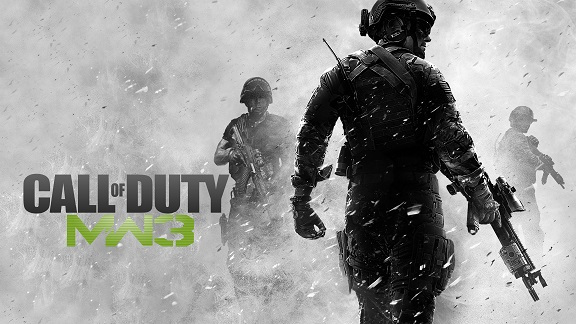 LongSensation already claimed that 2019’s Call of Duty: Modern Warfare would be the “most controversial” ever, following Kotaku’s report that the campaign was inspired by the ‘No Russian’ mission from Modern Warfare 2.

Although news of the campaign will excite some fans, the main attraction for many is still the multiplayer, and LongSensation believes that “this year will revive Call of Duty” – if everything he has heard is accurate.

“Think of everything you thought Activision/Call of Duty would never do, then they did it,” he explains, “We’re in for one hell of a year on so many different levels.”

Honestly, if everything I'm hearing is true, then this year will revive Call of Duty. Think of everything you thought Activision/Call of Duty would never do, then they did it. This is me saying this as a CoD fan – We're in for one hell of a year on so many different levels.

LongSensation goes on to clarify that although the idea that the next CoD will “revive” the series is an old trope at this point, he reaffirms that the game is so revolutionary that his statement takes on a different weight this time around.

He claims that everything will change, from “the core game, the DLC, eSports and even the overall business model” – perhaps another nod to free-to-play.

And I know "this title will revive Call of Duty" is said every year, but this title is so different on so many different levels. The core game, the DLC, eSports and even the overall business model of the game, everything will change. Stay tuned.

Kotaku first reported that this year’s Call of Duty could feature a free-to-play “component”, most likely free DLC maps or content.

Call of Duty set all its social media channels to ‘dark’ on May 28, writing “going dark” in their Twitter bio, presumably gearing up for the big reveal.

The reveal for Modern Warfare is expected on May 30, so there isn’t long to wait, and fans will likely see even more at E3 in June.