Professional Call of Duty franchise Minnesota Røkkr are hosting their very own Warzone charity tournament, with a $40,000 prize pool for charities of the winner’s choosing, as well as raising money for the University of Minnesota Masonic Children’s Hospital.

Warzone is the hottest battle royale game right now, just released in March to acclaim from players and critics alike, and the professional players are already getting competitive in tournaments.

With the Call of Duty League on hold, and many events canceled, Røkkr is helping to give starved fans some much-needed competitive content, all while raising money for good causes.

The event will be streamed on the Røkkr’s official Twitch channel, where fans can also donate to the charity directly. You can already donate now by heading to the official event page too.

We expect many of the competitors, which includes a variety of pro players, streamers and celebrities, to be streaming on their personal channels too.

The Røkkr Royale is about more than just the competition itself, with $40,000 in prize money up for grabs to be donated to a charity of the winner’s choosing. Additionally, fans can donate directly to the University of Minnesota Masonic Children’s Hospital, either through the Twitch stream on website.

100% of donations made by fans will be matched by the Minnesota Røkkr too!

“Players picking their charities has been great to see and hopefully will stoke some competitiveness during the tourney,” said Brett Diamond, Røkkr’s COO. “At the end of the day we’re all asking ourselves how we can help those in need during this situation, and we appreciate the opportunity to create some positivity during a tough time for many people.”

Joining the pro players are various celebrities and athletes, including stars from Minnesota sports teams like JT Brown, Trevor May, and Josh Okogie. Other celebrity guests include DJ JAUZ and rapper Quando Rondo, who will be teaming up with pros and streamers.

The event will be casted by two legends of sports commentary and hosting, Ben ‘Benson’ Bowe and Chris Puckett. “I’m pumped to be back in the commentary booth with Benson for a great cause,” Puckett said, “We got a stacked player pool, and Warzone is the hottest BR in town right now. This is gonna be fun.”

You can view the live bracket as it is updated here. 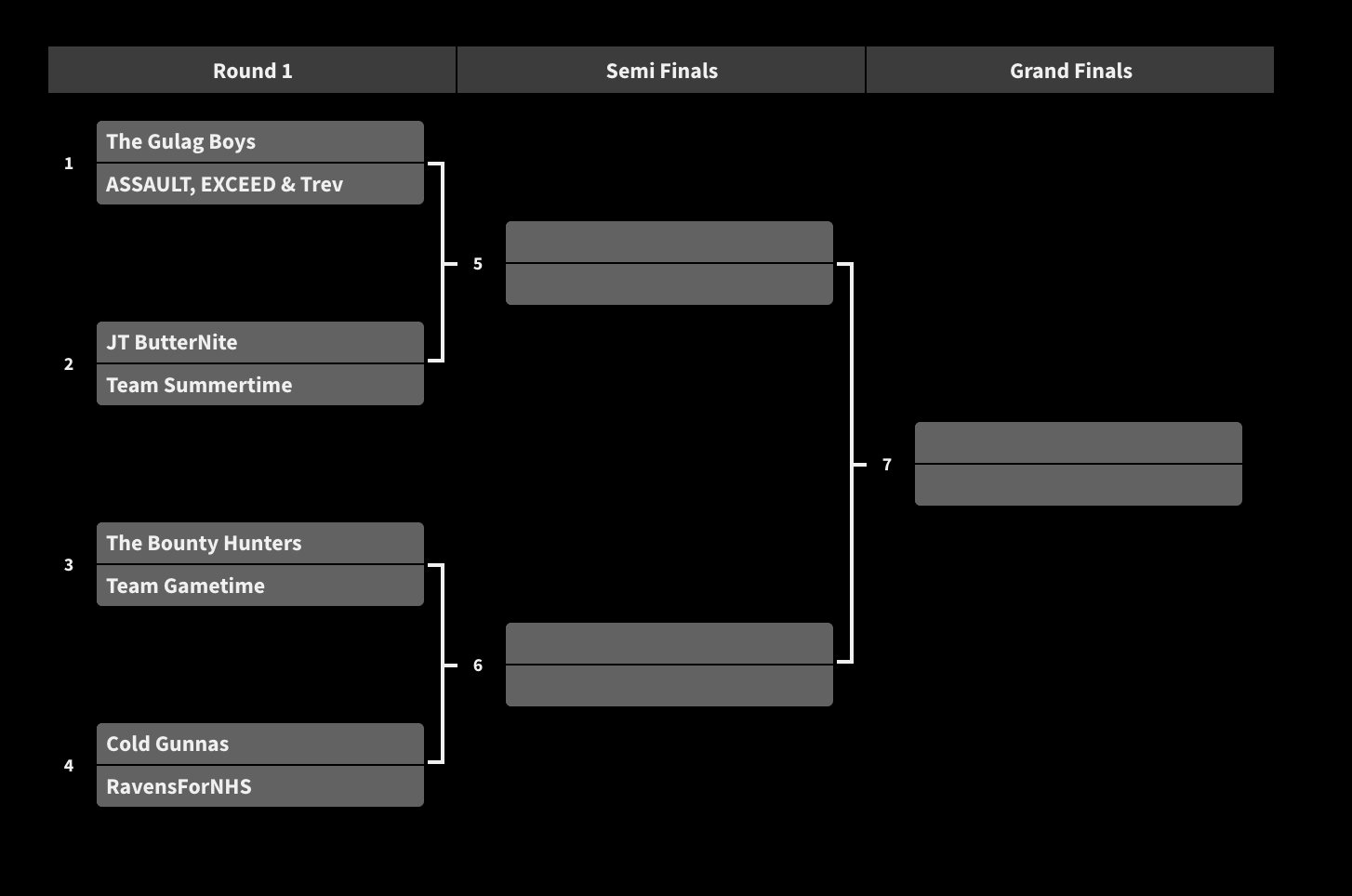 Prize money is donated to a charity of the winner’s choosing, in addition to money raised by fan donations (matched by Røkkr) for the University of Minnesota Masonic Children’s Hospital.