How the new Close Quarters mode works in the Blackout beta

Close Quarters uses the standard rules, mechanics, and 88 player lobbies of Blackout, but limits the weapons that players will be able to have at their disposal to SMGs, shotguns, handguns, and their fists.

As the name suggests, the the mode forces players to engage in much closer and tighter conditions, since they do not have the luxury of posting up with longer range weapons such as assault rifles and sniper rifles.

Submachine Guns, Shotguns, and Pistols only. Eliminate all enemy players to reach victory. 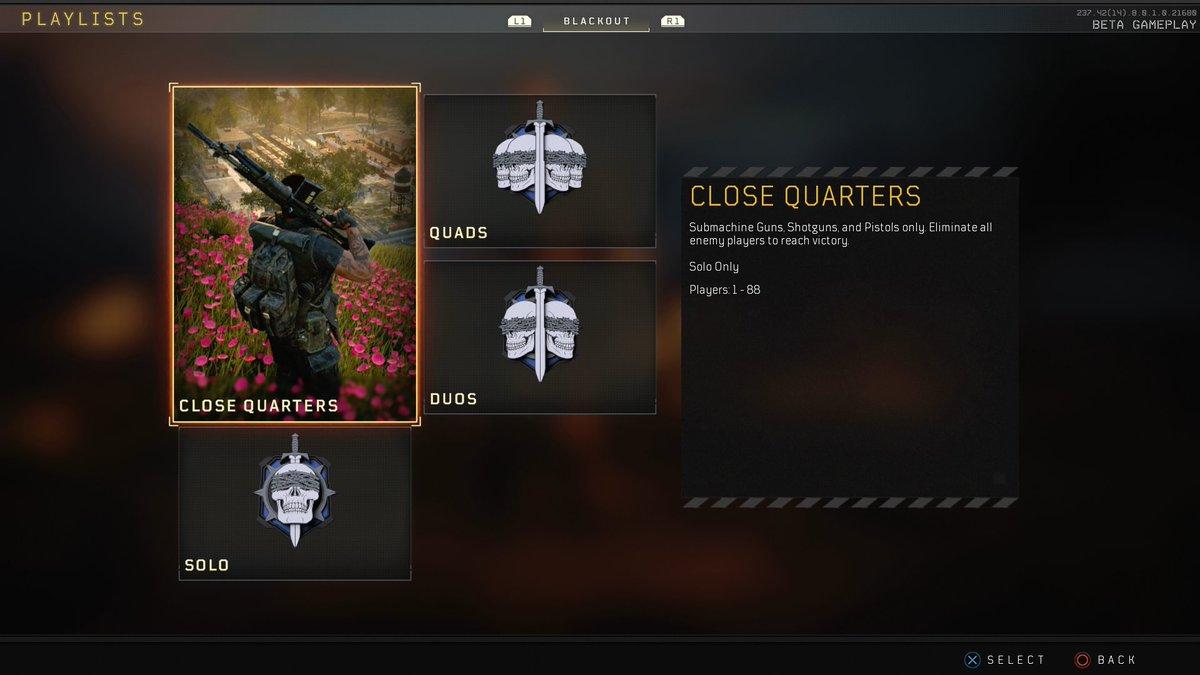 The Close Quarters playlist is currently available for Solo only, although Treyarch can open it up to larger parties at some point in the near future.

Just as with the previous featured playlist, called ‘Fast Collapse,’ this new mode seems to be part of Treyarch’s plan to experiment and try out new types of game modes in this beta phase, to see which ones are worth putting into the game when it fully releases on October 12.

This mode also give Treyarch the chance to gather more data about closer range weapons, since they are largely underused in favor of longer range and higher caliber weapons in the standard modes of Blackout.

The Close Quarters playlist was added to Blackout via the recent 1.08 update patch that introduced several major tuning adjustments and new content. For more details about this update, read the full patch notes here.

The Blackout private beta is currently live only on the Playstation 4, but will go live for the Xbox One and PC starting September 14. The beta will end on September 17 for all platforms.