H3CZ and Hitch were two of the most iconic members of OpTic Gaming to have recently parted ways with the organization following its sale to Immortals Gaming Club.

However, after a short turnaround, the pair will be joining forces under the NRG banner, which the former Green Wall CEO recently joined in an executive capacity.

On October 2, NRG’s official Twitter page posted the announcement in the form of a video skit, which showed H3CZ coming up with the idea while grilling outdoors.

The video then cuts to Hitch and the other two members of Team Summertime – Blake Cissel and JorgeNotGeorge – relaxing in a pool, revealing that idea to be him wanting to recruit the trio to his new org.

Team Summertime, referred to as TST for short, is a collaborative effort between Hitch, Blake, and Jorge to regularly put out content together on Twitch and YouTube.

Their streams normally feature all three members’ face-cams on the screen at the same time, which allows viewers to be able to see all of their reactions at once when something cool happens on the broadcast.

According to their respective bios on Twitter, they are now all content creators for NRG, so they will likely just continue to do what they have been doing since TST became their full-time gig back in 2018.

Their content will probably mainly be focused on Call of Duty streams and videos, with Modern Warfare due to be released on October 25, although they have been known to sprinkle some other games here and there, such as Minecraft, FIFA, and VR titles. 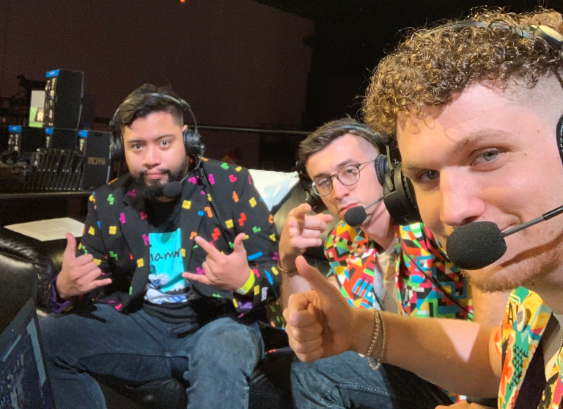 The three members of TST are tight-knit trio that produce a lot of popular content, especially in Call of Duty.
[ad name=”article5″]

As for NRG, this is obviously evidence that their recruitment of H3CZ as co-CEO is paying off already since he and Hitch had a long and strong relationship during their time with OpTic.

A content superpower like TST is a very nice addition to the organization’s group of content creators, as the trio will no doubt attract a lot of viewership on Twitch and YouTube moving forward.

In addition to their content, TST has also built a very positive reputation in the online gaming community, especially within the Call of Duty scene, thanks to their recent charity Black Ops 2 throwback LAN event in partnership with Movember, a charity that “tackles men’s health on a global scale.”