Hidden Blackout setting makes it easier to get down ladders

If you keep falling and taking damage every time you try to climb down a ladder in Blackout, this new game setting is exactly what you need.

What are the most dangerous things to do in Blackout? Flying a helicopter for the first time? Jumping from a high building and hoping your wingsuit works?

Many players have actually found the most precarious task of all should be a rather simply one – climbing a ladder.

A problem originally discovered in the beta, ladders in Blackout can be cumbersome obstacles. In most games, you would simply approach the ladder and would be given some sort of prompt, before automatically swivelling 180 and being placed on the decline.

But, Blackout requires you to walk backwards, very cautiously, until you hit the sweet spot, at which point you will then latch on. However, if you move just a smidge too fast, you will miss the ‘latching on’ bit, and simply fall off, possibly to your death if high enough.

Thankfully, Treyarch has realized that their more realistic approach to ladder usage may be simply too awkward for some players, and so have added a new option in settings called ‘Ladder Mounting Orientation’. 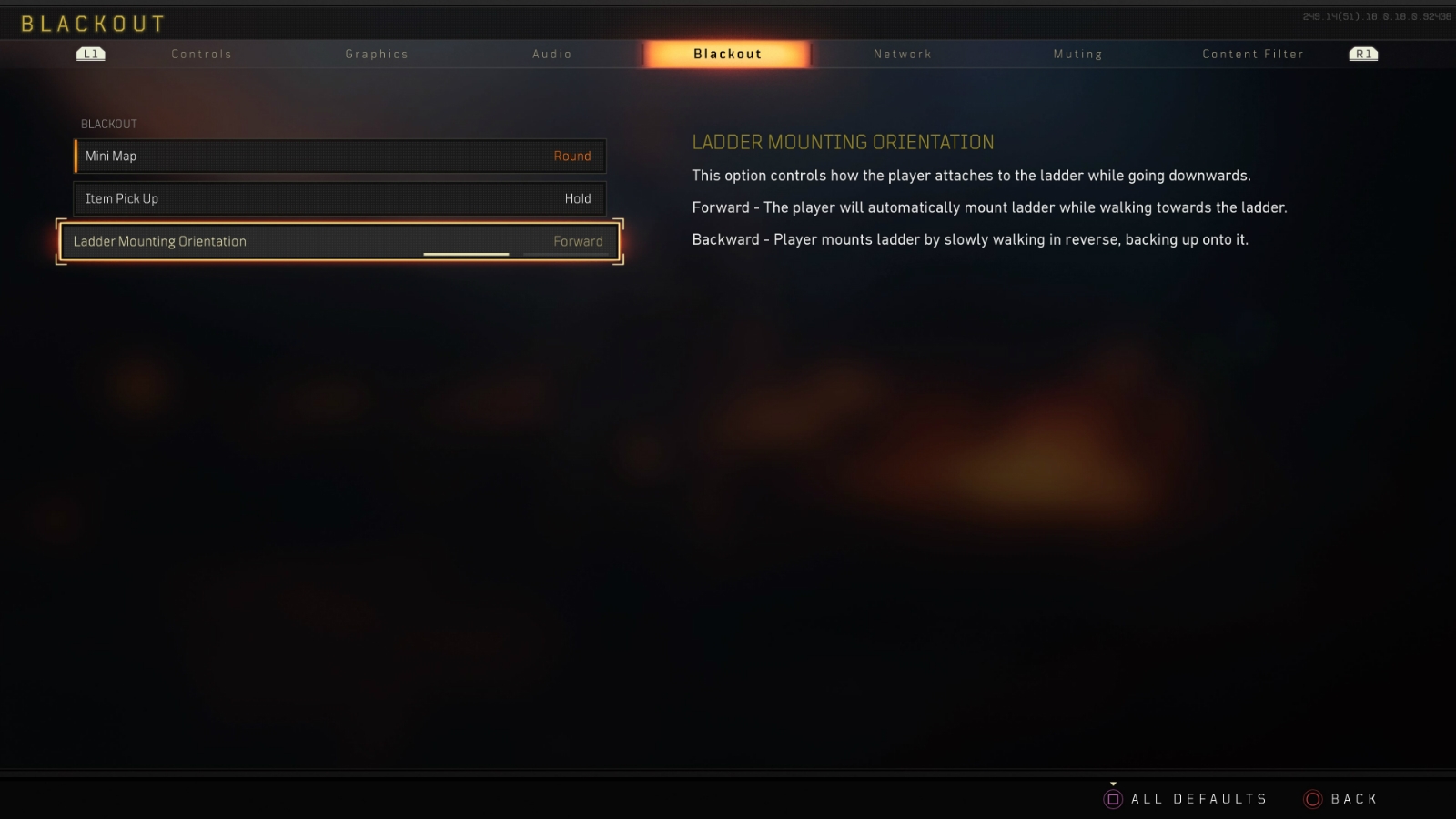 Simply head to the Blackout specific settings tab, and under the mini-map and item pick up settings you will see this new option.

Changing the setting to ‘Forward’ will allow you to simply approach ladders head on, and then get the latching on mechanic automatically.

Be careful however, as if you move too fast or sprint of the edge, the game will recognize that your are moving to fast and you will simply fall (unless of course it is a great enough height to use your wingsuit.