CoD Points, the in-game currency used in all Call of Duty titles since their creation in 2015, are now live and available for purchase and use in Black Ops 4 on the Playstation 4 console.

CoD Points went live in Black Ops 4 on October 31, and can now be purchased either using the in-game store or the Playstation 4 store.

The currency is currently only available on PS4, and will go live on Xbox One and PC on Wednesday, November 7, as part of the seven-day exclusivity agreement Sony has with Activision.

As of now, there are currently two Special Orders available in the Black Market – Bombero (800 CP) and Covert (500 CP) – which include a series of cosmetic items such as outfit skins and weapon camos.

These Special Orders are only in the Black Market temporarily, and will be replaced by new ones once the time above them expires. 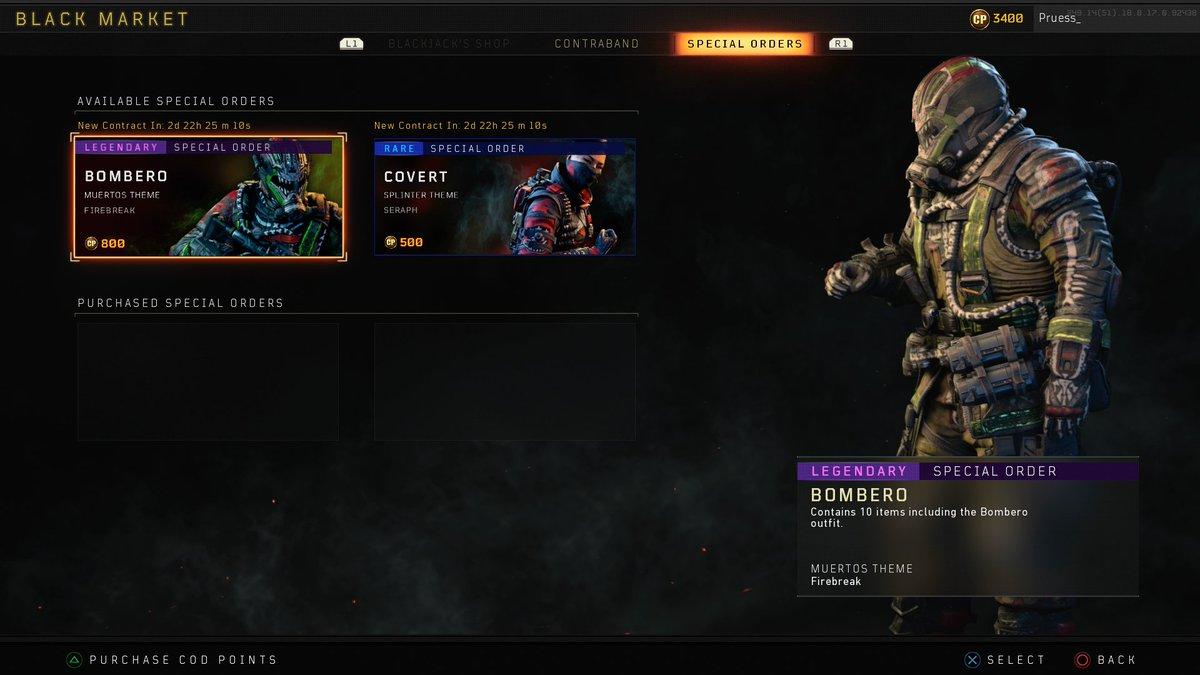 In addition, players can also use their CoD Points to purchase tiers in the Operation: First Strike event, in order to unlock the rewards offered in higher tiers sooner rather than unlocking them by playing.

Each tier costs 100 CP and all tiers must be purchased in order, which means that if a player wants to purchase a specific tier, they must also buy all of the locked tiers that come before it. Thus, the cost to go from tier 1 to 200 is 20,000 CoD Points.

Furthermore, once the max tier of First Strike is unlocked – tier 200 – 25 additional tiers appear, and an additional 25 after that, bringing the total to 250. As of now, it’s not clear if this pattern of 25 tiers appearing after each set continues past 250.

There are currently several ways that players can have CoD Points on their account. CP can be purchased either in the in-game store or via the PS Store for the prices shown below. 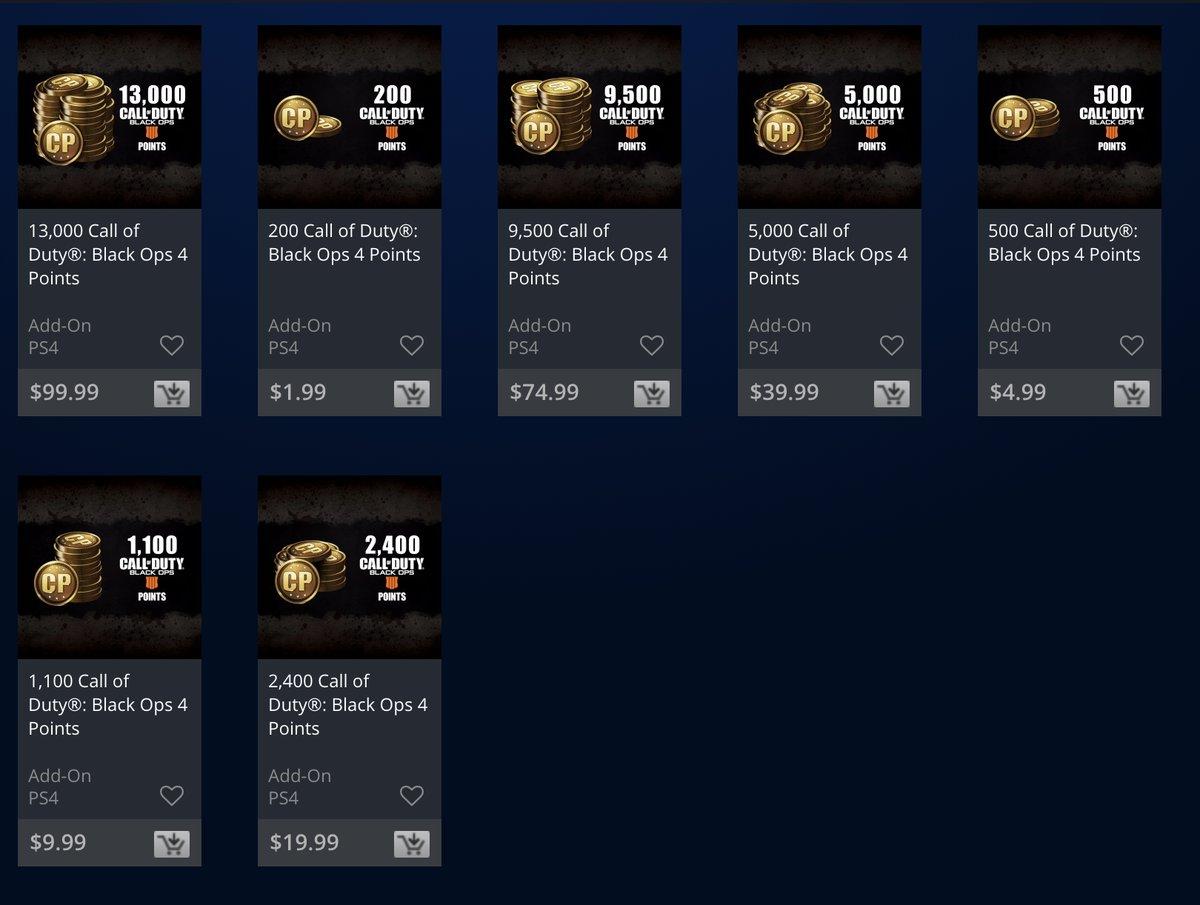 Additionally, all CP left over from previous Call of Duty titles will also transfer over to Black Ops 4, and all those who purchased the Black Ops Pass will receive 1000 CP in addition to 300 Nebulium Plasma.

Yu-Gi-Oh Master Duel: How to avoid “this account has pre-existing data” error