How to Get the Zombies 'Ray Gun' and Unlock the Mystery Easter Egg in CoD: Black Ops 4 'Blackout' Mode - Dexerto
Call of Duty

How to Get the Zombies ‘Ray Gun’ and Unlock the Mystery Easter Egg in CoD: Black Ops 4 ‘Blackout’ Mode

One of the best known Zombie-killing weapons in Call of Duty, the Ray Gun, has been unleashed in the Call of Duty’s ‘Blackout’ battle royale Private Beta, and with it, a mystery Easter Egg.

Shortly after the Call of Duty Blackout beta went live, Reddit user ‘Dosant’ posted an image of the iconic Ray Gun, which they said was picked up after killing a zombie in the Asylum area of the map. 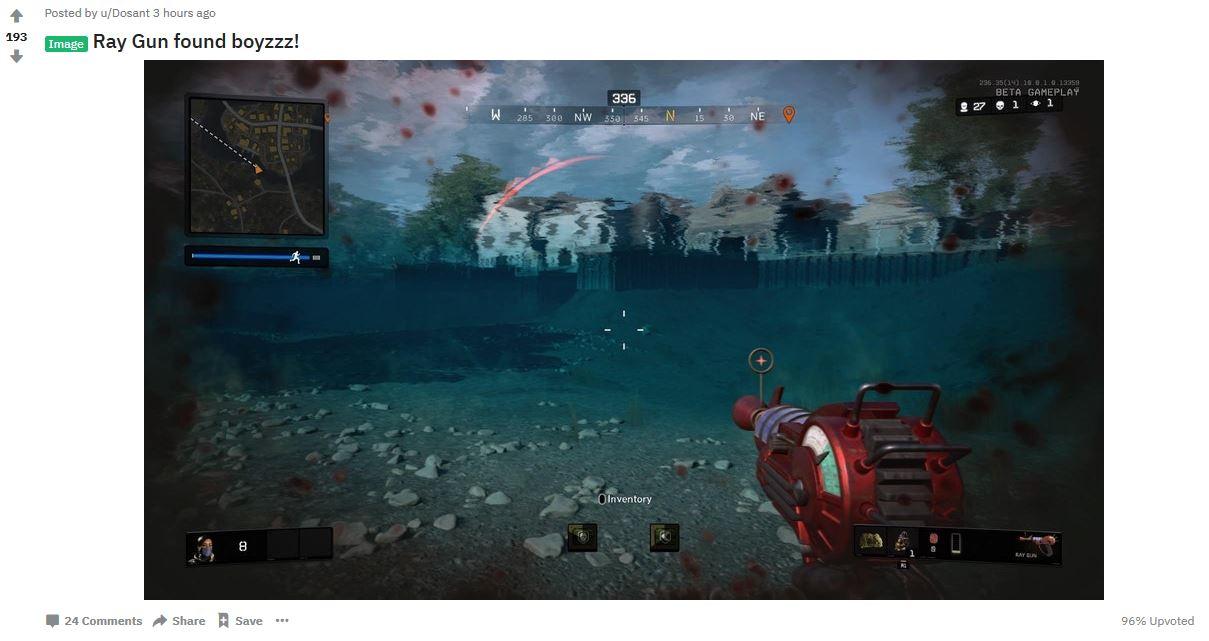 The Ray Gun was a beast weapon in past Zombie modes and seems to be equally impressive against other players in Blackout.

“I got a 145DMG shot on a guy earlier with it,” said Reddit user LordFred27 in the comments.

The Ray Gun in Blackout is semi-auto, so one pull of the trigger fires one shot. It deals high damage, but some users have said that the splash is much smaller than in Zombie modes.

Blackout’s Ray Gun has a retro-futuristic look that’s very similar to previous Black Ops games and some users have claimed that the look is too similar, like Reddit user ‘Lonely_Lord,’ who said they weren’t fans and that the weapon looked like it was rendered a decade ago.

Youtuber ProSyndicate uploaded a video on Monday on his zombie adventure finding the Ray Gun and unlocking a musical Easter Egg:

ProSyndicate picks up the Ray Gun in the same location, The Asylum, that Dosant did.

“I am legit playing Zombies right now, this is ridiculous,” ProSyndicate said while throwing a Monkey bomb in the video.

The addition of Zombies and Zombie slaying weapons into Blackout is sure to win over large parts of the CoD community. The excitement expressed by ProSyndicate after finding the Ray Gun is probably what a lot of zombie-centric CoD players will be feeling the first time they pick that little red monster up.