A former Infinity Ward employee who worked on the production of Call of Duty games between 2006 and 2012 has slammed the developer for the map designs in Modern Warfare.

Robert Bowling, also known as ‘fourzerotwo’, was a Creative Strategist and Community Manager at Infinity Ward who oversaw the releases of each of the original Modern Warfare trilogy in his time with the company.

Since then, he has worked with a variety of renowned gaming and esports companies, including NRG Esports and Electronic Arts, but has not distanced himself from the Call of Duty franchise completely, as evidenced in a tweet on November 5. 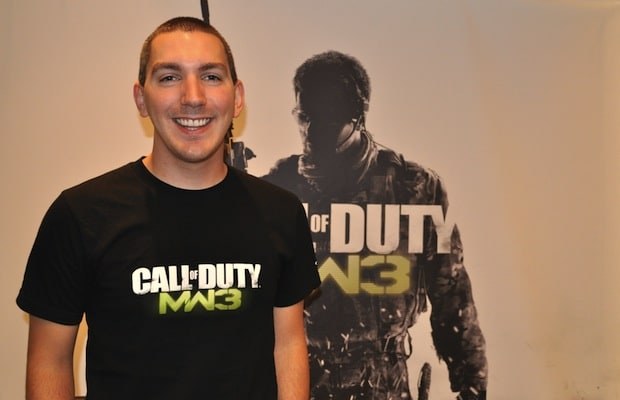 Robert Bowling worked on the original Modern Warfare trilogy but left in 2012.

Modern Warfare released on October 25, and since then players, streamers and pros alike have come out to complain about certain issues with the game and seek out more balance where possible.

Posting on Twitter, Bowling shared screenshots of the “Message of the Day” that was on the Modern Warfare main menu on November 5 – and he wasn’t impressed. He said:

“Seemingly. Endless. Places. To hide. IS NOT A SELLING POINT”

IS NOT A SELLING POINT pic.twitter.com/ncHNrOTpSL

The message in question was advertising the map Euphrates Bridge, a large map that features an assortment of destroyed buildings, blown up vehicles and a decrepit bridge that offer “seemingly endless places to hide.”

In a later tweet, Bowling confirmed that whilst he was enjoying the game, he believes that “words matter and I don’t think we need to promote hiding.”

To be clear I am loving this game.

It’s just that words matter and I don’t think we need to promote hiding. Get out and fight. Post up and snipe, rush and gun, PLAY.

Numerous high-profile individuals have come out to speak about the issues they’re having with the game, including Dr. Disrespect raging about shotguns and claymores and shroud addressing what he believes needs to be changed.

On the other hand, a number of people are really enjoying the game – as exemplified by Tom ‘ProSyndicate’ Cassell when he ranted at numerous pro players and even Dr. Disrespect on Twitter.