Tommy ‘ZooMaa’ Paparatto of the FaZe Clan professional Call of Duty team has announced an unfortunate update on his Twitch suspension.

The veteran Call of Duty competitor originally revealed that his account was suspended on September 5, although the reasons behind the suspension were unknown.

However, it was later announced that the suspension would only last for seven days, and he would be back on Twitch in no-time. 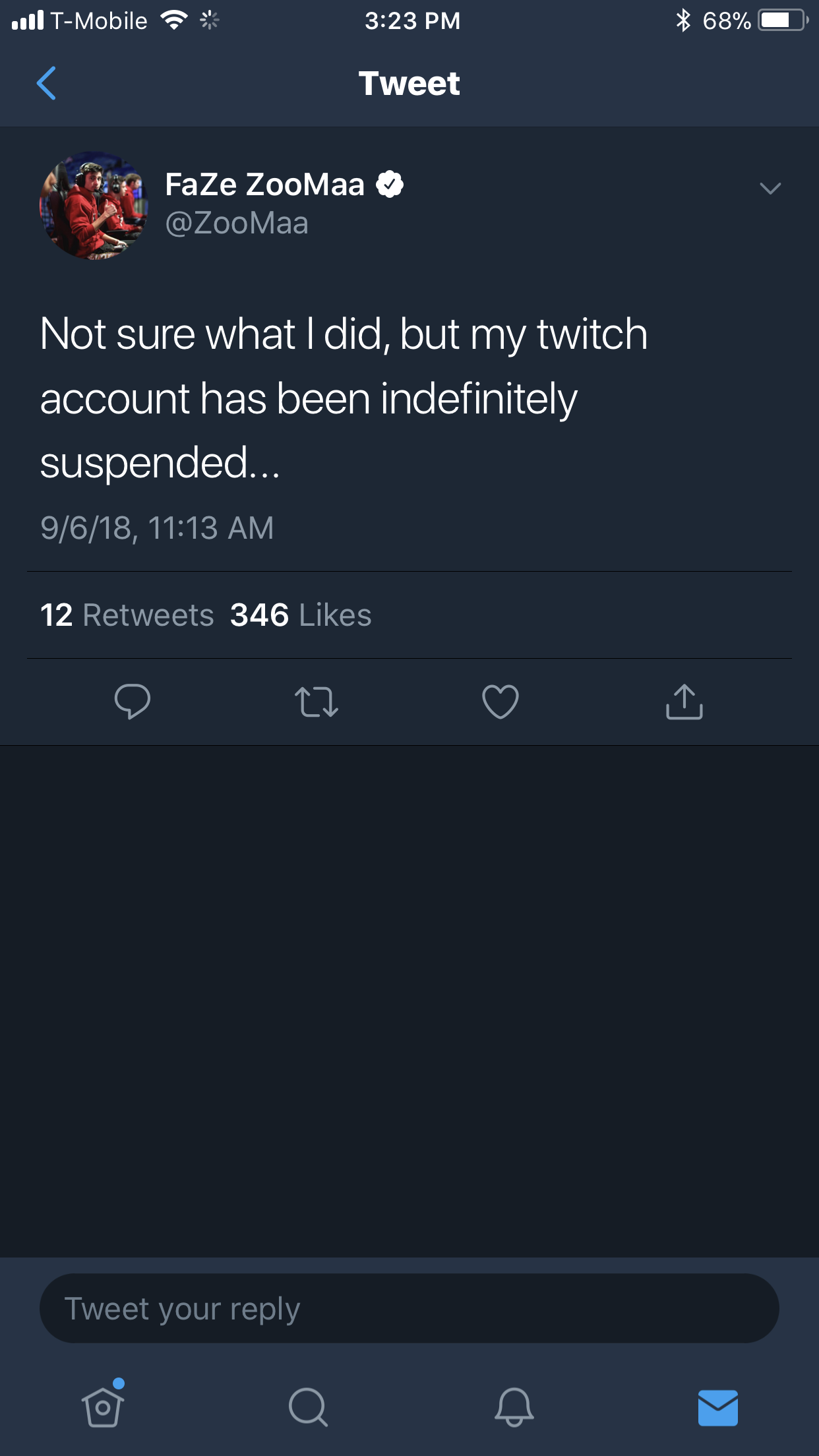 He later Tweeted that he is in contact with Twitch, but the situation is ‘looking slow.’ 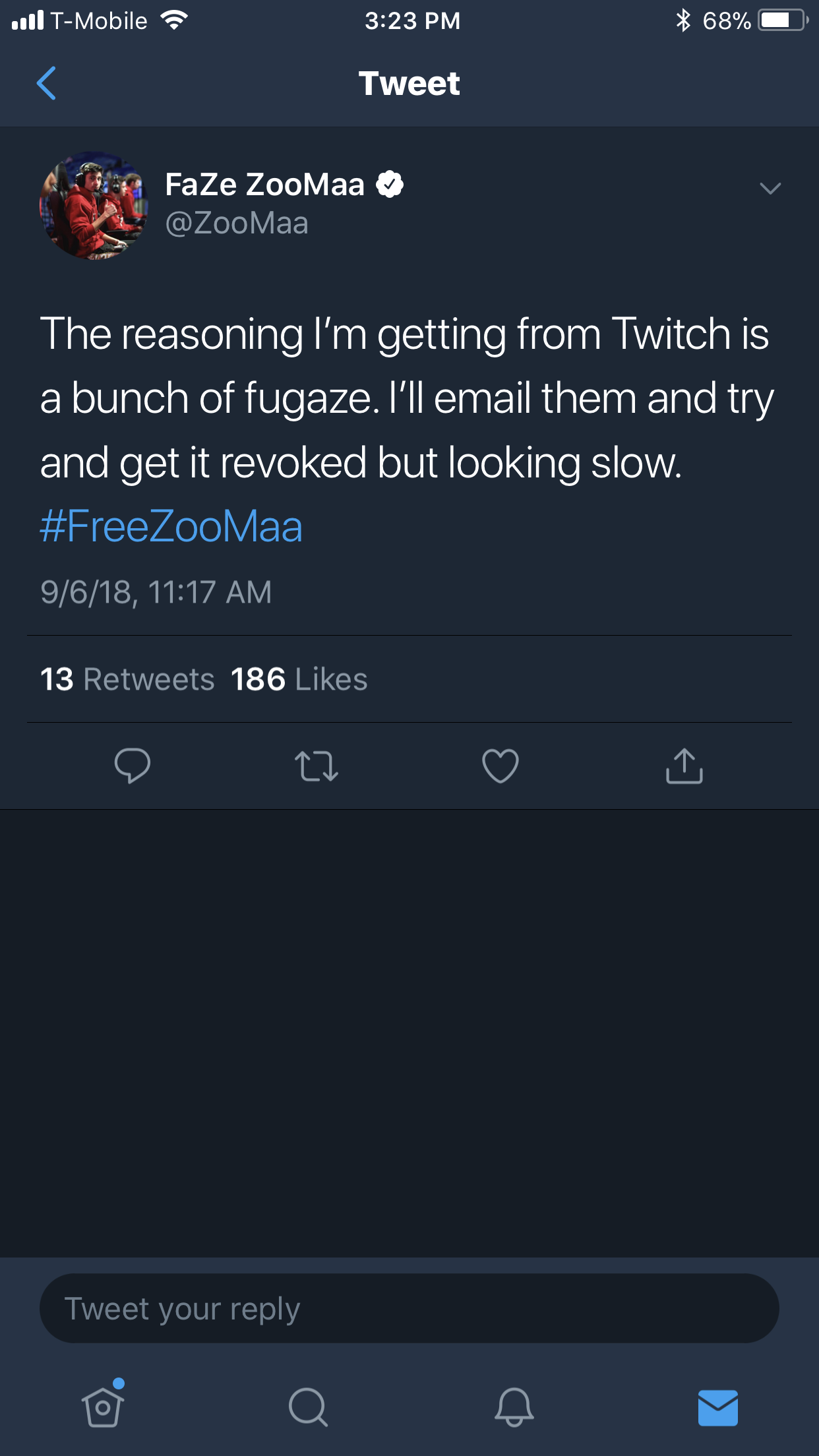 At the time of writing, the exact reasoning behind ZooMaa’s suspension is unknown, although we will continue to update the story as more information is made available.