On February 22, Excelerate Gaming announced that they were transitioning Ethan ‘FA5TBALLA’ Wedgeworth to the substitute’s role and promoting former sub Christopher ‘RobbieB3319’ Astudillo to the starting squad.

As a result, FA5TBALLA will lose his status as a pro player, and any benefits that come along with it, such as a guaranteed spot in future tournaments and any potential prize money.

After the roster change became official, FA5TBALLA posted a message on Twitter in which he emotionally recounted his side of the story, expressing his frustrations and sadness at the demotion.

“It was extremely hard for me to even type this out as I had a mental breakdown and went into shock when I received the news,” he wrote. “I have been up for 40 hours or so now, I have no idea what the future holds for me. I can only hope for the best.” 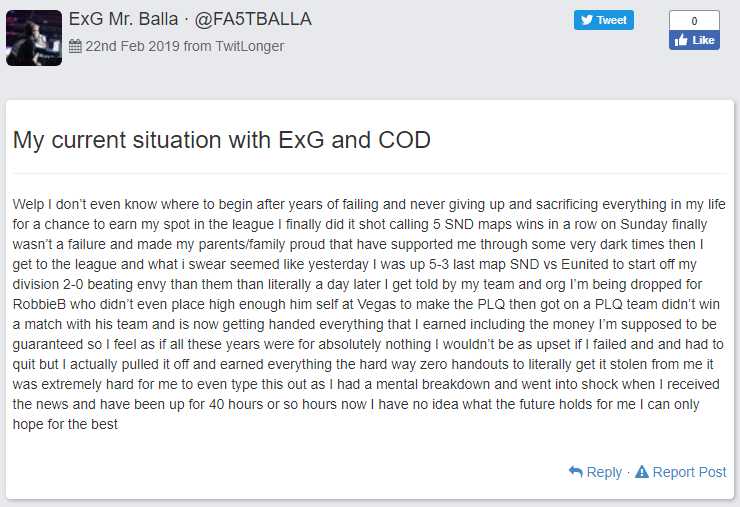 In response to some of the comments on Twitter, he also claimed that the main reason as to why the CEO of ExG, Justin, decided to drop him was because of his Kill/Death ratio in the CWL Pro League.

“I asked him [Justin] if he knew where all of the Hardpoints were located on the CWL maps and that there is more to CoD then a sheet of K/Ds,” he tweeted. “He had no answer.”

Apparently that tweet was the last straw for ExG, who had not yet released an official statement or explanation at that time, and CoD team manager ‘j0rdinho’ proceeded to explain on Reddit that FA5TBALLA was not telling the full story. 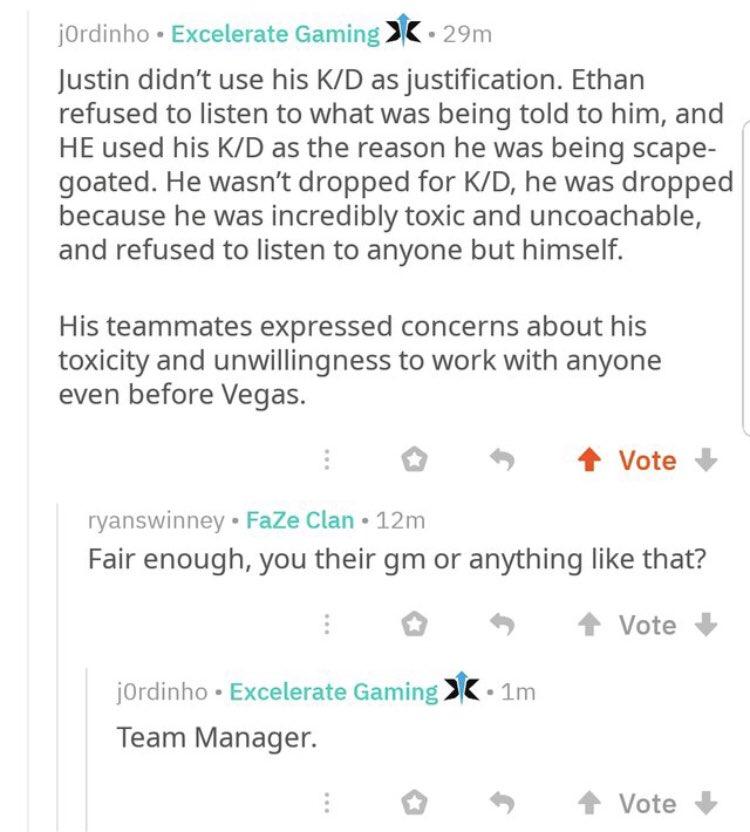 At this point, the official ExG Twitter account also released a full and formal statement, this time from CEO Justin himself, which essentially confirmed what the team manager had said.

“This change stemmed from the team, and as an organization we felt the need to carry out the decision based on their remarked regarding team atmosphere and overall cohesion.” 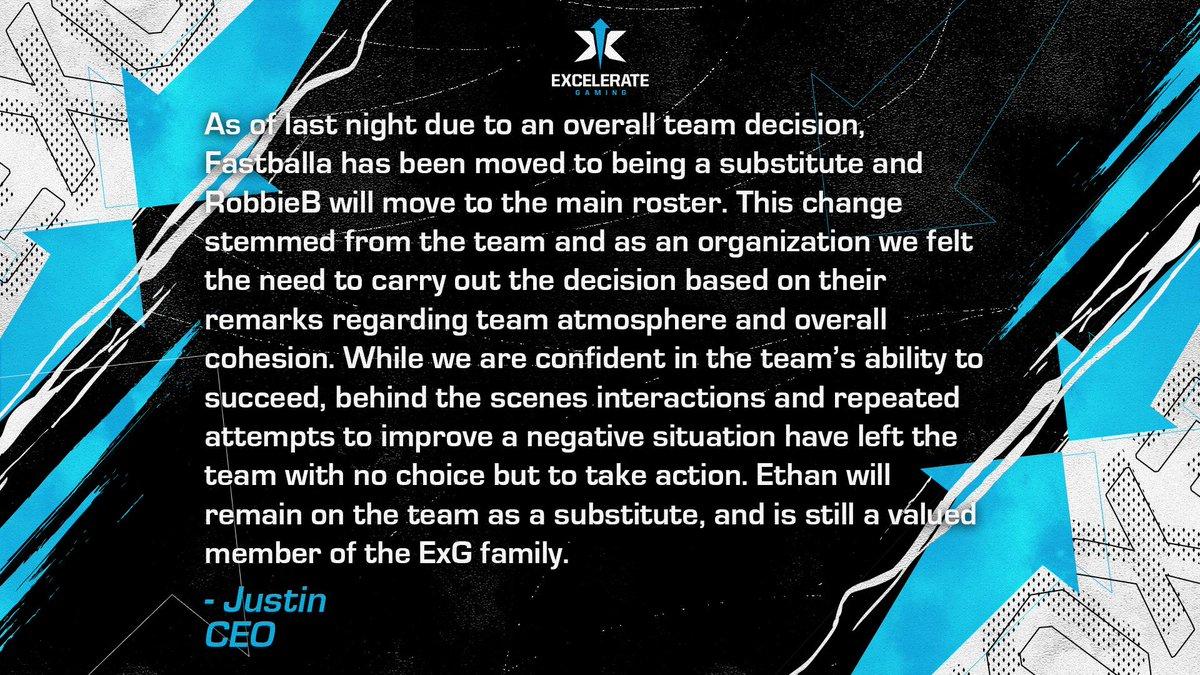 As one would expect, this roster move sparked a storm of reactions from the competitive CoD community, as many fans and pro players alike expressed their outrage at the roster change.

Their main contention was with the fact that ExG has played just three matches in the CWL Pro League thus far, going 1-2, and that it was way too early for a change of this magnitude.

But did the org make the decision or was your whole team trying to do this? Either way feel like it’s pretty dumb considering you guys weren’t bad by any means

Fastballa GRAFTED for that spot, could see the guy put everything into getting in the league over the years to get thrown to the side with his dream. Imagine qualifying for a league for the power to go to suits, franchise rules with no suit money.

ExG currently sit in sixth place of Division B at the CWL Pro League, tied with Team Envy and 100 Thieves at 1-2. You can keep updated on all scores, schedules, and standings my visiting our dedicated CWL Pro League hub.

How do you feel about this roster change? Do you think FA5TBALLA has a right to be upset, or is his demotion his own fault. Tweet us @DexertoINTEL and let us know what you think!