Treyarch and Activision have announced that new ‘Signature Weapons’ will be featured in the upcoming Call of Duty: Black Ops 4 title.

These will be purely cosmetic variations of the base weapons, meaning that they will perform exactly like the base weapons and will not have any new or additional stats.

Every Signature Weapon will come with its own set of individual challenges that players will need to complete in order to unlock additional cosmetic rewards.

Once every challenge for the weapon is completed, a final Mastercraft version will be unlocked that will include the finalized version of the weapon in terms of its cosmetic appearance.

Players who pre-order or purchase any of the special editions of Black Ops 4 will receive the Signature Weapon variation of the MX-9 SMG. 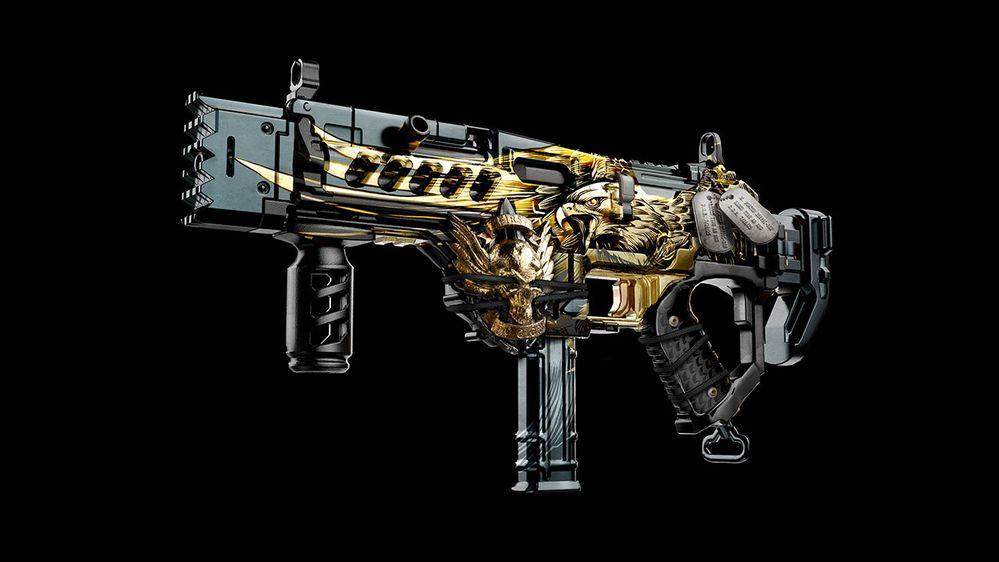 Additionally, players who pre-order the game from GameStop will also receive the ‘Divinity,’ which is the Signature Weapon of the Strife pistol.

The Divinity will come with its own set of in-game challenges that, once completed, will turn the gun into the ‘Divine Justice,’ a gold and white cosmetic variation that will be the Masterclass version of the Signature Weapon. 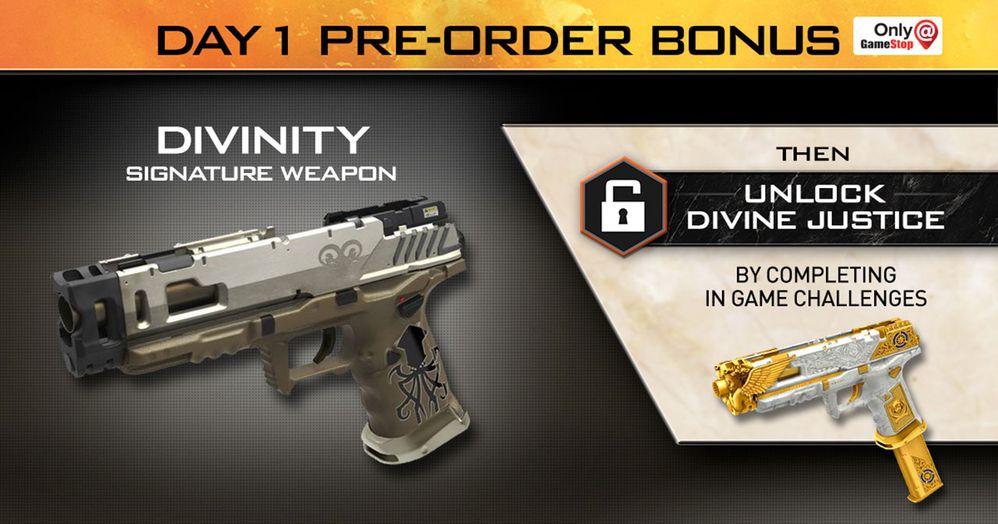 This means that the only way players can get both the Divinity and MX-9 Signature Weapons is by pre-ordering the GameStop Pro Edition of Black Ops 4.

While variant styles of base weapons have been in Call of Duty before, this is the first time they will be purely cosmetic and not have any stat boosts or differences.

Players will be able to enjoy Signature Weapons and everything else Black Ops 4 has to offer when the game launches on October 12.

The entirety of the announcement from Activision and Treyarch can be read below:

Signature Weapons: Accept the Challenges and Get the Rewards

Find out how you can customize your Loadout even further with Signature Weapons in Call of Duty®: Black Ops 4

Players in Call of Duty know that a loadout isn’t just what you carry into battle… it helps to define who you are as a player. Whether you’re spending countless hours tinkering with your perfect set of tools to carry into a match or watching Killcams to see what your enemy used to take you down, loadouts are a constant source of pride and bragging rights in Call of Duty.

For the first time in a Call of Duty game, Black Ops 4 will introduce Signature Weapons. These are cosmetic variations of the base weapons in Black Ops 4, each with their own challenges and rewards. Signature weapons do not have any game-altering stats and perform exactly like their base weapon counterparts. The beauty of Signature Weapons is in the additional layers of depth that they add to the game’s progression with their individual challenges. These challenges must be completed in order to unlock additional cosmetic rewards for that weapon, with the final being a Mastercraft version of the Signature Weapon.

Signature Weapons are the most badass looking weapons in Black Ops 4, and a badge of honor for the battle-hardened players that have invested the time to achieve the Mastercraft versions.

And that’s not all! Players who pre-order Call of Duty: Black Ops 4 specifically at GameStop will receive the Strife pistol Signature Weapon: “Divinity” on Day One. Players that complete in-game challenges with the Divinity and manage to unlock all of its rewards can wield the golden “Divine Justice” and showcase their skill and dedication to friends and foes alike.

For more intel about Call of Duty: Black Ops 4, be sure to visit CallofDuty.com/blackops4 and follow @CallofDuty and @Treyarch on Twitter.