Call of Duty: Modern Warfare 2 is now Backwards Compatible on the Xbox One.

The announcement came via Major Nelson of Xbox on Tuesday, August 28, with the title going live on the Xbox One on the same day.

Fans have been requesting MW2 as a Backwards Compatible title for years, and will now have the opportunity to play the game on the Xbox One. 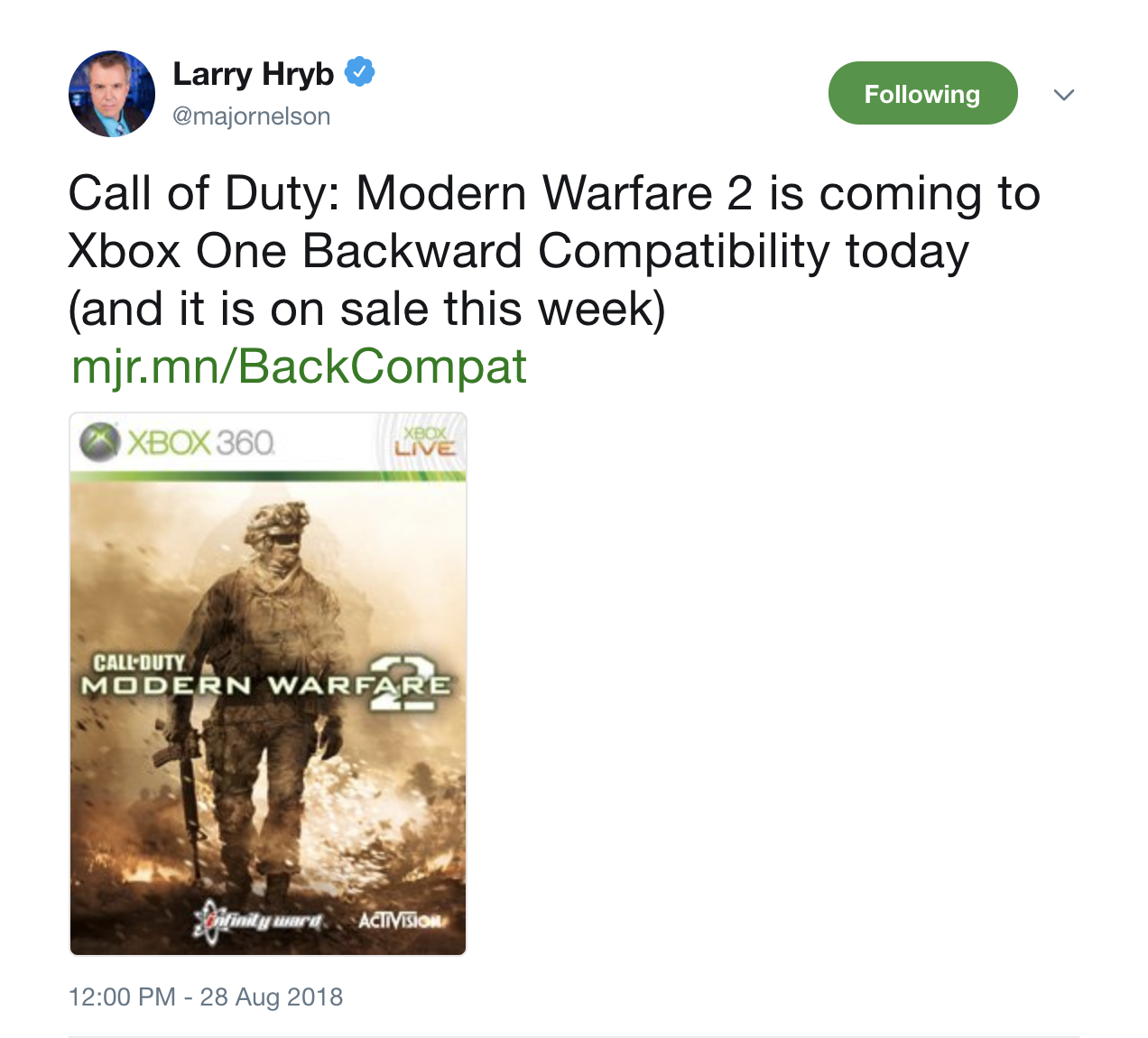 It has been reported that a player’s statistics will remain the same in the Backwards Compatible version of MW2 as they were on the Xbox 360, meaning that if your account was banned previously, it still will be.

All MW2 DLC will also be playable in the BC version, however, a player must already have purchased it in the past.

Call of Duty: Modern Warfare 2 was originally released in 2009, and gained a substantial amount of fanfare for its new take on the CoD franchise.

We will continue to provide more information on this story as it is made available.