The next instalment of the $2,500 CMG ProDown tournament takes place over January 27 and 28, as some of the best North American-based Call of Duty teams take part in the online event.

The majority of the field is made up of professional rosters, with some aspiring pro teams making up the numbers, making sure that whatever stream you tune into, you’re sure to see some of the some of best talent in the game.

With CWL 2K tournaments now pretty much meaningless for professional teams as they’ve acquired the needed Pro Points, the CMG ProDown should give them some tougher practice in high pressure situations.

It also helps that there is some some decent prize money on the line too.

OpTic will look to continue their dominance in these tournament.

When does it start?

The ProDown tournaments are typically played over two days, due to the lengthy best-of-5 winners bracket rounds, the best-of-5 losers bracket matches and just the general set up and starting of games.

What is the bracket?

In total there are 16 teams and round one matches are as follows:

The full updating bracket can be found on CMG’s website. 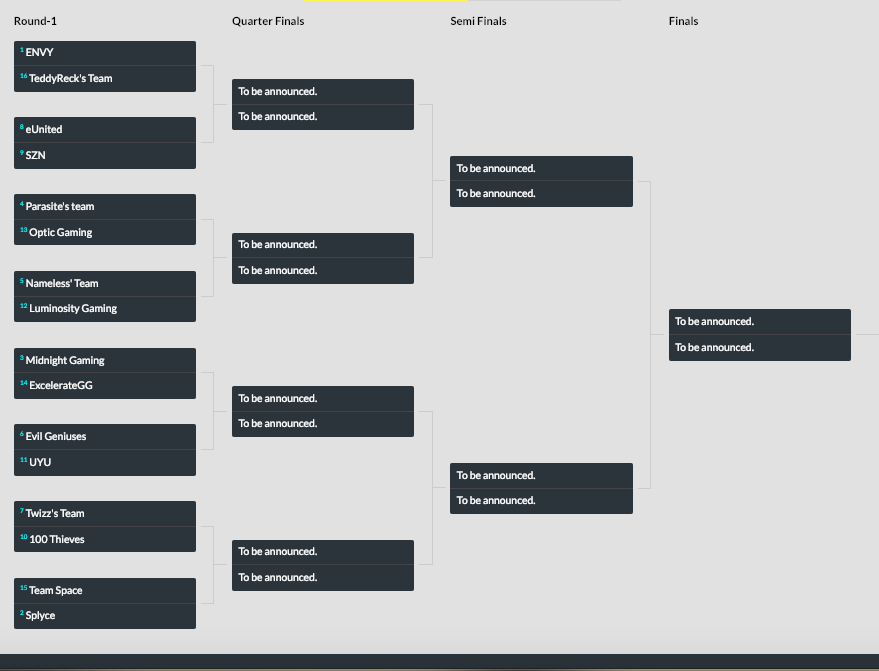 The bracket in full.
[ad name=”article3″]

Matches will be played on the Control, Hardpoint and Search and Destroy game modes on the maps Arsenal, Frequency, Gridlock, Hacienda, Payload and Seaside.

Where can I watch?

A number of professional players from different teams will usually stream the event. Bar the exception of one Pro Down event earlier in the year when there were no streams as pros opted against it.

Below is a number of streams from different players who will stream the event.