Blackout paint cans | What are they, where to find them and feedback - Dexerto
Call of Duty

Blackout paint cans | What are they, where to find them and feedback

The introduction of paint cans within Blackout has caused quite a stir in the Black Ops 4 community. Others simply haven’t figured out their purpose. We discuss what they do, where to find them and how Blackout players have been reacting to them.

What are the paint cans in Blackout for?

Paint cans are required to progress through the new weapon skin system. Unlocking the highly coveted gold, diamond and dark matter skins is completely dependent on finding these paint cans.

However, before you can get to these camos, you’ll need to unlock the other skins first. The cost of the “easiest” skins starts at 5 paint cans. This increases as you progress towards the gold camo.

Unlike other items, when you die they can’t be looted from you. Therefore, if you accumulate 10 paint cans in a given Blackout game then these will be in your inventory after. They will then be available to spend in the Armory. 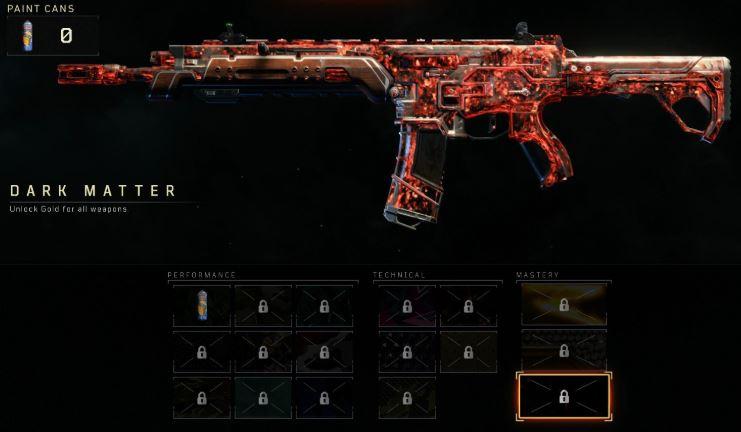 Where are the Blackout paint cans?

Unless you spend your time on Blackout running whilst looking in the sky, you will have inevitably seen lots of paint cans lying around. Paint cans are all over the place.

Their locations vary from sitting on the road to being in among more traditional looting places. So far, their locations appear to be completely random though.

The best way to find them, quickly, is to hop on a vehicle, preferably the ATV, and drive around sticking to the roads. This is where they are most noticeable.

Given the amount required to unlock dark matter, it is probably best not to focus on them. Instead, stick to playing Blackout normally and naturally accrue them.

As with most new features in a game, feedback has varied. The Call of Duty players who are least impressed with the introduction of this new camo unlocking method have been the most vocal though.

The main gripe with the system is the sheer volume of paint cans that are required to progress fully. Of course finding a balance between being too easy and almost impossible isn’t an easy task. It has been estimated that 8,910 are needed to unlock dark matter! Irrespective of how many are needed, there are always going to be players that think it should be easier or harder.

Another complaint is that unlocking the highest levels of camo isn’t rewarding. Previous COD games would require a certain number of kills with a particular gun. Hardcore players are still coming to terms with simply picking up paint cans.

In addition to this players want the hardest items to unlock to represent good gameplay. For example, it stands to reason that if unlocking the “hardest” skins was based on gameplay driven objectives then generally the best players would have them.

David Vonderhaar, better known in the Black Ops community as Lord Vonderhaar, has responded to the criticisms of the new progression system.

The idea that Challenges drive you to use other weapons you may not typically use is great feedback. However, we don’t need to use Camo to do that.

Essentially he is arguing that Blackout isn’t, currently, considered as competitive as multiplayer. He also makes a reasonable point where he refers to the grind of getting headshots with different guns. On paper getting those headshots might sound like fun but in reality it could be too much of a grind. No doubt there will be Call of Duty players that both agree and disagree with him.

WestR, House Tarth, and Renegades have all come away as champions in their respective regions as the fourth Black Ops Cold War Challengers Cup event is now in the books.

Just under 1,000 teams competed around the world as the weekend-long event offered up pro points alongside the standard prize pool. No different from earlier Challengers Cups, $2,500 was on the line across NA and EU while APAC battled it out for a share in $1,500.

The fourth Challengers Cup event kicked off on January 16 and came to a close just one day later. Hundreds of teams duked it out though a number of familiar names topped the pack once again across all three regions.

WestR once again proved to be an unstoppable force in NA. The reigning champs cruised through this week’s upper bracket without much difficulty. Despite a remarkable showing from NSYL Academy on their way through the lower bracket, they couldn’t quite matchup in the Grand Finals.

On the EU side, House Tarth climbed their way back to the top spot after two weeks of finishing in the Top 6. They took down Connect 4 in back to back matchups, winning 3-2 in the Winner’s Finals and then 3-1 in the Grand Finals.

Similarly, Renegades pushed back to the top of the APAC region after their extraordinary winning streak came to an end in Challengers Cup 3. They took down VOID Collective 3-1 in the final series.